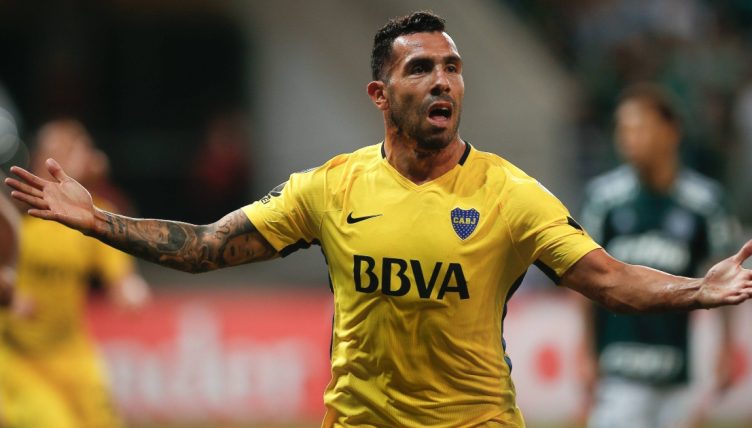 Players are well accustomed to picking up injuries during a game or on the training field – but sometimes they are ruled out of action in rather more unusual circumstances.

From shaving to dropping bottles of salad cream, there have been some utterly bizarre causes of injuries over the years.

And we’ve rounded up the pick of the bunch…

Tevez returned to Argentina for a third spell at boyhood club Boca Juniors in 2018 and impressed with three goals in five games following a disappointing spell in the Chinese Super League.

However, he soon angered bosses at the club when he returned from visiting his half-brother in prison with a tear in his soleus muscle after getting involved with a kickabout with inmates.

This was at a maximum security facility in Cordoba, incidentally, where his half-brother is serving 16 years for armed robbery.

Just a month before Tevez suffered his injury, Queen of the South goalkeeper Henderson was ruled out in even more extraordinary circumstances when he was hit by a runaway cow.

If only the Queen had been there to warn him.

Most of the injuries in this list were the result of misfortune. But not this one.

Because when Vassell was suffering from a blood blister under his big toenail in 2002, rather than consult the numerous, fully-qualified staff on Villa’s payroll, he decided to power up his Black and Decker and drill through his nail to drain the blister.

Remarkably, the ‘treatment’ caused no more damage than a blood infection and the removal of his nail. He missed only three matches.

The Real Madrid star famously missed the first Champions League game of the 2017-18 season with an infected pimple after shaving his legs.

It kind of puts it into perspective when you remember Bert Trautman played (and won) in the FA Cup final with a broken neck.

The Wimbledon FA Cup hero had fought his way back into the Chelsea team after being told he would never again play for the club following a series of screw-ups in the 1992-93 season. But a jar of salad cream eventually ended his career at Stamford Bridge.

During pre-season in 1993, when Glenn Hoddle had just taken over at Chelsea, Beasant dropped the jar on his foot, severing tendons in his big toe. And he never played for the Blues again.

Oh, and you might think it sounds like a lot of damage, but it was a 2kg jar. Big Dave obviously buys in bulk.

Continuing the theme of goalkeepers dropping stuff, then-Spain No.1 Canizares missed the 2002 World Cup after letting slip from his grasp a bottle of aftershave, which severed a tendon when smashing upon impact with his right foot.

“I do not consider myself to be unlucky by any means,” a fresh-smelling Canizares said after withdrawing from the squad. “I still believe that the best moments of my career are yet to come and, health permitting, I will be aiming to be successful in the next World Cup.”

Iker Casillas would have other ideas…

Kagawa’s underwhelming spell at Manchester United ended when he returned to Borussia Dortmund in 2014 and, although he did get his hands on the Premier League trophy, it seems he was hungry for more than just silverware.

Expected to start in a match against Newcastle, Kagawa was mysteriously ruled out at the last minute – and it turned out that was because he had too much for dinner the previous night.

After United had lost 1-0, manager David Moyes told reporters: “It was a bad sickness. He thinks he ate too much, and he had to get his stomach pumped, but I think he is okay.”

Captain Marvel missed most of Italia ’90 with an Achilles problem, but a toe injury didn’t help either.

That reportedly came about while he trying to tip Paul Gascoigne out of bed, only succeeding in dropping the steel frame square on his big toe.

Three years after injuring himself while falling out of his loft as he put away his suitcases, Wright ruled himself out of Everton’s FA Cup replay with Chelsea after tangling with a groundsman’s sign during the warm-up.

Ignoring the advice to ‘Keep Out Of The Goalmouth’, Wright fell back onto the sign, injuring his ankle in the process. He spent much of his career after this point watching out for splinters on the bench.

You might think Peter Schmeichel is the mouthiest goalkeeper ever to play for Manchester United, but the Great Dane never screamed so hard that he dislocated his jaw.

That was the fate suffered by Alex Stepney in 1975 during a match against Birmingham City at Old Trafford. The Blues were intent on kicking their opponents off the park, according to then-manager Tommy Docherty, and Stepney didn’t escape the rough treatment, suffering a whack in the face.

Later on, while barking orders at his defence, Stepney’s jaw gave in and he was taken to hospital, with Brian Greenhoff taking the gardening gloves for the rest of the game.

We’re not quite sure what it is about goalkeepers that makes them so prone to strange injuries, but Stensgaard was put out of action by an ironing board while at Liverpool in 1994.

Folklore claimed the Dane was injured when he was clattered by the offending item when it fell out of a cupboard, but Stensgaard told a rather more mundane story to The Inside Left in 2013: “I actually dislocated my shoulder in training originally and we were trying to rebuild the muscles.

“Then I was just moving my ironing board at home because it was in the way and my shoulder just popped out when I lifted it! So it was obviously too weak.

“It was going to happen anyway, whether I had moved a box or if I was back in training. It was just a matter of time before it popped out – if it could do that when I was just moving something then it was clearly not strong enough.”

Not only was Clarke’s injury unusual, so was his replacement.

#OnThisDay in 2000: Neville Southall played in goal for Bradford City after
regular goalkeeper Matt Clarke fell down the stairs at home.

At 41 years and 178 days he was he fourth oldest player in Premier League history! pic.twitter.com/2CN9PGcPEP

The former Norway defender amassed 77 caps between 1973 and 1984, but he would have had one more had he not come off second best in a challenge…with a moose.

Grondalen was running in the woods when he is said to have tripped over the sleeping animal, who, as you might expect, didn’t take kindly to being woken from its slumber in such a manner.

It charged at Grondalen, who ran and took cover over the edge of a steep hill, which he rolled down to safety. But a badly cut left leg kept him out of a World Cup qualifier against Finland.

Standing at just 5′ 4″, Wright is one of the shortest Premier League defenders of all time. Which makes this particular injury even more hilarious.

The Aston Villa man made the headlines when he bought an expensive Ferrari, but the car would later cause him some agony and keep him on the sidelines for a few weeks.

The defender strained his knee while trying to reach the accelerator pedal. Should have bought a Mini, mate.

Banega’s story of being run over by his own car doesn’t quite live up to Brian Harvey’s, but the then-Valencia midfielder missed six months in 2012 after failing to put on the handbrake when filling up at a petrol station, with his car rolling back and trapping his leg against the curb.

He suffered a fractured tibia and fibula and needed surgery on his ankle to put it right. Ouch.

The Leeds midfielder feared no one – certainly not Sampdoria or Roberto Mancini – but the tough-tackling Yorkshireman came off second best in a clash with his three-year-old daughter in 1999.

Batty was recovering from an ankle ligament injury during his second spell with his hometown club so perhaps his movement was restricted when Batty Jnr came hurtling towards him on her trike.

The resulting collision put dad out of action for a further few weeks with a damaged Achilles tendon. 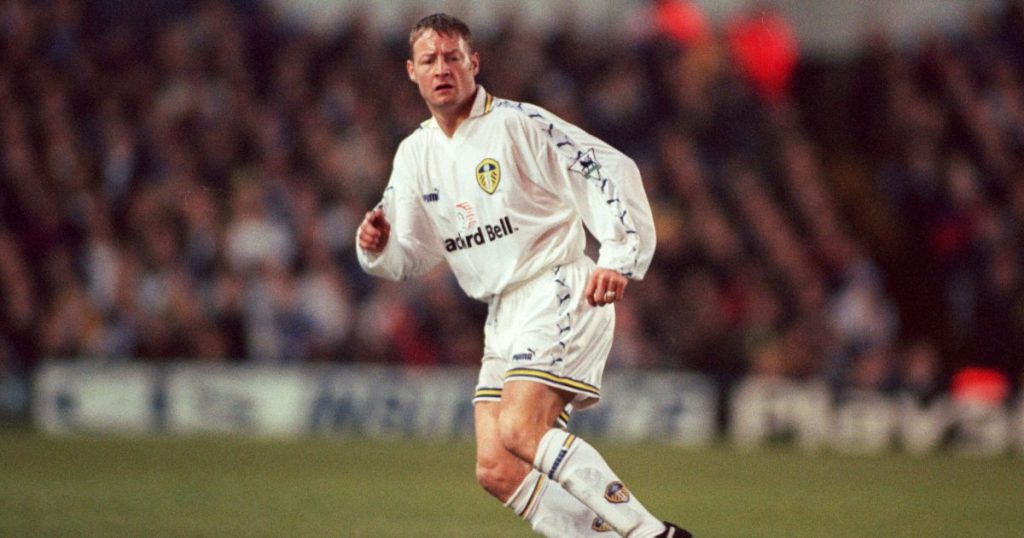 The Servette midfielder clambered up on a metal perimeter fence while celebrating his team’s third goal in a 4-1 win at Schaffhausen in 2004, but before jumping back down, he failed to notice that his wedding ring had become caught on the barrier.

The newly-wed lost most of his finger, but while stewards undertook a frantic search for the missing digit, the referee ignored Diogo’s obvious pain and issued a yellow card.

Surgeons could not save the 29-year-old’s finger and advised that what remained should be amputated too.

The former Croatia attacker was waiting for a flight in July 1995 when he poked himself in the eye with his own boarding card. Inexplicable, you might think, but Rapaic sat out a gruelling pre-season trip as a result.

Man’s best friend left Stoke City’s Liam Lawrence in a crumpled mess after the winger tripped over his mutt on the stairs in 2008. But Barnard suffered an even worse fate in 1999.

The Barnsley midfielder was in the midst of house training his new puppy, and it obviously wasn’t going too well. The former Chelsea utility man failed to notice a steaming yellow puddle in his kitchen and slipped in it, tearing knee ligaments in the process.

The injury kept him on the sidelines for five months.

TRY A QUIZ: Can you name the first player to score a Premier League goal for every club?