Sam Johnstone next? Seven players who had a second spell at Man Utd 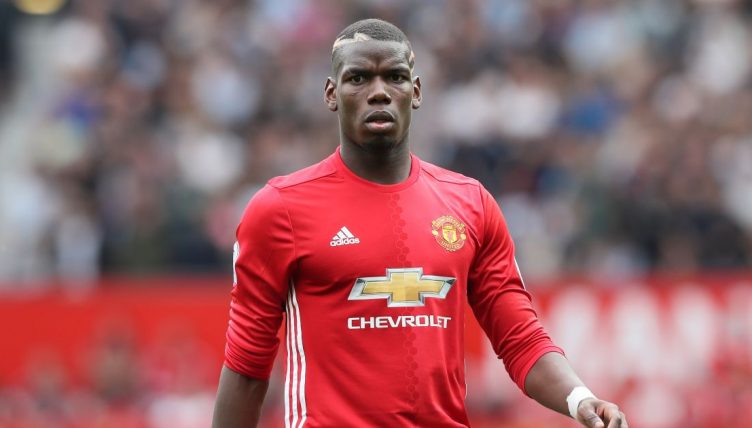 Manchester United have welcomed back some of their former players with open arms over the years – but it hasn’t always gone to plan.

According to Sky Sports, United are looking to sign goalkeeper Sam Johnstone, who came through their academy and won the FA Youth Cup in 2011.

We’ve looked at seven other players who had a second spell at United to see how they fared.

A United academy graduate, Hughes scored 47 goals in 121 appearances under Ron Atkinson before joining Barcelona in the summer of 1986.

“I was just trying to play my game. I was quite happy. I was centre-forward for Manchester United, for goodness sake,” Hughes told the United podcast in April 2021.

“And I was coming in here week-in, week-out to play in front of 40,000. I was having a great time, I didn’t particularly want to go anywhere.

“But I think it got to a point where there was an assumption that well, actually, you want to leave, you’re going to leave, so it’s going to happen.”

After failing to make a major impact at Camp Nou, the striker was brought back to Old Trafford by Sir Alex Ferguson in 1988.

Sealey first joined United on loan from Luton Town in December 1989 and was thrust into the spotlight for the 1990 FA Cup final replay against Crystal Palace after Ferguson dropped Jim Leighton.

Having made several saves to help his side win 1-0, he then made the move permanent and later starred in the 1991 European Cup-Winners’ Cup final victory against Barcelona.

The goalkeeper rejected a new contract and joined Aston Villa in 1991 before returning to Old Trafford on a free transfer 18 months later.

He acted as a back-up to Peter Schmeichel and only made two first-team appearances during his second spell at the club, including a 3-1 defeat to Villa in the 1994 League Cup final.

Bosnich first joined United at the age of 17, playing three games in two seasons before work permit complications forced his return to Australia in 1991.

The goalkeeper fell down the pecking order following Fabien Barthez’s arrival and joined Chelsea on a free transfer in January 2001.

“Mark Bosnich was a terrible professional,” Ferguson later said in his autobiography. “We played down at Wimbledon and Bosnich was tucking into everything: sandwiches, soups, steaks. He was going through the menu.”

“I told him, ‘For Christ’s sake, Mark, we’ve got the weight off you. Why are you tucking into all that stuff?’

“We arrived back in Manchester, and Mark was on (his) mobile phone to a Chinese restaurant to order a takeaway. Is there no end to you? I just couldn’t make an impact on him.”

A member of the Class of ’92, Scholes enjoyed a glittering career at Old Trafford and made what was thought to be his final appearance in United’s 3-1 defeat by Barcelona in the 2011 Champions League final.

Seven months after announcing his retirement, the midfielder was surprisingly named on the bench for an FA Cup game against Manchester City.

“I think I trained once with the first team before I came back in January 2012,” Scholes told BT Sport in 2018.

“I had to sort some boots out so I went down to the local shop and bought a pair of cheap boots for £50 because I hadn’t got a sponsor. We couldn’t let Nike know because it’d be obvious I was coming back.”

He came off the bench against City and made another 41 appearances before hanging up his boots for a second time after winning his 11th Premier League title in 2012-13.

Alongside Johnstone, Pogba was also part of United’s FA Youth Cup winning side in 2011, but he only made seven senior appearances under Ferguson.

After refusing to sign a new contract at Old Trafford, he joined Juventus on a free transfer in 2012 in search of regular first-team opportunities.

The France international established himself as one of the best midfielders in the world before moving back to United in an £89million deal in 2016.

“My mother always told me: ‘You will go somewhere but come back.’ She always said this,” Pogba told the official Manchester United podcast in 2020.

“When I came back, I was really happy to come back. I left it and didn’t finish. I started something but I didn’t finish, I just went somewhere else.

“Obviously, coming back to where I started was, for me, why I was really happy. Now, I was ready to come as a confirmed player, not a youth player.”

Despite winning the Europa League and the EFL Cup in 2016-17, he’s struggled to consistently recapture the form he showed at Juventus.

The midfielder now has just a few months left on his contract and looks set to leave Old Trafford on a free transfer for a second time.

Heaton came through the academy at United but never made a first-team appearance for the club and left on a free transfer in 2010.

The goalkeeper has since enjoyed spells in the Championship and the Premier League at Cardiff City, Bristol City, Burnley and Aston Villa.

After leaving Villa at the end of 2020-21, he returned to Old Trafford and finally made his United debut in December 2021, coming off the bench in a Champions League dead rubber against Young Boys.

“It felt great. You know, playing at Old Trafford in front of a capacity crowd, you know, it was always going to be a great feeling,” Heaton said.

“Having come here as a visitor, I’ve always enjoyed it, but today, to wear the home shirt, my first competitive debut was obviously a brilliant moment. I loved every minute of it.”

The 35-year-old is yet to add to that solitary appearance and could fall further down the pecking order if United sign Johnstone.

Ronaldo established himself as one of the best players in the world during his first spell at United, winning three Premier League titles and the Champions League before completing his dream move to Real Madrid in 2009.

After he was linked with a controversial move to Manchester City in the summer of 2021, United intervened and brought him back to Old Trafford. The Portugal international then enjoyed a fairytale second debut, scoring twice in a 4-1 win over Newcastle.

While Ronaldo is still United’s top goalscorer in 2021-22, the 37-year-old now looks a shadow of his former self as age is finally catching up with him.

This video of Cristiano Ronaldo’s second goal and celebration vs Newcastle 😍pic.twitter.com/BxTuJEOojW