Do Bayern Munich now have the strongest squad in Europe? 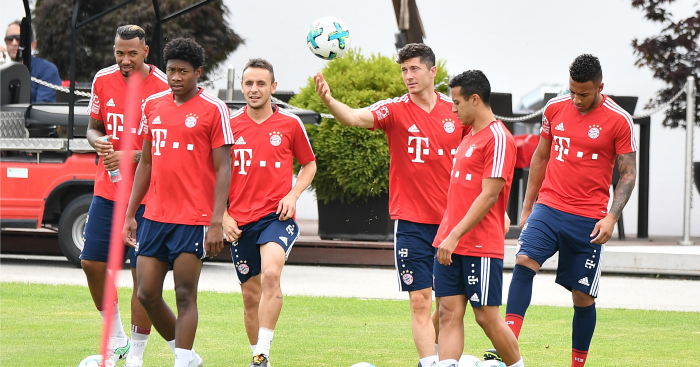 Bayern Munich managed to pull of yet another transfer coup this week with the signing of James Rodriguez on a two-year loan deal from Real Madrid.

Rodriguez earned himself a £71million move to Madrid after winning the Golden Boot at the 2014 World Cup and shone in his debut campaign, scoring 13 times and creating a further 13 goals in La Liga.

But the Colombian fell out of favour under Zinedine Zidane and will be out to prove a point with Bayern, who are aiming to wrestle the Champions League crown away from the Spanish capital.

Bayern have not wasted any time in the transfer market this summer and have quite possibly assembled the most fearsome squad in Europe.

Manuel Neuer will obviously remain No.1 next term, with the 31-year-old taking over from Philipp Lahm as captain – and Carlo Ancelotti recently summed up the stopper’s brilliance in an equally excellent manner.

The Bayern boss told Corriere dello Sport: “We have a computer in the goal and that makes the difference. I always say that he has no arms, chest and pelvis under his jersey, but a keyboard on which he enters the game situation.”

After missing the end of last season through injury, Neuer’s understudies may be hopeful of getting more game time next season.

Long-time No.2 Tom Starke retired at the end of last season with 13 honours and only 10 first-team appearances to his name, meaning former Stuttgart No.1 Sven Ulreich will serve as back-up, with Germany youth international Christian Früchtl waiting in the wings.

But with Germany hoping to defend their title in 12 months’ time, don’t expect Neuer to give his understudy any opportunity to stake a claim. 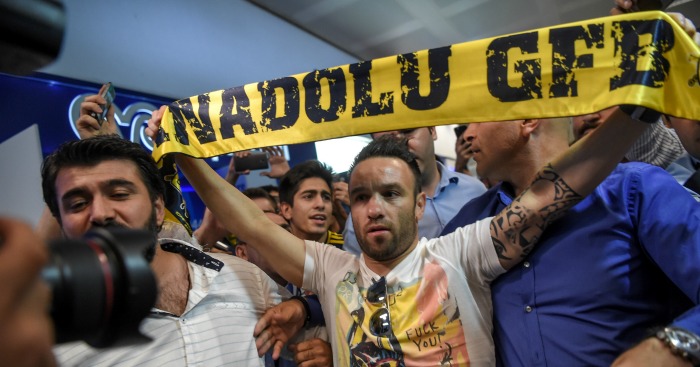 READ: 11 European transfers you may have already missed

While the man between the posts is as good as nailed on, the outfield places are completely up for grabs with each position having at least two viable contenders.

After switching to midfield under Pep Guardiola, Lahm returned to right-back for the majority of his final season, meaning Joshua Kimmich, Rafinha and new signing Sebastian Rudy will battle it out this term.

Kimmich’s versatility counted against him last season, but the 22-year-old is eager to secure a regular role at Bayern. He said: “If I have the choice of playing 30 or 35 times as a defender or 20 games as a six [midfielder], then I would always choose right-back – not out of rebellion but to play with full conviction and passion.”

At centre-back, Mats Hummels and Jerome Boateng are expected to start as first choice, but Ancelotti has the option of Niklas Sule – who was signed in a €25million deal from Hoffenheim – or Javi Martinez.

Mario Gotze’s younger brother, Felix, signed a pro contract with the club this summer and will also be hoping for a chance at centre-back, while David Alaba can also operate in the middle.

Speaking of Alaba, the Austrian is established at left-back, but Spain international Juan Bernat is an able deputy and there are high hopes for 19-year-old Marco Friedl, who signed a four-year deal in March. 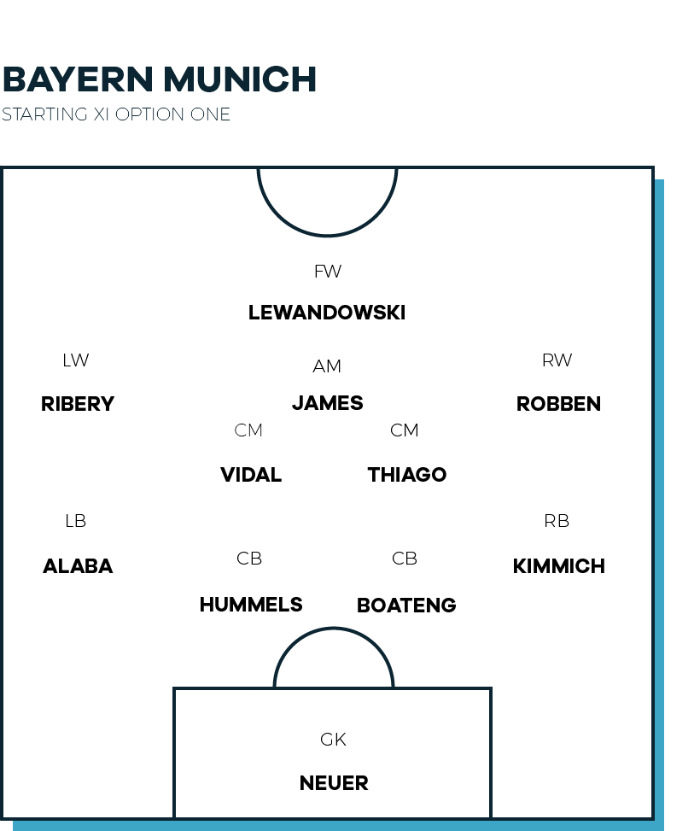 Bayern tended to opt for a 4-2-3-1 formation under Ancelotti last term, but their midfield will be much less handsome this time around following the retirement of Xabi Alonso.

The Bundesliga champions have splashed €40million on Corentin Tolisso after the 22-year-old impressed for Lyon last season, and he will compete with Arturo Vidal, Thiago Alcantara and Javi Martinez in the middle of the park. Kimmich and Rudy could also be deployed there, depending on whether or not they are selected at right-back.

Likewise, Alaba can also switch from left-back to central midfield when needed, giving Ancelotti a range of different options and skillsets – that’s without mentioning Renato Sanches, who has gone from the best prodigy in Europe to a forgotten man, and may yet leave either on loan or permanently.

On the flanks, Douglas Costa has been sold to Juventus, but Bayern have secured the permanent signing of the exciting French youngster Kingsley Coman, while veterans Franck Ribery and Arjen Robben continue to turn opposition full-backs inside out despite being 34 and 33, respectively.

James Rodriguez has left Real Madrid after growing tired of sitting on the bench and could also play out wide, although he is likely to have an eye on the No.10 role, where he will face competition from Thiago and Bayern stalwart Thomas Muller.

Former Arsenal youngster Serge Gnabry has also been signed, and we’re starting to get a headache trying to work out how Ancelotti is going to keep all these players happy. 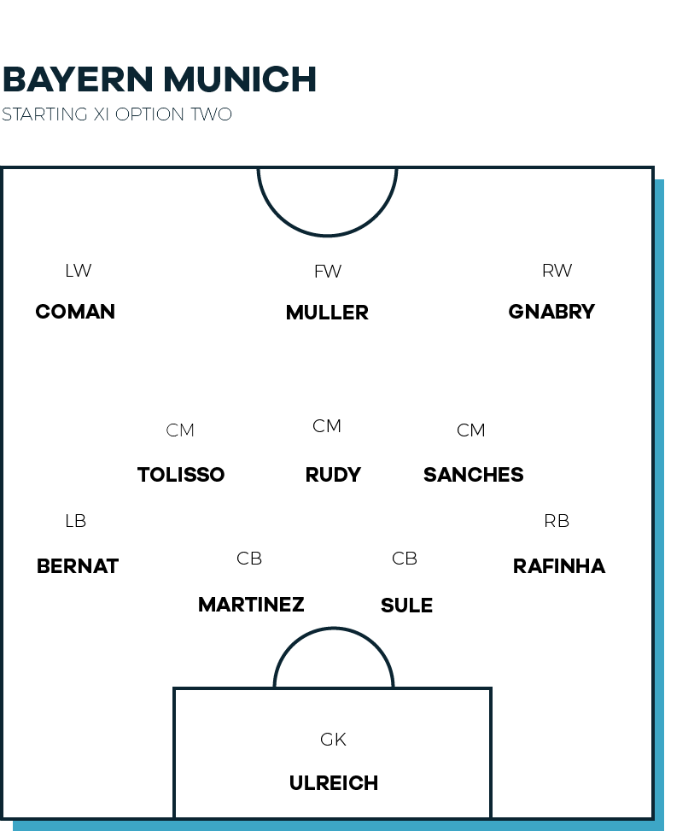 Just like in goal, up front things are much more straightforward. After passing 40 goals in all competitions in both of his last two seasons, Robert Lewandowski will lead the line, with Muller the most likely option to replace him when necessary.

Lewandowski seems to have his eyes set on the Golden Boot this term after missing out by a single goal to Pierre-Emerick Aubameyang last season before criticising his team-mates.

“I was not completely satisfied with the way my team helped me,” he said, as quoted by ESPN. “Immediately after the last game, I felt anger. I was disappointed with my team. That was the feeling I had.”

If Lewandowski is not happy with whoever is supplying his chances next term, it’s not as if Ancelotti is short of options…