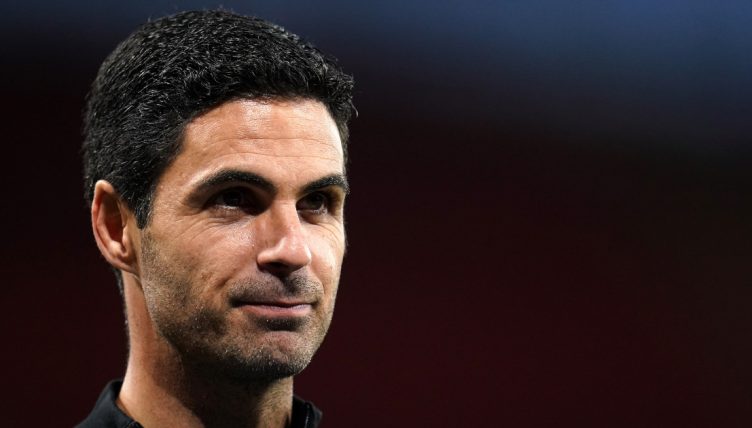 There have been many times throughout his spell as Arsenal manager that Mikel Arteta has looked to be on the brink of being sacked.

Often times that has resulted in friction behind closed doors, or sometimes even publicly, between himself and his players.

Arteta has had to make tough decisions to trim down Arsenal’s previously bloated and arguably overpaid squad, but that hasn’t always gone down well with the dressing room.

Issues of discipline have been a common theme with players Arteta has brought the hammer down on, with some players having something to say about the Spaniard in return.

So here are the seven players Mikel Arteta fell out with, and what happened next. Spoiler: most left.

The longer Arteta stays at Arsenal the less and less his reign will be defined by his decision to freeze out Mesut Ozil, but for at least the first year it was the defining aspect of his time in the dugout.

Adored by the fans, Ozil was for many years an undeniably world-class talent. But when his form dipped, so did Arsenal’s, and Arteta evidently felt he had to move the club forward.

“I tried my best, I tried to give him as many opportunities as I could… I’ve been patient, given him opportunities and been fair,” Arteta said on Ozil, who by the end of 2020 was completely out of Arteta’s Arsenal set up.

There were always questions over how the World Cup winner fit into Arteta’s tactical set-up, and over time tensions between the playmaker and his coach seemed to worsen.

“People have been trying for two years to destroy me, to make me unhappy, to push an agenda they hope will turn the supporters against me and paint a picture that is not true,” Ozil said during the pandemic, when he reportedly refused to take a pay-cut.

“Possibly the decision affected my chances on the pitch, I don’t know.”

Eventually, Ozil was allowed to leave for Fernabache in January 2021 on a free transfer. But he hasn’t stopped making his feelings towards Arsenal and Arteta known.

After the Gunners lost 5-0 to Manchester City earlier in the season, Ozil sarkily tweeted the following:

Pepe is still at Arsenal but he has not had the easiest time in North London since his £72million move from Lille. And that’s putting it lightly.

After inconsistent performances, a red card for a head but against Leeds caused the Arsenal manage to go red himself.

From then on Pepe has featured less and less in the starting squad, often deployed from the bench. This season he has made just nine league appearances, almost all of them off the bench.

The Ivorian remains at Arsenal for now, but it’s difficult to imagine him ever nailing down a first-team spot again under Arteta.

Guendouzi went from a regular starter to a mere fringe squad player in a very short period of time following Arteta’s appointment in December 2019.

After the Frenchman grabbed Neil Maupay by the throat during a match, Arteta had had enough and ordered the player to train separately from the rest of the squad.

When asked why Guendouzi was featuring less, Arteta was clear.

“The reason is that players who, in my opinion, are training better, behaving better and are more applied to deliver on the pitch, what we want, are the players selected,” he said after excluding Guendouzi against Newcastle in February 2020.

Guendouzi was loaned to Hertha Berlin for the 2020-21 season and, now into the last year of his Arsenal contract, is on loan at Marseille.

This one is much less of a falling out and more of an amicable, footballing disagreement.

Maitland-Niles was getting few minutes under Arteta this season, and even less in the midfield – his preferred position.

The young Englishman had grown frustrated and asked Arteta to let him leave on loan in the summer, even going on social media to ask to leave.

“Ainsley came to me and explained the reasons why he thought that the best thing for him in his career right now is to move away,” Arteta said.

“We already had this conversation in the summer and we decided to keep him at the club and assess the situation in December, but with the amount of minutes that he has played, he’s entitled to that opportunity.”

So, when Roma came calling Arteta begrudgingly had to let Maitland-Niles go.

Roma? With Jose Mourinho? If Maitland-Niles didn’t fully fall out with his manager at Arsenal, he’s about to find out what it’s like in Rome.

Saliba signed for Arsenal in 2019 as one of the most highly thought of centre-backs in France, but he hasn’t played a single game for the Gunners.

“Before going to Arsenal, I said to myself that I was going to play, I was convinced I would,” Salba has since said.

“I wondered who I was going to play with. I then arrived, I didn’t play any games, I played with the Under-23s.”

Arteta wasn’t impressed by what he saw when the Frenchman joined in 2020 after his loan back to Saint Etienne the previous year, keeping him in the youth set up before letting him go to Nice on loan.

“The coach judged me after two and a half games,” Saliba said of Arteta.

“I would have preferred him to let me play again so I could get into my rhythm, but no, he told me I wasn’t ready. I wish he would have given me a chance.”

He was sent on loan again this season to Marseille.

Have Arsenal ever come out on top in a transfer deal involving Chelsea?

Ashley Cole left to bigger and better things, Giroud went and won two European honours with the Blues (one over Arsenal) while the Gunners have had a past-it Douglas Luiz and… Willian.

But things didn’t work out for Willian at Arsenal. Arteta, who had done everything he could to bring the Brazilian to the Emirates, quickly stopped seeing the Brazilian in his first-team plans.

“He terminated his contract and he did it willingly,” Willian’s agent has since said.

“I spoke to Arsenal. I had a meeting with Arteta and [technical director] Edu, they explained this [Willian at Arsenal] has not gone well.

“I think Willian did the right thing, he went for the project and the project wasn’t there.

“Unfortunately, I’d have to say, which player has moved to Arsenal that has not been a disaster in the last couple of years?”

"Unfortunately, my time at Arsenal was not good." 😬

Willian explains why he returned to Brazil 🇧🇷 pic.twitter.com/k1KxlOMPg1

The latest to fall afoul of Arteta, Aubameyang has just left Arsenal for Barcelona.

It was a sad end to what had been a largely brilliant few years in North London for the Gabonese international, with Arteta’s decision to strip Aubameyang of the captaincy and remove him from the squad the key reason the forward left.

“The decision that we have taken as a club is very clear,” Arteta said when asked why Aubameyang was excluded from the team.

“It is because we believe that he has failed to be committed at the level that we all expect and agreed. It is as simple as that.

“You can listen to individuals and you can understand different cultures, but that commitment and passion has to be there. Unfortunately, it wasn’t.”

Whether Aubameyang can re-build his career in Catalonia is yet to be seen.

Whether Barcelona will even be able to register him is another.

🥶 This finish 🥶#OnThisDay Pierre-Emerick Aubameyang joined @Arsenal, going on to win an #EmiratesFACup with a brace in the Final 🙌 pic.twitter.com/FzFURtQLyb