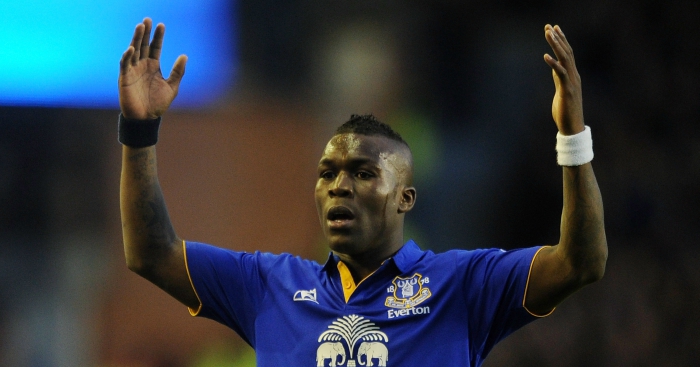 Everton, West Ham and Nottingham Forest supporters are among those to have compiled ‘banter era’ threads on Twitter.

Gallows humour is a crucial element of being a football fan, and these supporters have shown they are more than willing to laugh at their own misfortune by creating mammoth lists of their clubs’ most embarrassing moments.

The Manchester United one gets ruled out due to the fact the very first tweet references playing in a Champions League final.

Highlight: January 1999 – Now former benefcator Ken Richardson finally goes on trial for the fire in the Belle Vue Main Stand. It transpires he had hired an ex SAS man to torch the stand…

Highlight: Royston Drenthe being “told to ‘stay away’ from the club after bringing two lap dancers to Finch Farm and leaving them in his car whilst he trained.”

Highlight: Jack Sullivan announcing the signing of Marouane Chamakh by tweeting: “I am very sorry about this news Chamakh has signed a 6 month loan deal! not my pick:(”

Highlight: “Midfielder Jacob Butterfield is arrested at his own engagement party after a friend ‘nibbles’ on his fiancé’s toes..”

Highlight: “A nine year old named Filippo held a banner at the San Siro begging Inter to stop losing cos they were teasing him at school. Inter invited him to training ground, apologized to him officially then lost their game”

Highlight: “Fulham bring a season record number of fans for an away day at Reading, 3,400. They can’t see the game because of the fog. As the fog begins to clear, the referee abandons the match. Chris Martin goes on strike, wanting to end his loan and rejoin Steve McClaren’s Derby”

Oh my. Here we go. The Fulham FC banter era under the ownership of Shahid Khan, 2013-present. A thread:

Highlight: 2006 World Cup quarter-final, England 0-0 Portugal: “Jamie Carragher (a player with -4 PL goals) is brought on in the 119th minute to take a pen. He misses.”

The banter era of the @England national football team, a thread (2002-present)

Highlight: “He flies back to have talks with West Ham but gets delayed as his agent wants to see his horse run at Chelmsford racecourse. Sakho locks himself in the car outside the course whilst his agent’s horse wins”

An account of the banter era of Diafra Sakho at West Ham United: (2014-18) pic.twitter.com/couGGyGwzo