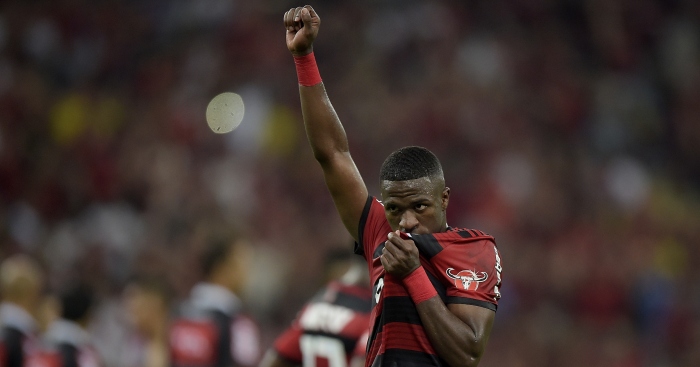 The transfer market continues to inflate at a ridiculous pace, to the point where Manchester United, Barcelona and Real Madrid are splashing the cash on players many supporters will never have seen in action.

Young players from South America are in high fashion, with the two Spanish giants each paying over €40million for Brazilians aged only 21 and 17.

Brazilian Arthur has been signed as a replacement for countryman Paulinho, who has returned to Chinese side Guangzhou Evergrande on loan.

The deep-lying midfielder joins from Gremio, with Barcelona shelling out £35million for the services of statistically the best passer in Brazil’s top flight last season.

“I’m a player who likes to have the ball at my feet, and organise play,” he said recently, though he has been deployed in more attacking roles of late.

“As a defensive midfielder I see more of the ball, further back. But as a playmaker, Renato (Gaucho, Gremio’s manager) is forcing me to get into the area, reach the goal and try to score, as well as thread the ball through.”

the first signing to be announced by FC Barcelona will be Arthur. Brazilian Xavi. 🔴🔵 pic.twitter.com/Hhv2d4bxt7

Real Madrid completed a deal for forward Vinicius in 2017, turning effective as he turns 18 today, paying €45million for the Brazilian – though he will remain on loan at Flamengo.

He has made a seemingly comfortable transition into Flamengo’s first team since his move to the Spanish capital was announced, though it hasn’t come without controversy with the teenager celebrating with a crying baby face after scoring against rivals Botafogo – historically seen as a wind up to Bota players.

A Botafogo club statement called it an “act of disrespect”, but he had plenty of supporters, who claimed the reaction to the incident was over the top.

“My plan is to stay at Flamengo and really mature,” Vinicius said in January. “If it’s up to me, I’ll stay and help those who have always helped me. I have a lot to give.”

Making 23 appearances in the Portuguese second tier for Porto’s B team, he was promoted to the senior side in February, in fact featuring in the dead rubber second leg of their Champions League defeat to Liverpool.

He played eight times for the first team in all competitions, which was enough for Mourinho to pounce, Dalot having the ability to play on either side, as well as having been deployed as a wing-back last term.

“It’s a kid who has done an exceptional job in team B,” said manager Sergio Conceicao after the youngster’s debut. “He is a great player.” 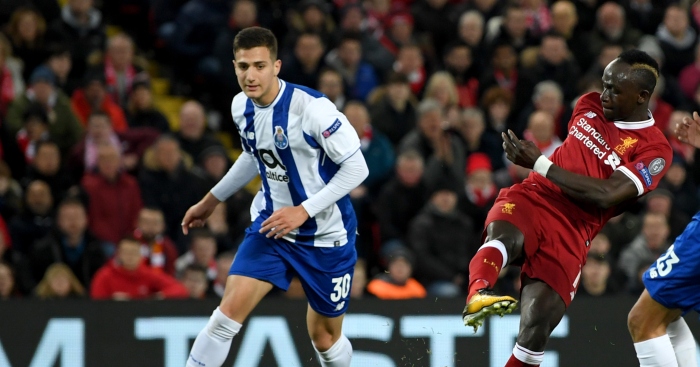 West Ham spent a club-record £22million to sign France under-21 centre-back Diop from Toulouse, where he, spent almost all of last season as club captain despite his tender age.

He made his Toulouse debut aged just 18, helping a relegation-threatened side to safety in the 2015-16 campaign, and has played 93 times in all competitions for the first team.

Four Four Two described Diop as “a tremendous athlete” naming him at No.39 on their list of 59 best wonder-kids in 2016, when he won the European under-19 Championships with France.

Inter Milan have forked out £20million to finally lure Argentinian forward Martinez to Europe, after Real and Atletico were both thwarted in their attempts to bring him to Madrid.

The player declined a move to Real in 2015, claiming he was not ready to leave his home country despite Los Blancos agreeing a fee with Racing Club, before reportedly undergoing a medical at Atletico in 2017 without the permission of his club.

Having made his international debut earlier this year, he joined Inter in July with a record of 27 goals in 60 appearances for Racing Club, who attempted to keep him on loan until December.

“He is very good and can play in many roles; on the wing, as a secondary striker or up top by himself as the main striker,” said former Inter striker Hernan Crespo.

“He can play with Icardi, I don’t think there will be any problems. He reminds me a little bit of Aguero in some ways, like with his low centre of gravity, but he’s Lautaro Martinez.”

Brazilian forward Paulinho became the first player born in the 2000s to score in both the Brasileirao Serie A – only nine days after his 17th birthday – and the Copa Libertadores, and will complete his €20million move to Bayer Leverkusen on his 18th birthday in mid-July.

In the extremely messy Brazilian football season, Paulinho won the MVP and best young player awards in the Rio De Janeiro state championship, which is played before the main nationwide league.

He is the youngest player to ever score for Vasco, and the youngest ever to score in Serie A. Paulinho has also played in Brazil youth teams that won the 2015 under-15 South American Championship, and the same competition for under-17s two years later.

“The lad has quickly shown us what he can do with his technical ability, dynamism, assertiveness and goal threat,” said Leverkusen manager Jonas Boldt.

“We’re convinced we can integrate him quickly and we’re looking forward to seeing another great player in a Leverkusen shirt.”

👀 Paulinho waiting for July 15th to become the next big name in 🇧🇷 Bayer 04 history! pic.twitter.com/9JZhyJ72Rt

Brighton were reported to have big for the Cameroon international in January, while West Brom and Burnley were said to be interested in the man who was playing part-time football as recently as 2014.

He joined Sochaux ahead of the 2014-15 Ligue 2 campaign, before moving to the top tier to join Angers two years later.

This summer, he has joined Villarreal for €20million, a record sale for a club who have also recently sold Jonathan Kodjia and Nicolas Pepe for eight-figure fees.

10 players to commit their future to a club then leave: Suarez, Delph, Kaka