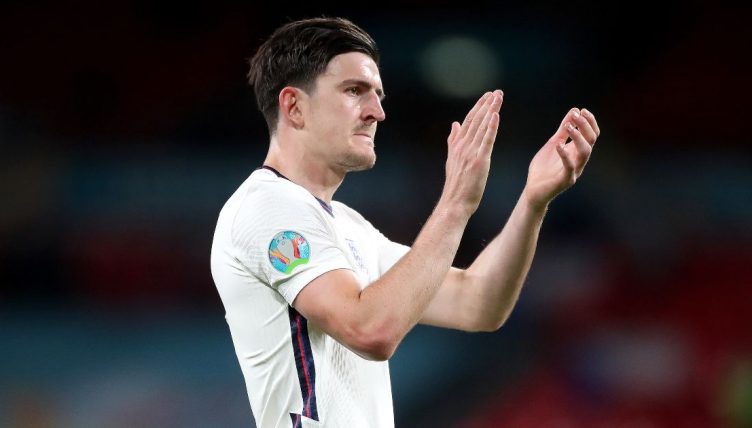 Manchester United‘s Harry Maguire was named Man of the Match after helping England to a 2-0 win over Germany at Euro 2020.

Maguire missed the first two games of the tournament due to an ankle injury but returned for the final group game against the Czech Republic.

He was part of a three-man defence alongside John Stones and Kyle Walker against Germany and didn’t put a foot wrong. We’ve listed seven stats from his impressive performance at Wembley.

– Maguire won all six of his aerials duels and four of his six ground duels against Germany.

– The centre-back helped England keep a clean sheet, making four clearances, one block, one interception and one tackle.

– Despite playing against the likes of Kai Havertz, Timo Werner and Serge Gnabry, he wasn’t dribbled past during the game at Wembley.

– Maguire and his fellow England defenders restricted Joachim Low’s side to just three shots on target during the 90 minutes.

– He also showcased his excellent ability on the ball, recording an 88% pass accuracy and completing three of his four long balls.

– The 28-year-old was given the freedom to get forward in England’s back three, completing one successful dribble and making four final third passes.

– Since October 2019, England have conceded just three goals in the 11 international games that Maguire has started.