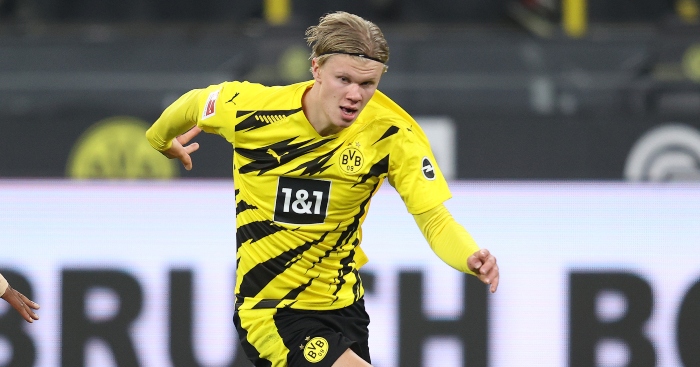 Borussia Dortmund and Norway striker Erling Haaland has won the 2020 Golden Boy award after what has been an incredible year for him so far.

Haaland burst on the scene at RB Salzburg and his stock has continued to rise since he arrived in the Bundesliga in January 2020.

We decided to take a look at some of the statistics behind his year to show just why it has been so special.

– After joining the club in January, he became the first Borussia Dortmund player in history to score on his Bundesliga, DFB Pokal and Champions League debut.

– Haaland has scored 19 Bundesliga goals during this calendar year, with Robert Lewandowski, Cristiano Ronaldo and Ciro Immobile the only players with more goals across Europe’s top five leagues.

– If you add the Champions League into the mix, his total goes up to 25, which is only exceeded by Lewandowski and Ronaldo.

Erling Haaland: “It’s the best goal I have ever scored.

“I love the Champions League.

“I am happy PSG copied my meditation celebration.”

– The striker also averages a goal every 79 minutes across the Champions League and the Bundesliga for Dortmund in 2020.

– He’s known for scoring goals rather than creating them for others, but Haaland has provided six assists for his Dortmund team-mates.

– The 20-year-old has also been prolific for the Norway national team, scoring six goals in five games throughout the calendar year.

– For club and country, Haaland has scored eight braces and two hat-tricks in 2020.