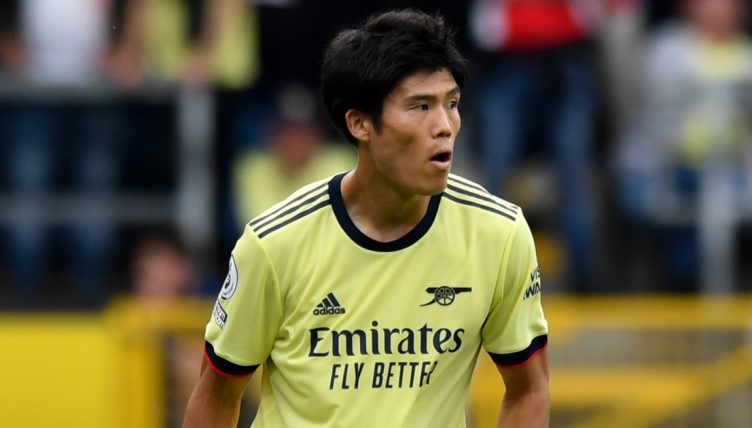 Takehiro Tomiyasu arrived at Arsenal as a relatively unknown quantity but has made a brilliant first impression in north London.

Tomiyasu joined Arsenal from Serie A side Bologna in a £15.5million deal on transfer deadline day and has helped shore up their defence.

We’ve compiled seven stats that show just how impressive he has been for the Gunners.

– Tomiyasu won 14 of his 16 aerial duels in his first three games, contesting and winning more than any team-mate during this time.

– Of all the players to have contested at least 10 aerial duels in the Premier League this season, he has the best success rate (87.5%).

– Since his debut against Norwich City, the defender has won more ground duels than any other Arsenal player.

– The 22-year-old particularly impressed against Tottenham, having more touches (67) and making more recoveries (8) than any other Arsenal player.

🗣"I love Tommy, I thought his position today was excellent and the game was over in the first half."

Tony Adams has nothing but praise for Takehiro Tomiyasu and is overwhelmed with the Arsenal result tonight pic.twitter.com/e2atJaWm35

– During his first three games, he has made three successful tackles, two interceptions, 10 clearances and 129 passes.

– The Japan international is yet to be dribbled past by an opponent in the Premier League.