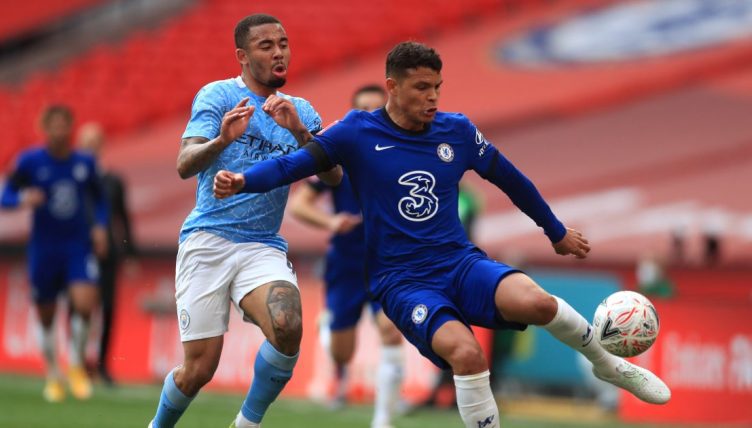 Despite playing with a back injury for most of the game, Thiago Silva produced an incredible performance in Chelsea‘s FA Cup semi-final win over Manchester City.

Silva joined the Blues on a free transfer in 2020 and has proved that age is just a number, helping shore up a defence that was leaky last season.

The Brazil international had to be substituted in the closing stages but we’ve listed seven stats from his impressive performance at Wembley.

– Silva had a 100% tackle success rate against City and also won 100% of his aerial duels.

– The Brazil international made six clearances at Wembley, more than any other player on the pitch.

– He made two interceptions and one crucial block for his team.

“At 36, many players are ending their careers yet I’m going through one of my best spells. I’m really enjoying this time at one of the biggest clubs in the world and I’m very happy right now.”

– Despite having the likes of Raheem Sterling and Phil Foden on their team, no City players were able to dribble past Silva during his 88 minutes on the pitch.

– Modern-day defenders have to be comfortable playing out from the back and Silva more than fits the bill. He made 44 passes against City and every single one of them found a Chelsea team-mate.

– Silva helped Chelsea become just the second team to keep a clean sheet against Pep Guardiola’s side in 2021.