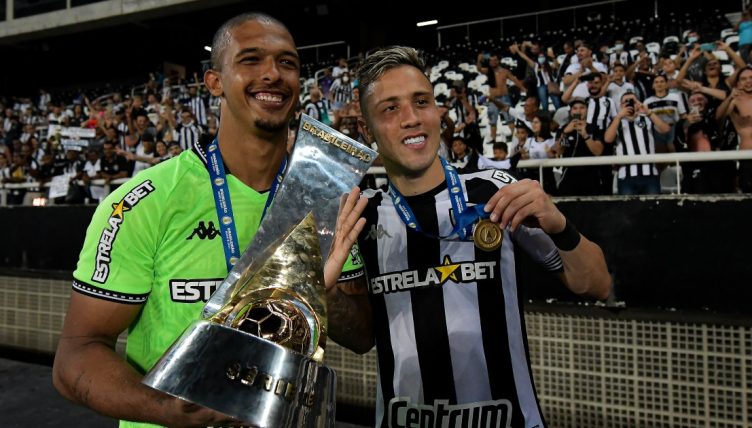 Football is a truly worldwide sport, with the game being played at a variety of levels almost all over the world.

Football Manager 2022 represents that, with the game offering a seemingly endless number of teams to play with from nearly ever corner of the world.

But after you’ve won it all with your truly original 2-3-5 inverted pyramid gegenpressing-catenaccio cross-breed Manchester United team, what more is there to do.

The answer is lots.

Some are easier and some are harder, but all will have you biting your fingernails.

First to Ireland, where we plunge to the Irish First Division which is confusingly the second tier.

For many, Cork is the country’s “true” capital, away from the tourists and money of Dublin.

But while some of Ireland’s greatest ever players have come from the city, Roy Keane and Dennis Irwin to name just two, their club history is a rollercoaster.

In 2017 they won the double of both the Irish Premier Division and FAI Cup, but financial and management issues mean that they found themselves relegated in 2020.

If you can compete with the Irish sports of hurling and Gaelic football you can win the support of an entire sports-mad city to power you back to the pinnacle of Irish football.

It won’t be easy, first, you’ll need to win promotion and then compete with money-bags Shamrock Rovers and their rivals Bohemians who are likely to dominate the league.

You’ll also have to contend with the little money that exists in the Irish pyramid, so European qualification has to be a priority if you want to stabilise yourself at the top.

Not one for a new player; good luck.

Watch as Cork City celebrate their league title win. This is the special moment for Cork. pic.twitter.com/hQrqUgqlX2

Toronto play in the MLS, but we’re not interested in the USA: this is all about the frozen north.

Get rid of everyone not from Canada, because in this save you’ll be trying to build an MLS dynasty purely with Canadian players.

It won’t be easy and you’ll probably struggle to compete for a few seasons, but try appealing to the board via their other objectives and you should hopefully keep your job.

They’ve only got nine Canadians at the start of the game, so you’ll have to do some serious business to get ready for the start of the first season but thanks to Toronto’s superb youth facilities, you should have some exciting homegrown talent come through.

Try and become the Canadian national team manager as well to see just how far you can take the Canucks.

A typical English Road to Glory with a twist.

Braintree is one of only two sides in the National League North/South to start off the game with insecure finances, but also have poor all-around facilities and are predicted to finish dead last of the South division to boot.

They’re half a million pounds in debt at the start of the game. Can you turn around the fates of this historic club formed in 1898 and lead them on a march to the Premier League?

More importantly, can you not pull out most of your hair while doing so?

From Braintree to Barcelona sounds like a George Orwell novel, but the Catalan city is where we next find ourselves.

This is a far cry from the other challenges, where frankly winning trophies should be fairly easy and it’s the finances we set out eyes on.

As quickly as possible, you must ensure the club pays off every penny of its incredible £960,010,705 debt at the start of the game.

You can’t directly pay off that, so the only way you can contribute is by selling high, buying low and performing well to give the board as much money as possible.

Heavily inspired by Lolujo’s FM21 Barcelona rebuild, in the early years you’ll need to strip the club of deadwood and set about developing Barca’s young La Masia graduates while sorting out the club’s horrendously high wages.

You’ll need to walk the line between being competitive and knowing when to sell your best players. For an added challenge see if you can stick to a Tiki-Taka system and try to bring Messi back before he retires.

Time for another ridiculously small club.

Resources Capital is a Hong Kong side playing in the top flight of Hong Kong.

They play in Pink and are known as “The Pink Squad” which to be honest was the entire reasoning behind picking them over other the Hong Kong teams because apparently there are at least eight.

We’re not sure if it’s practically possible to win the Asian Champions League with a side from Hong Kong, but what we do know is it is theoretically possible since the winner of the Hong Kong top-flight goes into the playoffs for the tournament.

It will probably take you a couple of decades, but if you pull it off you will cement yourself in Football Manager folklore.

A slightly less niche challenge, France’s Saint-Etienne are just begging for you to restore their status as the most successful club in France.

They still maintain the accolade for the most French League titles with ten, but PSG are currently on nine and will likely take the club’s crown before you can mount a meaningful challenge to them.

It’s a huge ask but for this challenge, you’re going to need to overthrow PSG at the top of Ligue 1 and not rest until you’ve once again won more league titles than them.

They’ll try to pinch all your star players and use their endless wealth to win multiple Champions Leagues. Only you can stand up to them.

Sergio Ramos’ debut isn’t going to plan so far, PSG are behind to strugglers Saint-Etiennepic.twitter.com/bGH6n3m74k

They’re also home to a group referred to as the G-12, 12 clubs generally seen as the biggest and best of the Brazilian game.

Botafogo are among its least successful, only winning the Brasileirao twice and never getting further than the semi-finals in the Coppa Libertadores once in 1963.

Competing with fellow Rio de Janeiro clubs like the giants of Fluminense and Flamengo, try to give Botafogo their time in the sun and become established as one of the premier sides on the continent.

All that while dealing with the chaos that is Brazilian football.