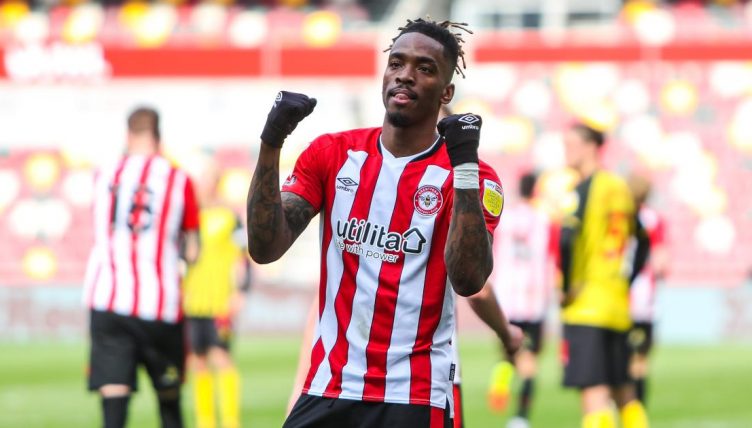 The Championship is a league with an abundance of quality – and Premier League teams will often raid the second tier in search of a bargain.

Jarrod Bowen, Eberechi Eze and Ollie Watkins have all impressed in the top-flight this season after stepping up from the Championship.

And we’ve picked out seven players who could be next in line for a Premier League move.

Whether Brentford are successful in the play-offs or not, there’s no doubt that Toney is ready for Premier League football.

Brentford already have a track record for developing strikers for the top flight, with Neil Maupay and Ollie Watkins, but Toney might just be the best of the bunch.

With 10 assists and a record-breaking 31 goals to his name this season, the interest is bound to be huge this summer.

Will Ivan Toney be in the Premier League next season with or without Brentford? pic.twitter.com/jUhMAL1BKf

Liverpool, Manchester City and Chelsea have all been linked to the Reading teenager so far and it’s not hard to see why.

The attacking midfielder has enjoyed a breakthrough season at the Madejski Stadium and has been named as the Championship Young Player of the Season.

Picking up seven goals and 12 assists, Olise would be a nice option for any side looking to add a bit of creativity to their forward line.

Perhaps Armstrong has gone a little under the radar this season as Blackburn haven’t been around the top of the table.

But his low centre of gravity and pace getting in behind makes him one of the toughest players in the league to defend against.

Scoring 28 goals, the striker has enjoyed his most prolific season to date, and he’d be a great fit into any Premier League side that looks to play on the break.

Despite only joining QPR last summer, Dickie has already showcased himself to be one of the best defenders in the Championship.

The 25-year-old is strong, quick and good on the ball and helped the Rs keep 14 clean sheets in the league this season, more than double the six that QPR registered in 2019-20.

After being named as both QPR’s Players’ Player and Fans’ Player of the Year, a big-money move could be on the cards.

Danjauma’s form towards the end of the season was a crucial factor in Bournemouth winning seven consecutive matches to secure their place in the play-offs this season.

The tricky winger has scored 15 goals this campaign for the Cherries and certainly wouldn’t look out of place in the Premier League next season.

He’s best utilised on the left-hand side where he can cut inside and cause havoc in the box.

🚀 Arnaut @Danjuma scored five – including this belter at Norwich – and assisted five more during a superb April for Bournemouth.

🏆 No wonder he's been named @SkyBet Championship Player of the Month!@afcbournemouth #AFCB pic.twitter.com/4hllmWNSo2

Whether he’s played as a traditional full-back or as a wing-back, Roberts has enjoyed an excellent season with Swansea City.

He has 12 direct goal contributions, and only Emi Buendia and Jed Wallace have registered more key passes than Roberts’ 84.

But the Wales international doesn’t neglect his defensive duties and would relish coming up against the Premier League’s most dangerous wingers.

Coventry picked up one of the bargains of last summer when they were able to get Hamer for just over £1million from Dutch side PEC Zwolle.

The tenacious midfielder has enjoyed a successful first year in England, and despite his form dipping towards the end of the season, Coventry will do well to keep hold of him this summer.

The 23-year-old certainly won’t be short of options with Brighton, West Brom and Rangers reportedly vying for his signature.

Next Andy Robertson? 6 relegated PL stars that could be a summer bargain