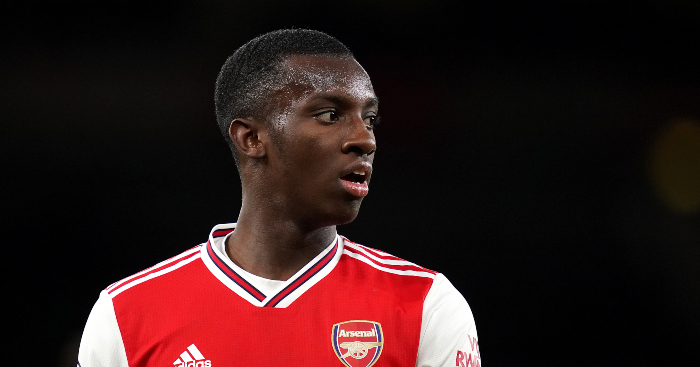 Chelsea are finally seeing to see the fruits of their academy’s labour under Frank Lampard, but plenty of promising players slipped the net in previous years.

The likes of Mason Mount and Tammy Abraham are thriving under Lampard’s management, but not everyone can make the grade at Stamford Bridge.

We’ve taken a look at seven players who have bounced back from being rejected by Chelsea’s academy to establish themselves in the Premier League.

On the books at Chelsea between 2006 and 2012, Mepham contemplated quitting the game after being released at the age of 16.

“I was in quite a dark place really in terms of where I was at with football, I got released by Chelsea after being there for six years,” Mepham told 5 Live as part of Mental Health Awareness Week.

He underwent unsuccessful trials at QPR and Watford and considered becoming a gardener after his uncle, who had his own gardening business, was diagnosed with motor neurone disease.

But a successful trial at Brentford offered Mepham a route back into professional football and he has since established himself as a Wales international and Premier League regular with Bournemouth, who he joined for £12million in January 2019.

Bournemouth defender @c_meps says he nearly quit football after being rejected by clubs as a teenager.

The @sportingminds_ ambassador is urging athletes to talk more about their mental health. pic.twitter.com/NmicA8bf6c

Chelsea have been linked with a £50million+ move for Rice, which is a bit awkward given they released him for free at the age of 14 in 2014.

That paved the way for Rice to join West Ham, where he has thrived in recent years in spite of the club’s struggles.

“That was everything I ever knew to be honest,” Rice told Soccer AM of his time at Stamford Bridge. “From nine to 14, training there Monday to Friday, playing games. To get told you won’t be a part of that any more was a major shock. I never thought it would have to happen but it did.

“And then I had the fortunate chance to sign for either Fulham or West Ham and chose West Ham and started a whole new chapter.

“I knew it was going to be tough, but always as a kid I wanted to be a professional footballer. Nothing was ever going to get in the way of me working as hard as possible to become that.

“I was just so driven and wanted to be the best I could be. I had to make sacrifices, move away from home, move into new digs, and now all the decisions that I made have played out really well.”

Chelsea hope the midfielder’s close friendship with Mason Mount will help convince him to return to west London, and the player himself told COPA90: “I’d love to play with him at club level again.

“One thing we’ve always said as kids we’d love to play with each other at club and international level but obviously you never know because of different paths and things like that.”

Released by Chelsea at the age of 14, Arsenal wasted no time in snapping up Nketiah, who had caught the eye of Gunners coaches and scouts while playing alongside Declan Rice and Mason Mount for the Blues.

“It always seemed to be Marcus (McGuane) and Charlie for Arsenal against Mason, Eddie and Declan,” Ian Gilmour told The Athletic. “It was those boys against each other every year. Eddie was comfortably one of the best — and for scoring goals, there was nobody better… Nobody.

“When Eddie got released from Chelsea, I couldn’t believe it. Even someone who worked there said to me, ‘Wow. I’ve got no idea why they let him go.’”

Nketiah progressed through Arsenal’s academy and made an instant impact in the first team, scoring twice in only his second cameo off the bench in a League Cup victory over Norwich City, including a goal with his first touch just 15 seconds after coming off the bench.

Having shown flashes of his clinical finishing on loan at Leeds United over the first half of 2019-20, the striker returned to Arsenal to impress Mikel Arteta, starting five of the last six matches ahead of Alexandre Lacazette before football’s postponement.

Reminder that Eddie Nketiah only ended up signing for Arsenal from Chelsea in the first place because of Joe Willock’s endorsement. pic.twitter.com/FxGZGcdvxU

Another player who left Chelsea at the age of 14, Brewster decided to move to Liverpool after becoming disheartened by the lack of academy products being given a chance in the Blues’ first team.

“We (he and his dad) then got talking about players who were doing well at the academy and ones that had done so in the past,” Brewster said in 2018.

“I realised all the names we were mentioning hadn’t played for Chelsea’s first team and there didn’t seem to be a chance for those still at the club to get promoted to the seniors.”

“It became clear that the problem was opportunities and that they weren’t being made available, even to guys we thought would 100 per cent move up.

“I didn’t want to leave because I’d been there for so long, I did love Chelsea and they played a big part in my early development.

“I knew that it wasn’t about what was comfortable and the easy option though, but what was best for me. I’m very glad I took the decision.”

After helping England win the 2017 Under-17 World Cup, the striker’s progress at Liverpool has been set back by serious injury, although he scored his first senior goals on loan at Swansea City in the second half of 2019-20

Chelsea signed Gudmundsson from his boyhood club in Iceland in 2006 as he studied at the International School of London, but the winger was only on their books for a short period before joining Fulham later that year.

He returned to Iceland, where he made his senior debut, but returned to London with Charlton after a spell in the Netherlands with AZ Alkmaar.

Gudmundsson is now into his fourth season in the Premier League with Burnley and is approaching 100 appearances in the competition.

Currently in his second season at Watford, a number of clubs could one day rue Quina as one that got away should he go on to achieve success: he was a member of both Benfica and Chelsea’s academies before rejecting an offer from Arsenal to join West Ham.

Despite some promising appearances for West Ham’s Under-23s, the Portugal youth international was allowed to join Watford in 2018, and while he is yet to fully establish himself at Vicarage Road, he has already written his name in the record books as the club’s youngest Premier League goalscorer.