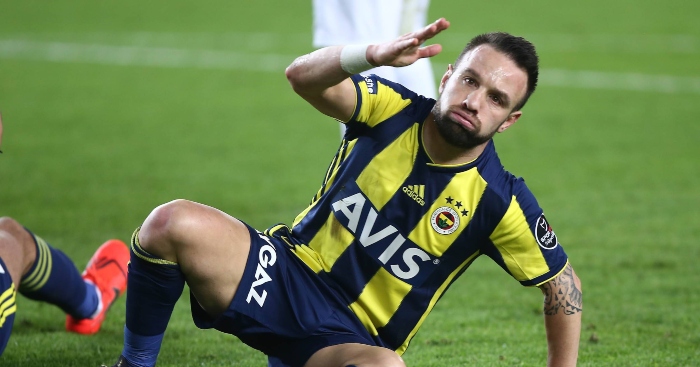 While the transfer window has yet to truly kick into gear in the Premier League, a number of intriguing deals have taken place around Europe.

A number of big deals remain to be completed in England, but that hasn’t stopped clubs in Europe pressing ahead with refining their squads for 2019-20.

Several transfers had been arranged before the season had even finished, and here are seven more intriguing ones from the continent which might have passed you by.

Having lost defenders Lucas Hernandez, Diego Godin and Juanfran, Atletico Madrid have moved to help plug those gaps with the €20million signing of Porto centre-back Felipe.

Atleti could be set to undergo something of a transition season, and so the 30-year-old’s experience may come in handy with the futures of Diego Costa and Antoine Griezmann also uncertain in the Spanish capital.

Vietto will be doing his best to forget a disastrous season on loan at Fulham in which he scored just one Premier League goal as the Cottagers were relegated straight back to the Championship despite plenty of hype.

After joining Atletico Madrid in a €20million deal from Villarreal in 2015, the Argentine forward has spent most of the four years since out on loan, scoring just once in La Liga for Diego Simeone’s men.

And Atleti have now taken the hit in allowing Vietto to leave permanently and join Sporting Lisbon for just €7.5million.

A CV including Villarreal, Atletico Madrid, Sevilla and Valencia suggests Vietto definitely possesses talent; it just remains to be seen whether Sporting can unlock it.

Luciano Vietto looking happy to be with this massive dog pic.twitter.com/B9iDVHKKkx

Best known for that penalty at Euro 2016 and being pretty terrible for West Ham, Zaza left east London to join Valencia in 2017 and scored 19 more goals than he managed in England. Yes, he scored 19 goals for Valencia.

But the striker returned to Italy for 2018-19 on a season-long loan deal at Torino, which has now been made permanent for €12million.

It must be pointed out, however, that Torino were obliged to make the transfer permanent as part of the original loan agreement, and reports in Italy suggest they could still look to move the player on after he scored just four times in 2018-19.

“This season hasn’t gone very well, I was hoping to do better,” Zaza told Tuttosport.

“However, I won’t give up. I joined Toro and I want to stay there. I signed for five years, a clear sign that I believe in the project. Therefore, I’m staying.”

As a result, Schulz’s signing may have gone under the radar somewhat, despite the left-back joining in a €25million deal from Hoffenheim.

The 26-year-old has become Germany’s first-choice left-back this past season, scoring late winners against Peru and the Netherlands.

Once the man to save Arsenal’s midfield, Krychowiak’s big move from Sevilla to PSG went terribly wrong as the Poland international made just 11 Ligue 1 appearances before being relegated on loan at West Brom and spending last season at Lokomotiv Moscow.

The 29-year-old has now made his switch to Lokomotiv permanent, having helped the Russian outfit win their domestic cup last term.

He was still technically a Sunderland player. Honest.

But Kone spent last season on loan at Strasbourg and has now made that move permanent, which feels like the best for all parties.

When Lamine Kone tried to force a move to Everton https://t.co/oNpDrEBcMC

Now 34 and still very much little, Valbuena has spent the last two season at Fenerbahce, providing a healthy eight goals and 16 assists in his debut campaign in Turkey.

Both of those outputs halved in his second season, and Fenerbahce have allowed the former France international to join Olympiakos on a free transfer with a year left of his contract still remaining.

Bruno Guimarães is in demand, but Chelsea even in 2020 would be ideal