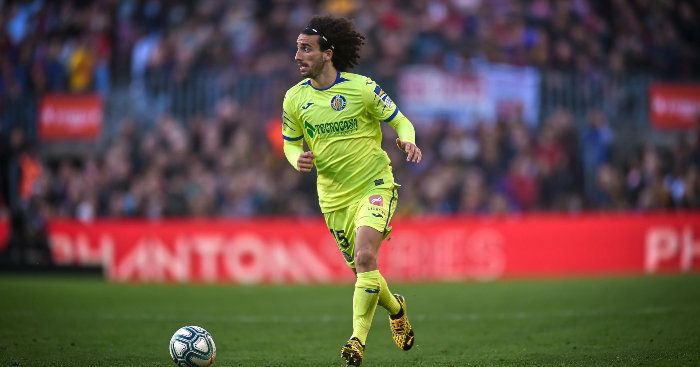 Plenty of uncertainty surrounds the short-term future of the transfer market, but that hasn’t stopped a number of clubs splashing the cash.

Bayern Munich have already confirmed the signing of Leroy Sane, while Juventus and Barcelona have agreed the big-money faux-swap deal involving Miralem Pjanic and Arthur Melo.

And we’ve rounded up seven transfers that may have slipped under the radar.

As we’ve discussed previously, Barcelona’s transfer policy in recent years can be summed up by the phrase ‘batshit mental’.

Cucurella came through the ranks at Barcelona before spending last season on loan at Eibar. At the end of the campaign, Eibar activated their €2million option to make the move permanent, which also featured a €4million buyback clause for Barca.

Barca waited all of 16 days before re-signing the full-back, only to then loan him out two days later to Getafe.

Having impressed in La Liga, Cucurella was linked with a move to Chelsea earlier this season, but Getafe have now made the deal permanent for €10million.

That means the 21-year-old has been sold twice by Barcelona without ever appearing for the club. Sure, Barca have made a quick profit, but spunking €954million on players over the last five years somewhat defeats the purpose.

Earlier this season, Nianzou made history as the youngest ever player to appear for PSG in the Champions League after starting their 5-0 win over Galatasaray at the age of 17 years and 184 days.

The teenager has made 13 appearances in all competitions for PSG but has signed a four-year deal at Bayern Munich.

“In our eyes, he’s one of the greatest prospects in Europe,” said Bayern sporting director Hasan Salihamidzic. “His best position is at centre-back but can play in a number of positions. We’re sure he’ll have a great career with us and is a real reinforcement.”

A name you’re likely to be unfamiliar with, Vagiannidis has been snapped up by Inter from Panathaniakos, with the Italian outfit paying just €400,000 in compensation for the full-back.

The 18-year-old only made his senior debut in February, scoring and providing an assist, but has been told he will go straight into Inter’s first team.

“Monaco were very serious and at some point, and we were very close to a deal,” Vagiannidis told SempreInter. “Manchester City had indeed approached me, we had some discussions, it’s true”

Vagiannidis may be expecting to go straight into Inter’s first team, but the teenager faces a challenge to work his way into the starting XI after they also announced the signing of Achraf Hakimi.

Inter have paid Real Madrid and initial £36million to sign the right-back, who has spent the last two seasons on loan at Borussia Dortmund.

Still just 21, the signing of the Morroccon international, as well as Vagiannidis’ arrival, should secure Inter’s future in that position for the coming years.

We thank Achraf Hakimi for his time in Dortmund and wish him all the best in his future career. pic.twitter.com/6tmUViRDt1

Signed from Northampton Town for £65,000 as a 14-year-old, Hornby made just a solitary appearance for Everton in the Europa League before being loaned out to Belgian outfit Kortrijk at the start of 2019-20.

The Scotland Under-21 striker has now agreed to move to France to join Ligue 1 high-flyers Reims in a £1.8million deal, having previously been considered a hot prospects at Goodison Park.

Mavididi made headlines last season when he appeared for Juventus after leaving Arsenal without the north Londoners putting up much of a fight to keep him.

It proved to be the England youth international’s only opportunity in Turin, and the striker was sent out on loan to Dijon for 2019-20.

The 22-year-old has clearly done enough to catch the eye in France. After helping Dijon narrowly avoid relegation, he has now been permanently signed in a €6.3million deal by Montpellier, but still has hopes of one day returning to England.

“Ultimately my dream is to play in the Premier League, I’m working towards coming back to England,” he told football.London in April, adding: “Obviously it would be a dream to play for Arsenal again but right now I wouldn’t say I’m ready to play in a team like theirs.”

Arsenal are set to receive around £3,145,000, from both the sell-on of Stephy Mavididi from Juventus to Montpellier and also Alex Oxlade-Chamberlain winning the Premier League title with Liverpool.

Often considered something of a stepping stone for South American players looking for a big break in Europe, Benfica could have another star on their hands in the shape of Pedrinho.

Benfica have paid a hefty €20million to sign the 22-year-old, who already has over 100 senior appearances to his name and has been capped by Brazil’s Under-23 side, from Corinthians.