Seven European transfers you might have missed: Gomez, Adams, Haidara 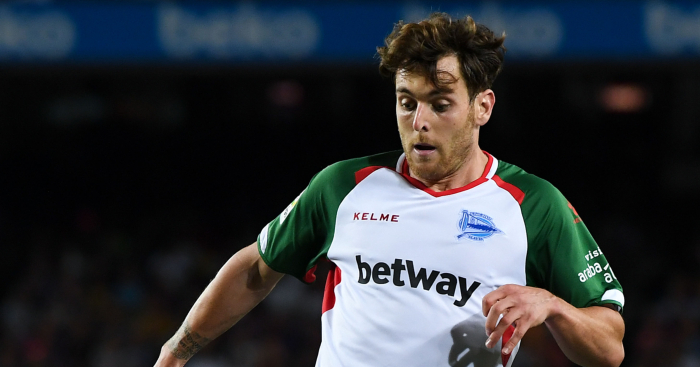 The January transfer window may have been relatively quiet for some of the Premier League’s biggest clubs so far, but a number of interesting transfers have already been completed around Europe.

Clubs in Europe struggle to compete with the wealth of Premier League sides, meaning they have to try been smarter in the transfer market.

We’ve taken a closer look at seven transfers on the continent which may have gone under the radar.

People who know much more about La Liga than us – namely The Spanish Football Podcast – think highly of Gomez, who was fancifully linked with a move to Leeds United given he previously worked under Marcelo Bielsa at Athletic Bilbao.

After impressing over the last two and a half years for Alaves, helping the side reach the Copa del Rey final in 2017, the winger has returned to Bilbao, swapping a push for Champions League football for a battle against relegation.

“I know many people will not understand this decision and will not share my thinking,” Gomez said. “I thank Alaves for everything, I will always have the club in my heart, but today it’s time to return home.”

Lainez announced himself as one of the most exciting young talents in Mexico when he debuted for América at the age of just 16, and he has become the youngest player to emigrate from Liga MX to Europe by joining Real Betis.

Betis have paid $14million to sign the 18-year-old, who has already earned two senior international caps, making the deal the second most expensive transfer paid for a Mexican player by a European club after Hirving Lozano.

Lainez will be best known by many for being the player mocked by Matt Miazga for being short, although the youngster tried to be mature in his response.

“We aren’t all going to be the same height,” he said after the game. “Some of us are smaller, others very tall and others in the middle, but [the incident] is nothing, totally to do with football.

“It doesn’t offend me in any way. Everyone has their own way of thinking. He’s here at home with his fans. I don’t know. I’m calm and I don’t see it as an insult.”

We cannot confirm nor deny that Lainez went on to add Miazga is a “lanky pr*ck”.

Ladies and gentlemen… this is how @DiegoLainez10 does it! 😵💫🌪 pic.twitter.com/JuEbAXiB8J

Wöber is an intriguing signing for Sevilla given he has never particularly been a regular for Ajax yet has shown enough promise to be signed in a €10.5million deal by the La Liga side.

The centre-back, still just 20, has Champions League and international experience and may find more opportunities to play at Sevilla with manager Pablo Machín often opting for a back three this term.

No, not Leeds United’s weirdest signing since relegation from the Premier League, but the actual good one.

Haidara impressed over the last two seasons with RB Salzburg and has been given wings and joined RB Leipzig, although he will be unable to make his debut until March due to injury.

“He has all the capabilities to follow in Naby Keita’s footsteps,” Leipzig head coach Ralf Rangnick said of the 20-year-old.

Just as Leipzig have dipped into the resources of sister club Salzburg, the Bundesliga side have also taken one of the most promising youngsters from another team in their network, Tyler Adams from New York Red Bulls.

According to former team-mate Sean Davis, Adams “fell in love” with the idea of moving to Leipzig shortly after signing his first pro contract, when he joined a two-week training camp with the club’s under-19s.

The 19-year-old defensive midfielder already has nine senior international caps to his name and joins a growing contingent of young North American talents in Bundesliga.

While a move to Europe has been on his mind for a number of years, Adams is glad to have built up his experience before making the leap.

“I could’ve gone to Europe,” he said at the Red Bulls’ end of season media day. “I could’ve waited until I was 18 to play my first game and maybe had 10 games under my belt by now, but instead I have 70.

“I’m more established now and I’m more prepared for the next challenge.”

What a moment. 🇺🇸

ICYMI: 19-year-old Tyler Adams scored his debut goal for the USA in their 1-0 win against Mexico. pic.twitter.com/ezoeoG6k8G

Paquetá’s signing has generated plenty of hype around AC Milan after they beat off competition from PSG to sign the 21-year-old in a €35million deal from Flamengo.

The midfielder was on Brazil’s standby list for the 2018 World Cup and has since made his senior debut at international level, but he can be registered as a European player for Milan due to his mother’s Portuguese heritage.

Having been named in the Brazilian league’s team of the year for 2018, Paquetá slotted straight into the Milan side to make his debut by playing 85 minutes in the Coppa Italia victory over Sampdoria.

Monaco may have caught the eye in the transfer window by bringing in the experience of Naldo and Cesc Fabregas to try help steer the club away from the Ligue 1 relegation zone, but they have continued their policy of signing exciting youngsters with an €11million deal for Ballo-Touré.

The defender 22, was previously on the books of PSG before making his name at Lille, where he made 47 appearances over the past two season.