Seven European transfers you might have missed: Roma, Juve, Dortmund 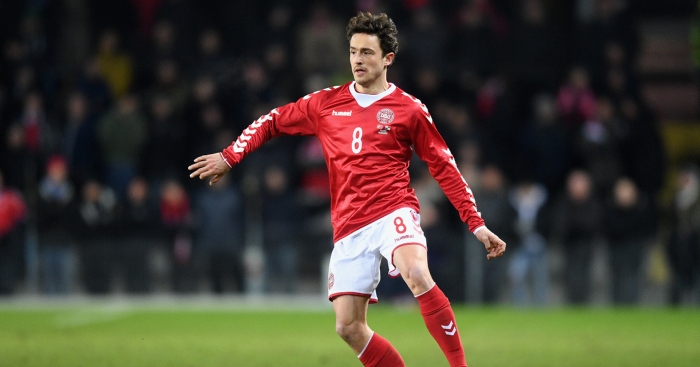 While all eyes are on the start of the World Cup, a number of eye-catching transfers have taken place across Europe, featuring the likes of Juventus, Roma and Borussia Dortmund.

The transfer window in England still feels like it is clicking into gear, although Manchester United and Liverpool have made big signings in Fred and Fabinho respectively.

We’ve looked at seven transfers across the continent which may have passed you by, including a number of names you have no doubt attempted to sign on Football Manager at some point.

Having come through the Milan youth ranks before joining Benfica, Cristante eventually made his name on loan at Atalanta over the past 18 months.

The 23-year-old scored an impressive 12 goals from midfield last term, breaking into the Italy squad and earning a move to Roma – initially on loan, but in a deal which could ultimately cost the club €30million.

We’re mostly impressed, however, by the Photoshop job Roma did to announce his signing.

The Italian international midfielder becomes our third signing of the summer! ✍️🤝🐺 pic.twitter.com/VvH6OtRhhB

Rings a bell, doesn’t it? A vague twang at the back of the brain. We’ll scratch that itch for you by reminding you of those four years Rochina spent at Blackburn Rovers which were interspersed by two loan spells in Spain.

After a two-year spell at Ruben Kazan, Rochina returned to his native country with a loan move to Levante in January, which has since been made permanent.

Patrick Vieira may have grabbed the headlines with his arrival at Nice, but the signature of Danilo in an €8million deal from Braga may be equally significant.

The capture of the 22-year-old midfielder reportedly opens the door for Jean Michael Seri to finally leave the Ligue 1 outfit, with a host of clubs, including Chelsea, Arsenal and Napoli linked.

One of the biggest completed deals this summer has seen Verdi join Napoli in a €25million move from Bologna.

The attacker is another product of the Milan youth system but had a nomadic career before establishing himself over the past two seasons at Bologna.

Verdi actually rejected a move to Naples in January and was promptly rewarded with the captaincy, which is a bit awkward.

Why Simone Verdi is one of the most underrated players in the world. Let's start off with his free kicks. This one vs Crotone. pic.twitter.com/6vw8Y2eTeU

Monaco continued their transfer policy of signing some of the brightest young talents with the capture of Grandsir from Troyes.

The 21-year-old has signed a five-year deal and cost just €3million after Troyes were relegated from Ligue 1.

Despite their struggles, Grandsir caught the eye on the wing and has represented France at Under-21 level, meaning Monaco had to beat off interest from RB Leipzig for his signature.

Joining Juventus as a goalkeeper in the same summer as Gianluigi Buffon departs is a daunting prospect, but the Bianconeri have placed their faith in Perin.

The 25-year-old has signed a four-year contract with the club after a €12.5million move from Genoa.

To ease the burden on the Italy international, he will at least compete Wojciech Szczesny for the No.1 shirt, rather than be viewed directly as Buffon’s successor – or maybe not.

Our favourite Irish-named Danish footballer, Delaney has moved to Borussia Dortmund from Werder Bremen for a fee of €20million.

The midfielder moved to the Bundesliga in January 2017, immediately helping Bremen avoid relegation and establishing himself as a leader.

Now 26, Delaney will add a combative presence to Dortmund’s midfield, with only Augsburg’s Caiuby winning more challenges than Delaney in the Bundesliga last term.

Seven transfers Liverpool missed out on – and who they signed instead