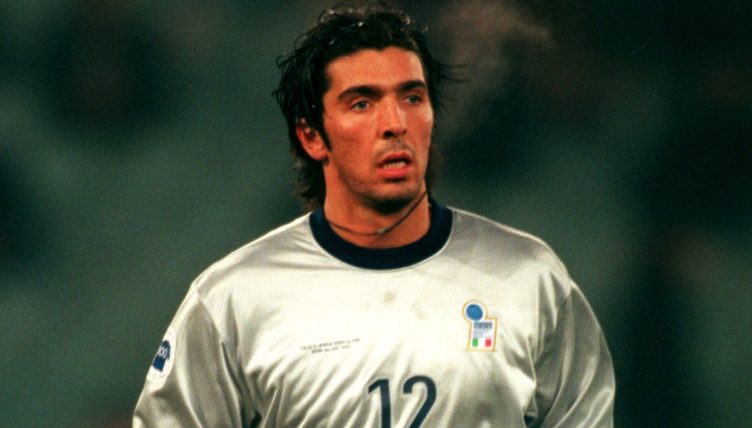 Gianluigi Buffon has made over 1,000 appearances during an incredible career – and he’s had to fight off some serious competition along the way.

We have already published our very own tribute to one of the greatest goalkeepers of all-time, but spare a thought for those who have had to compete with Buffon.

It was only once the outstanding Gianluigi Donnarumma emerged, when Buffon was into his forties, that someone else was finally able to take over the reins. What a run.

Here are seven outstanding goalkeepers who would have been No.1 for any other country in the world but just had to serve as back-up to Buffon for Italy.

He may have enjoyed an eight-year international career, won 39 caps and played in the 1994 World Cup final, but Pagliuca knew he had to call it a day after the 1998 tournament due to the emergence of Buffon.

At one stage the most expensive goalkeeper in the world, Pagliuca went on to play for another nine years after retiring from international duty, but the Azzurri remained in safe hands without his services.

A three-time winner of Serie A goalkeeper of the year, Peruzzi briefly kept Italy’s No.1 shirt warm for Buffon in 1998. But once Gigi took over as first-choice stopper in 1999, Peruzzi would have to wait five years for his next cap.

The only man to displace Buffon as Italy’s No.1, Toldo made the most of his chance after the Juventus man was injured ahead of Euro 2000.

The Fiorentina stalwart, who would later go on to become a mainstay at Inter, was the star of Italy’s semi-final victory over Holland, saving two Frank de Boer penalties – one in normal time – and another from Paul Bosvelt.

Toldo then started the 2002 World Cup qualifying campaign as first-choice stopper, before inevitably losing his spot back to Buffon.

Unaided by the fact his AC Milan career was interrupted by spells outside of the starting XI, Abbiati had to contest with Buffon at his peak for a spot in the Italy team.

Loan moves to Juventus – after Buffon had suffered a shoulder injury – Torino and Atletico Madrid helped Abbiati rediscover his mojo and he went on to make more Milan appearances than any other goalkeeper.

He still could only win four caps for Italy, however.

Is there a greater example of Italy’s wealth of goalkeeping talent over the last 20 years?

Considered one of the best goalkeepers in the Premier League during the early 2000s while at Chelsea, Cudicini was never capped by Italy and called up to the squad just once – that’s as many times as Joe Lewis was called up to an England squad.

As Buffon’s career wore on, Sirigu was often seen as the most likely man to displace the living legend.

After joining PSG, Sirigu was able to display his talent in the Champions League while he helped the French outfit to three straight league titles.

He has accumulated 28 caps and impressed in Italy’s 2-1 victory over England at the 2014 World Cup with Buffon unfit, but as one brilliant Gianluigi retired from international football in 2017, another had already established himself as the new heir apparent in Donnarumma.