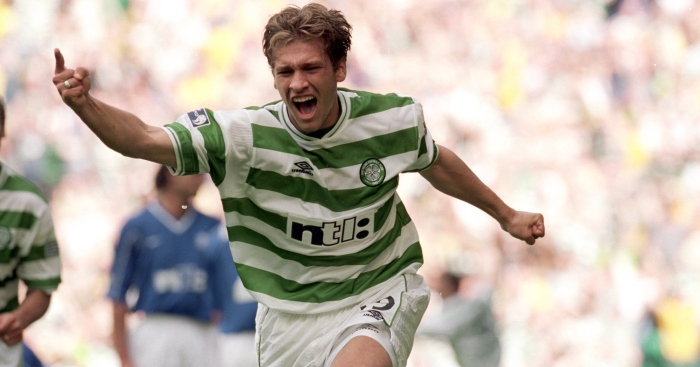 We don’t always like to admit it, but some things in life are more important than football – and these feelgood stories are bound to make you smile regardless of your club allegiances.

As much as we all love the drama, controversy and excitement football delivers, it can also serve as a poignant reminder of what really matters in life.

From players fulfilling their dreams to fans having once in a lifetime experiences – here are seven feelgood football stories to brighten up your day.

At the age of 12, Beiranvand ran away from home to pursue his dreams of becoming a professional footballer, having to live on the streets and work as a street sweeper.

On July 25, 2018, the Iran goalkeeper saved a penalty in the World Cup against one of the greatest players to ever play the game, Cristiano Ronaldo

Iran's goalkeeper ran away from his nomad family, became homeless in #Tehran, worked as a street sweeper, worked in a dress factory & a pizza shop & today he got praise from @D_DeGea, one the world's best keepers. Dreams can come true! https://t.co/syP34ClGwm ht @GolBezan #Iran pic.twitter.com/wjEI1il8xQ

From painting the streets of Brazil in 2014 to playing in World Cup 2018 – dreams do come true, kids.

When the picture below was taken, Jesus could have only dreamed of representing his national team, never mind doing so in a World Cup.

He may be a prodigious talent, but to complete such a journey in just four years is nothing short of ludicrous.

Here's Brazilian soccer player Gabriel Jesus painting the streets in Brazil in prep for the World Cup 2014, like so many other regular kids did all over Brazil that year. Today, he's fulfilling so many of those kids' dreams: he's starting for Brazil in the #WorldCup #BRAxSUI #BRA https://t.co/0SJXAYFILq

One of the most famous feelgood stories of all.

Petrov was diagnosed with acute leukemia in 2012 and was forced to retire in 2013 because of the illness.

Three years later, the Bulgarian was given the all clear and joined pre-season training with Aston Villa to the delight of not only the club’s fans but football fans everywhere.

Sadly it wasn’t meant to be in terms of a comeback at elite level – but that hasn’t stopped him trying his hand at Sunday league.

In March 2012, during the televised FA Cup match between Tottenham and Bolton, Muamba suffered a cardiac arrest in the middle of the playing field.

While the whole stadium chanted his named as he received treatment, it was later revealed the midfielder’s heart had stopped for 78 minutes – yet he went on to make a full recovery.

Muamba was forced to retire following medical advice, but as far as comebacks go, the man that quite literally came back to life is pretty impressive.

His return to White Hart Lane was an emotional moment for all.

Back in 2016, a picture of the six-year-old Afghan boy went viral after he was seen wearing a homemade version of an Argentina shirt.

Ahmadi was pictured wearing blue and white striped bin bag with ‘Messi 10’ written across the back.

“We were living in a poor village far from the city and it was impossible for me to get him the shirt,” his dad said.

“He kept crying for days, asking for the shirt, until his brother Hamayon helped him make one from the plastic bag to make him happy. He stopped crying after wearing that plastic bag shirt.”

UNICEF caught wind of the picture and got in touch with Barcelona, with Messi himself sending the child two signed shirts and a signed football, making him the happiest kid in the world.

“I love Messi, and my shirt says Messi loves me,” Ahmadi said, but that couldn’t prepare him for actually meeting his idol.

The Old Trafford bomb scare back in 2016 wasn’t convenient for anyone, but it put nobody out more than Moses Kamara.

Kamara, a fan from Sierra Leone, had saved up travel to Manchester for his first ever United game – only for it to be called off thanks to the fake bomb fiasco.

The 500 mile-round-trip seemed bad enough for the Bournemouth fans at the time, so the 3170 mile one-way trip for Moses can’t have felt great.

United fans comforted Moses after the game and the story soon caught on.

The Supporters Trust decided to raise money so that Moses could have his flight changed and was able to attend the FA Cup final at Wembley.

He may not have gotten to see Old Trafford, but it wasn’t a bad consolation prize.

Fifteen-year-old Raza’s dream came true when he was invited to take part in the coin toss between Brazil and Costa Rica at the 2018 World Cup.

The past three generations of his family have been in the business of hand-stitching balls for the World Cup and other professional leagues, and Raza was gifted this incredible moment as a thank you.

Speaking before the game, he said: “I could have never imagined that I would be here. I am so happy to be at the St. Petersburg Stadium.”

For the first time ever a Pakistani teenager, Ahmed Raza, was called upon to FIFA World Cup football match to conduct the toin toss. It is a proud moment for all Pakistanis as Pakistan's flag was waved along with other competing nations. #EmergingPakistan