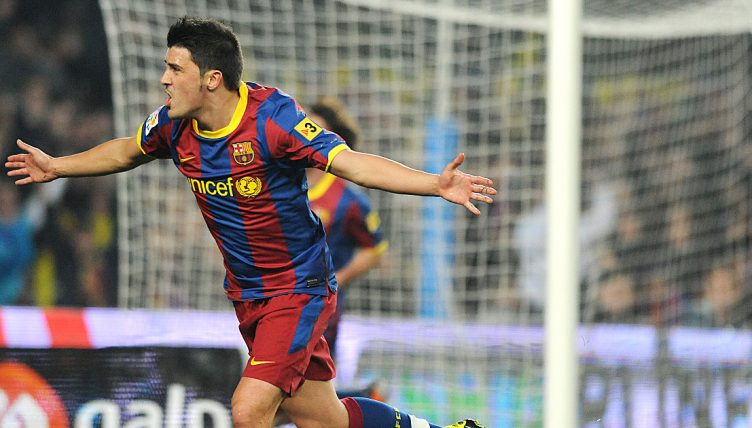 Barcelona has been home to some of the world’s best footballers over the past two decades – but some of the players they’ve sold have made the Spanish giants regret letting them go.

Even during the glory days under Pep Guardiola, Barca often bought expensive attacking talent only to sell them on when they couldn’t eclipse Lionel Messi.

That doesn’t mean those sold have been failures. Indeed, some of Barca’s most treasured players have demonstrated their class after leaving the Camp Nou.

We’ve identified seven players that have come back to haunt Barcelona by scoring against them.

One of the greatest strikers of all time, the ‘Original’ Ronaldo is well respected by football fans everywhere. Except Barcelona.

After just one season at the club, where he scored 47 league goals in 49 games, the Brazilian moved to Inter Milan, before joining Real Madrid in 2002.

Playing for the old enemy was bad enough, but in December 2003 Real Madrid won at the Camp Nou for the first time in 20 years, with a 2-1 victory.

The forward made it 2-0 with 20 minutes to go before Patrick Kluivert pulled one back for the hosts, and he terrorised the Barcelona defence all game.

Real Madrid would go on to lose the title to Valencia that season, but Ronaldo had done enough to humiliate his former employers. 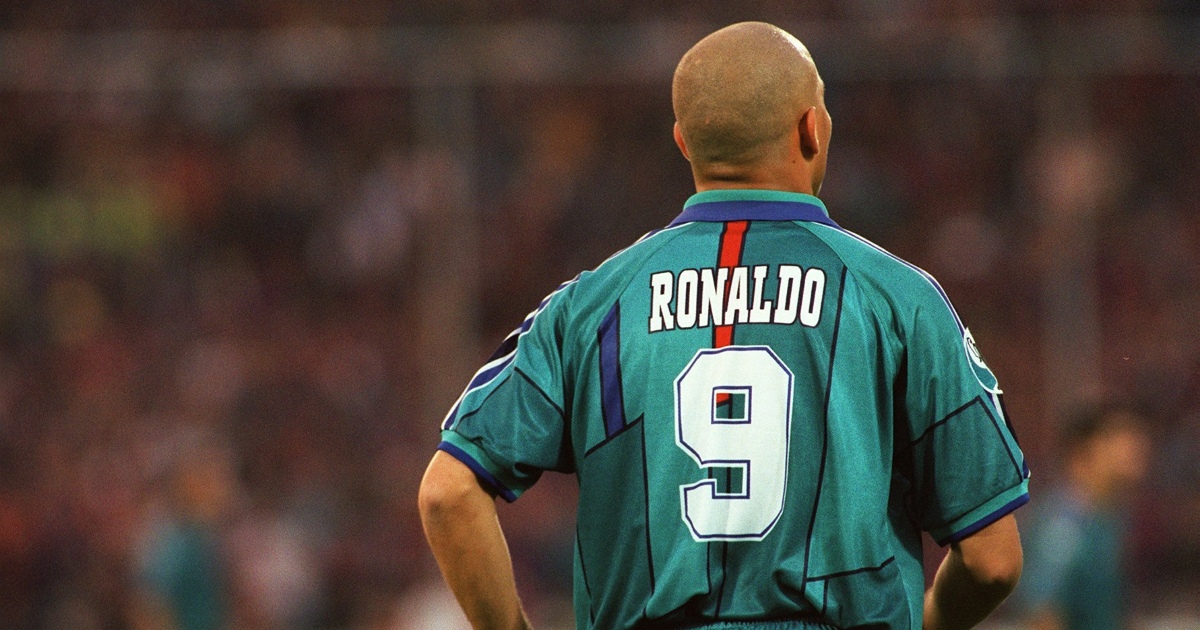 READ: Ranking every player to wear No.9 for Barcelona since 1995

The controversial Swedish superstar, like Ronaldo before him, only spent one season at the Camp Nou before moving to Inter Milan, but came back to haunt Barcelona on multiple occasions.

Ibrahimovic spoke badly of his time at the club, singling out Pep Guardiola in particular, as someone who he could not work with.

“Guardiola was staring at me and I lost it. I thought ‘there is my enemy, scratching his bald head!’. I yelled to him: ‘You have no balls!’ and probably worse things than that,” Ibrahimovic once stated.

He got some revenge on three different occasions, once for AC Milan and twice for PSG in the Champions League, but won none of the games he played against the side for whom he scored 24 goals.

One of the deadliest forwards of his generation, David Villa is an absolute legend of Spanish football, and one of his greatest accomplishments was winning La Liga with Atletico Madrid.

Moving to Diego Simeone’s side for a small fee near the end of his career seemed an impressive capture for Las Rojblancos, but they could not have imagined it going quite so well.

Villa scored 15 goals as Atletico won a shock title on the final day and reached the Champions League final, and the first of these came against Barcelona in the 2013 Supercopa.

Just 12 minutes in, Villa smashed a magnificent right-footed volley into the bottom corner, showing his old employers what he was still capable of, and Atletico took the lead.

They would go on to lose the tie on away goals, but Villa’s passionate celebration sparked wild joy amongst the Atletico faithful, which will not be forgotten in a hurry. 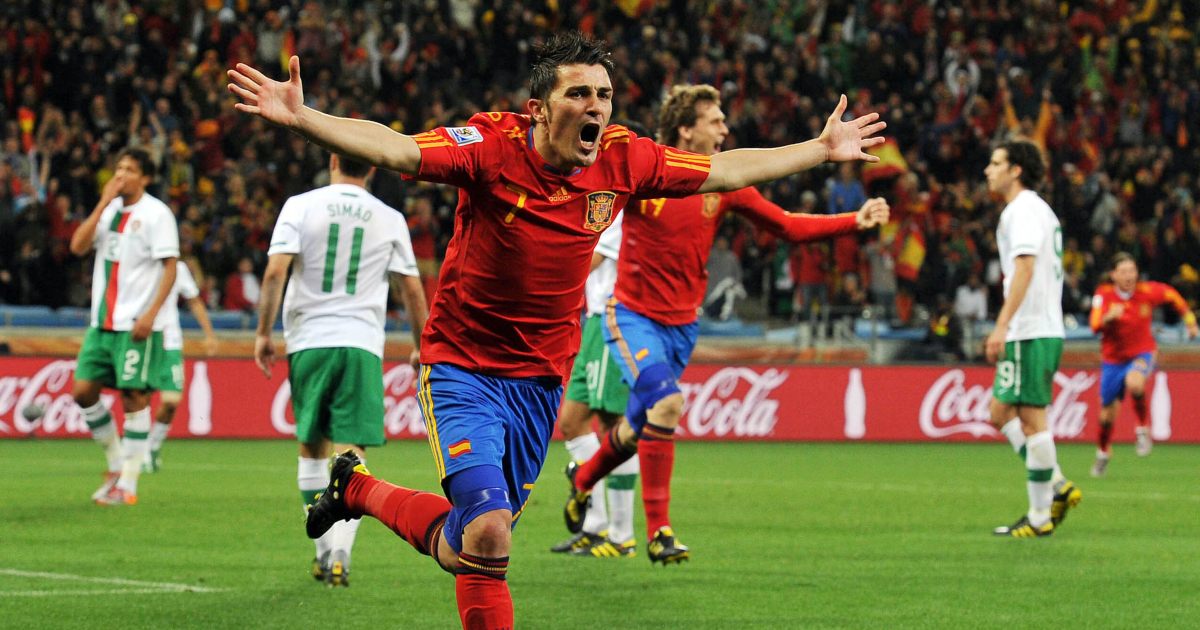 READ: A tribute to David Villa, a man who never arrived too late nor too early

Like David Villa before him, Suarez was one of the greatest forwards to kick a ball, and moved from Barcelona to Atletico cheaply before winning a title in Madrid at his old club’s expense.

Suarez was sensational for Atletico, scoring 21 league goals, including two in the final two games to secure a second league title for Diego Simeone.

That was enough to embarrass Barcelona, who had ditched their legendary forward in favour of Martin Braithwaite. But, in the following campaign, Suarez would score against the side where he established himself as one of the greats.

In two games against Barcelona, Suarez scored twice and assisted twice, firstly in a 2-0 Atletico win, before firing in a consolation in a 4-2 loss in February 2022.

Suarez paid tribute to his new side and criticised Barcelona after he fired Atletico to their league title.

“I had to live through a difficult situation, starting the season being under-appreciated and Atletico opened the door to give me the chance to show that I could still be a force,” Suarez stated.

“That’s why I’m always going to be grateful to this great club for trusting me.”

Cucurella is someone who can rightfully claim that Barcelona treated him badly.

After a successful loan at Eibar in 2018-19, the Spanish left-wing-back joined the club permanently before Barcelona exercised his buyback clause just days later – only to then loan him out to Getafe.

After many loans, sales and rebuys, Barcelona finally sold Cucurella to Brighton in 2021, where he is thriving as one of the best wing-backs in the Premier League.

Not only do Barcelona miss Cucurella, but he even scored against them whilst on loan at Eibar, opening the scoring in the 20th minute in a 2-2 draw at Ipuru Principal Stadium.

The 23-year-old didn’t hold back in his criticism of the club, stating that “Barcelona has been badly run for quite some time now,” in December 2021.

He does have a point…

Barcelona’s record signing. £140million. His best moment in a Barcelona game? Scoring twice against them in an 8-2 Bayern Munich win.

The deal really couldn’t have gone worse for them.

Flashback to Coutinho embarrassing Barcelona while on loan at Bayern 🙈pic.twitter.com/STBfVKL0H2

The heir to Xavi’s throne, Rakitic proved to be solid and unfairly disrespected in his six seasons at the Camp Nou.

The Croatian midfielder returned to Sevilla in 2020, and scored their second goal in a 2-0 win over Barcelona in the Copa Del Rey semi-final.

However, Barcelona had the last laugh. They won the second leg 3-0 in the very last minute to complete a remarkable turnaround to reach the final, which they eventually won.

Rakitic had his moment in lights, but it turned out to be fruitless. Some finish though.