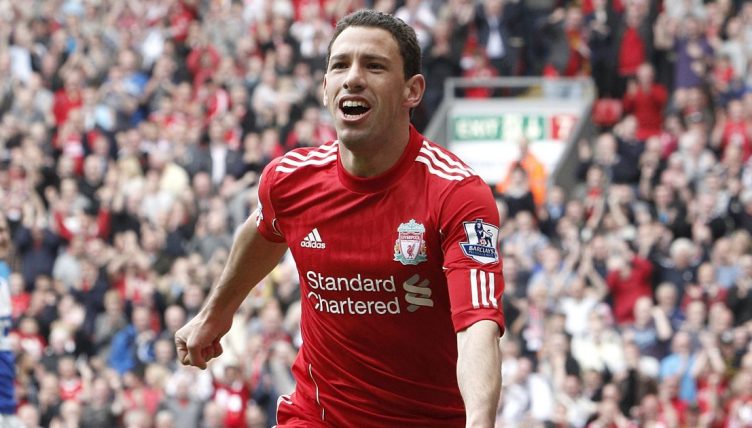 Liverpool have got through a lot of players over the last decade or so, and some of their former favourites continue to pop up where you least expect.

Reds fans who hadn’t been following the Championship might have been given a pleasant surprise when Sergi Canos, one of the first crop of youngsters used by Jurgen Klopp, scored Brentford’s first ever Premier League goal.

We also saw former Reds in action at Euro 2020, where Danny Ward thrived for Wales and Emre Can made three appearances for Germany, but we knew more or less what these men were up to.

The same can’t be said for every ex-Liverpool player, though, and there are a few who you might not have realised are still playing.

Plenty of fans will have heard from Adam recently thanks to his broadcasting work, but some could be forgiven for not realising he’s not yet hung up his boots.

The Scottish international spent seven years at Stoke City after leaving Anfield in 2012, dropping down to the Championship with the Potters in a squad which included fellow former Liverpool man Joe Allen.

Adam has spent the last season and a bit back north of the border, helping Dundee earn promotion back to the Scottish Premiership last season, and has already scored his first goal of the new campaign.

Insua’s name is one which will be remembered fondly by some, not least for his spectacular goal against Arsenal in 2009.

The Argentina international left-back is one of a select group to have played top-flight football in England, Spain, Germany, Portugal and Turkey, ending his Bundesliga spell in 2020 to move to Major League Soccer.

Now 32, he’s back home in Argentina with Aldosivi, where his colleagues include former Newcastle United centre-back Fabricio Coloccini.

The Argentine full-back scored Stuttgart's first goal of the season, and it was an absolute rocket 🚀 pic.twitter.com/CVZDPXigyo

Big things were expected of Pacheco when he joined Liverpool from Barcelona as a teenager, but he never quite made the grade in his handful of first-team games under Rafa Benitez and his successors.

The Spaniard has spent most of his career in his native Spain, with the majority of his 200-odd games coming in the Segunda Division.

He moved over the summer to Logrones, who are attempting to rebuild after suffering relegation from the second tier last season.

Another promising young talent who couldn’t take the next step, Spearing still managed to rack up more than 50 games for the Reds. Yes, we’re as surprised as you.

He has mostly remained in the North West since leaving in 2013, forging a solid career with clubs including Bolton Wanderers and Blackpool and briefly playing under former Liverpool coach Neil Critchley with the latter.

The midfielder joined Tranmere Rovers in 2020 and has been a regular this term, while his team-mates include a former Everton academy man in defender Peter Clarke.

Australian goalkeeper Jones left an impact in his eventful time at Anfield, playing just 15 games over several years but including an FA Cup semi-final victory over Everton and a league outing against Manchester United.

The former Middlesbrough man re-emerged a few years ago as a Feyenoord player, keeping a clean sheet in a famous Europa League win over United, but at 39 years of age you might not expect him to still be going.

He is, though, playing under former Premier League midfielder Richard Garcia at Perth Glory in the A-League.

Speaking of backup goalkeepers, Brazil international Cavalieri was unable to dislodge Pepe Reina in the league but did feature in four different cup competitions, including a start in one of Liverpool’s saddest ever Champions League games against Fiorentina in 2009.

When he resurfaced at Crystal Palace in 2018, earning a reunion with Roy Hodgson after two Europa League appearances under the Reds boss, it felt like a last hurrah (albeit a non-playing one).

Instead, he returned to Brazil after leaving Selhurst Park, and has played more than 40 further games for Botafogo with the most recent coming in February of this year.

Yes, that Maxi Rodriguez. The man who scored a memorable goal at the 2006 World Cup and was already 29 years old when he joined Liverpool in 2010.

Reds fans will remember the Argentine for his run of seven goals in three games at the end of the 2010-11 season, and his return to South America might have made it easy for European fans to miss his twilight years.

The winger last played for Argentina in 2014, but he remains a part of the Newell’s Old Boys squad, having rejoined for a third spell in 2019. He’ll turn 41 in January, and he’s not just making up the numbers. 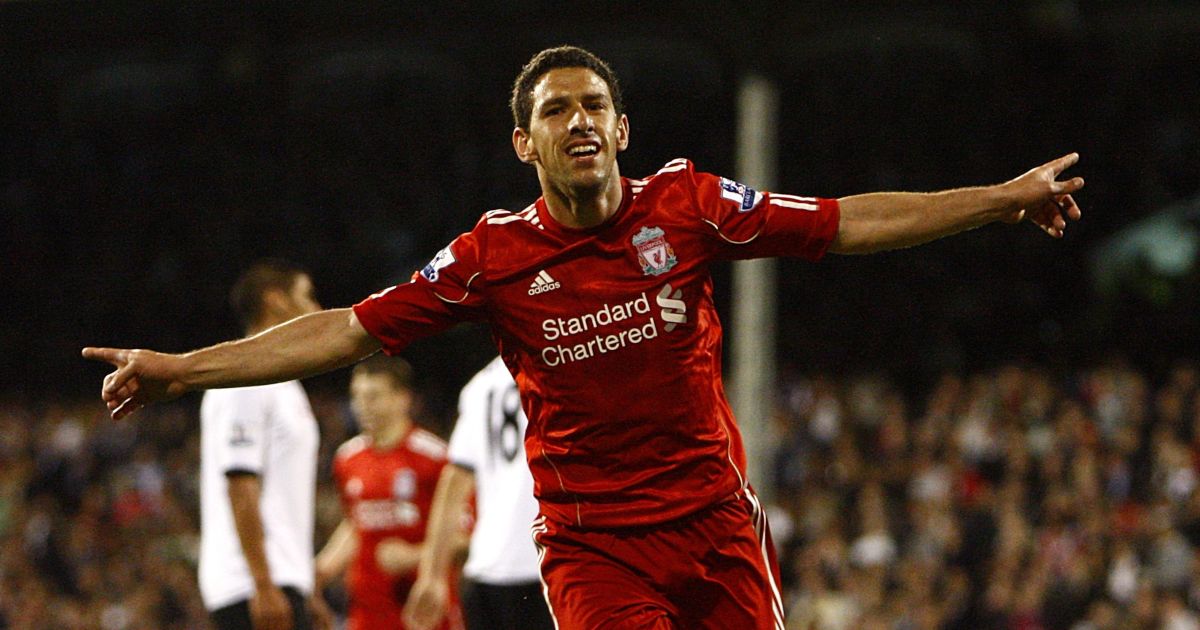