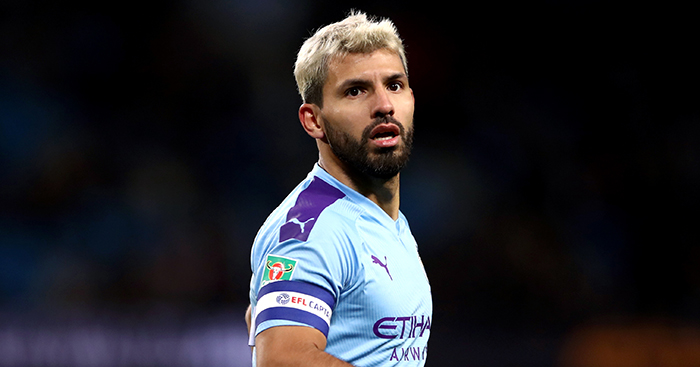 Halloween is over, but the 2019–20 FPL nightmare is only just beginning. Here’s why your November masterstrokes are destined to fail.

The present season of Fantasy Premier League has been one of the worst ever.

The weekly average has fallen below the 40-point mark on multiple occasions, clean sheets have been elusive, and big-price behemoths like Mo Salah and Sergio Aguero have fallen below their usual standards.

It’s a shitshow, in other words, unless you hacked the system to get 15x John Lundstrams.

Unfortunately, things are about to get worse.

Think the table is making a bit more sense after 10 games? Think you’ve sussed out who’s improving and who’s following Teemu Pukki into the scrapheap?

Alas, you have not.

Your decision making is as predictable as ever, Christian Pulisic won’t score any more hat-tricks, and your team would have been better off had you just LEFT IT ALONE after GW1.

Here are seven disastrous mistakes you just made trying to save your season.

1. You’re a sucker for hat-tricks

Remember the elation? Remember when you, along with about 200,000 other managers, stuck him straight in your team? The future seemed so bright.

Since the Watford match, Bernardo Silva has picked up more FA misconduct charges than match balls, registering one assist and zero goals in four games.

2. You binned Sergio Aguero ahead of SOU (H)

The game’s most expensive forward is not a man in form. He’s played 14 minutes in the last two matches and hasn’t found the net since Bernardo Silva scored his only career hat-trick.

Against this Southampton side, however, Agüero will only need about 14 seconds of playing time to get on the scoresheet, which is something the 200,000+ managers selling him this week don’t seem to have considered.

Give the lad a chance.

Look at how many Fantasy managers who will captain you this weekend vs Southampton.

Please 15 goals is all what we need.

FYI, You can't do what you did vs Aston Villa again 🙏🙏

3. You picked John Lundstram but not his mates

Going by the FPL definition (must have played 60+ minutes), the most clean sheets by a defender this season is four.

A total of six defenders share that record, and all of them play for Sheffield United.

John Lundstram (£4.7m) may be a bona fide cult hero, but his high points tally is skewed by an unlikely goal in GW2, and his colleagues aren’t actually far behind him.

4. You think Man United are BACK, baby

A goal and a missed penalty apiece have seen Marcus Rashford and Anthony Martial selling like hotcakes, despite Solskjaer’s United being fundamentally not that good.

5. You think this is the start of an unprecedented Ben Chilwell scoring streak

Prior to that hard-fought 9-0 last Friday, Ben Chilwell had scored one career goal in more than a hundred games.

This week, he’s been transferred in by more than a quarter of a million FPL bosses, all of whom are hoping to see a quick repeat and big gains on their £5.5m.

Scored a goal too 😳🤣 pic.twitter.com/3GOCKXbFbo

Chilwell undoubtedly has a great future ahead of him, but when a player doubles his FPL points tally in a single match, you should really assume that match to be the exception rather than the rule.

Chill out on Chilwell, guys!

“Ten years for me is enough,” said David Silva over the summer, confirming that the 2019–20 season would be his last in Manchester.

But what a final season it’s turning out to be.

In eight starts, the no-longer-bald playmaker has already claimed three goals and five assists, earning him almost as many FPL points as Raheem Sterling.

But fantasy bosses are still hesitant, with only 12.9% opting for the Spaniard.

He’s less popular than both Kyle Walker, who has roughly one third Silva’s points total, and namesake Bernardo, who can only score against Craig Dawson and Adrian Mariappa.

7. You have Brighton Block

Never mind what the table says: Graham Potter’s Brighton are the best team in the land, and your reluctance to pick their players will ultimately cost you.

Aaron Connolly and Neil Maupay are in better form than Tammy Abraham and Pierre-Emerick Aubameyang, and both could fill their boots during their home fixture against Norwich.

Then again, maybe Pukki is due another hat-trick.

Can you name the top 29 scorers of Premier League own goals?