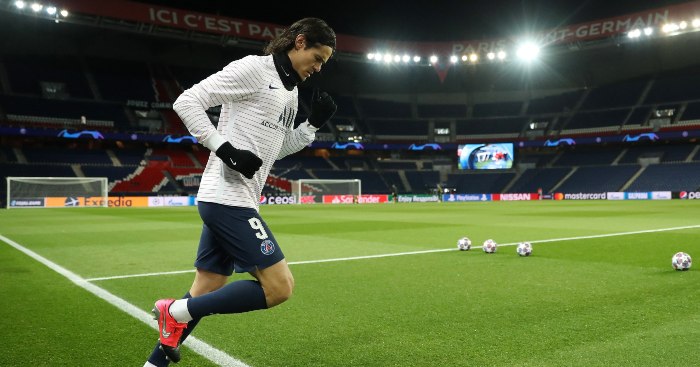 Former Liverpool, Chelsea and PSG players are currently among the highest-profile free agents still waiting to find a club for 2020-21.

We’ve already spoken to two players – Joel Lynch and Reuben Collins – at different stages of their careers about the difficulty of finding a club in the current economic climate, and those struggles extend to the highest reaches of the game.

We’ve taken a closer took at seven players with Champions League experience who still find themselves without a club.

One of the most striker-y strikers of his generation, Cavani was one of a number of high-profile players to leave PSG after their contracts expired this summer. Unlike Thiago Silva and Thomas Meunier, Cavani is yet to sign for a new club despite plenty of speculation surrounding the 33-year-old.

Cavani has been linked with Chelsea and Atletico Madrid, only for the two clubs to sign different attacking targets, while a move to Benfica collapsed with the Portuguese outfit unable to meet his wage demands.

Manchester United are now being mooted as potential suitors for the Uruguay international. After a summer chasing Jadon Sancho while they desperately need defensive reinforcements, it would be very Ed Woodward to suddenly sign Cavani for no apparent reason.

In the meantime, Cavani has been keeping himself fit by turning to ballet, saying: “I don’t share the view that every boy has to play only soccer.

“I believe that girls and boys have to be free to seek their happiness in what they are most passionate about, because that’s the best way to be well-trained, growing day by day in a firm structure.”

We’re writing this on the second anniversary of Sturridge’s brilliant strike against Chelsea, his last goal in a Liverpool shirt. While the former England international has been linked with Sheffield United, a link quickly dismissed by Chris Wilder, he was most recently spotted training with eighth-tier Kidsgrove Athletic.

Exactly this time two years ago, we were bouncing back up to Liverpool after @DanielSturridge scored *that* equaliser in the 89th minute at Stamford Bridge…

You could be forgiven for thinking that Gotze has become the forgotten man of European football after his return to Borussia Dortmund fell flat, leading to his release at the end of 2019-20.

But in recent weeks, two clubs have expressed an interest in signing the midfielder, including, somewhat bizarrely, his former side Bayern Munich.

According to Bild, Gotze has held talks with Bayern boss Hansi Flick, who has publicly expressed his admiration for the player and wants reinforcements following the departures of Thiago Alcantara and Javi Martinez, plus the loan returns of Philippe Coutinho, Ivan Perisic and Alvaro Odriozola.

However, Bayern chiefs Karl-Heinz Rummenigge and Hasan Salihamidzic are reportedly not keen on the idea, despite captain Manuel Neuer saying: “It’s up to the bosses to decide whether he is a topic for us. But I’m confident he would be able to do well at Bayern.”

A move to Hertha Berlin appears more likely for the 28-year-old, who has vowed that he wants to win the Champions League before the end of his career, with sporting director Arne Friedrich recently admitting his interest in the man who scored the winning goal in the 2014 World Cup final.

Having spent the last seven years scoring the exact same goal for Napoli without anybody noticing, Callejon has reportedly been earmarked by Fiorentina as a potential replacement for Federico Chiesa, who is attracting interest from Juventus.

Time may not be on the 33-year-old’s side, but the winger still provided three assists in seven Champions League outings last term, including one in Napoli’s 2-0 win over Liverpool. 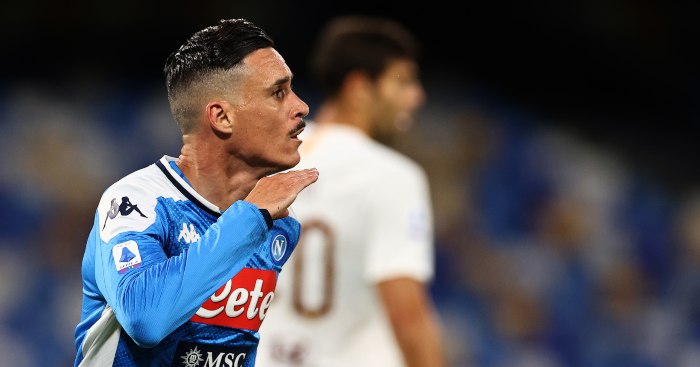 READ: Jose Callejon scored the same goal for Napoli for 7 years but nobody noticed

Scorer of the most stupid goal in Champions League history, Mandzukic was widely tipped to swap Juventus for Manchester United or Tottenham last season, only to instead make the leftfield move to Qatari side Al-Duhail in December 2019.

After 10 appearances and two goals, the striker’s contract was terminated in July. Fiorentina, Inter and Galatasaray were among a number of clubs linked with the 34-year-old, although a move to MLS has also been mentioned. 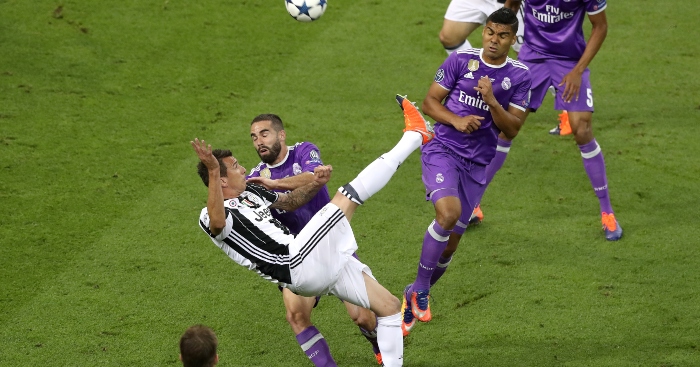 READ: Juve played a game of chicken so well it made the most ridiculous CL goal ever

Stop laughing, you at the back. Not only does Choupo-Moting have Champions League experience with both Schalke and PSG, but the former Stoke forward scored PSG’s dramatic 93rd-minute winner against Atalanta in last season’s quarter-finals.

PSG even tried to extend the forward’s contract, only for talks to break down, suggesting beggars can indeed be choosers.

Without a club, the Cameroon captain has been left out of the side’s squad for the upcoming friendly with Japan, which may hasten his search for a new club.

In 2009, Sir Alex Ferguson wrote to Defour to wish him a speedy recovery from a broken foot that scuppered the midfielder’s potential move to Manchester United from Standard Liege.

Fergie promised to keep track of Defour’s progress, but he ultimately joined Porto in 2011, where he played Champions League football for the first time.

He built on that European experience further with Anderlecht before joining Burnley in 2016. Defour was an instant hit the Clarets, telling the Burnley Express he was “in the best form of my life” at Turf Moor, only for injuries to wreck his progress.

Defour, now 32, spent last season at Royal Antwerp after his Burnley contract was mutually terminated, but he is once again on the lookout for a new side.