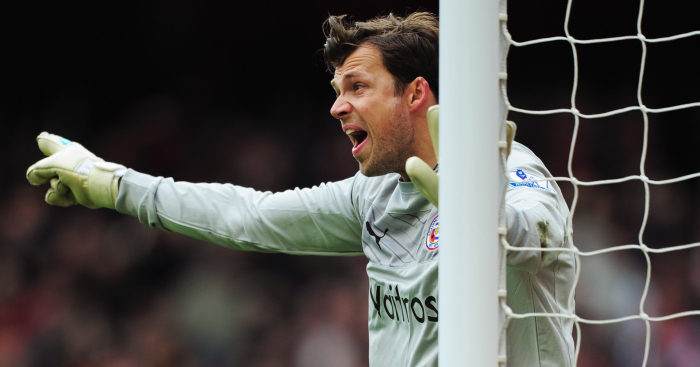 It is strange to imagine joining a club knowing you’re not actually going to play – but Manchester City, Manchester United and Chelsea are among the clubs to have signed goalkeepers seemingly happy with such an arrangement.

The life of a third-choice goalkeeper must be a strange one. In every other position you can bank on injuries or loss of form earning you a chance at some stage, but injuries in particular are much less common among No.1s.

And even if the current incumbent does lose form, the third-choice keeper knows there’s still another man ahead of him in the pecking order. It makes even cup games hard to come by, but it’s a situation that seems to suit some…

After a six-year spell with Ipswich Town as number one, playing 240 league games, in 2001 Wright moved to Arsenal, where his career would take a turn.

In 2012, he decided to make lemonade out of the lemons he had been handed, signing for Premier League champions Manchester City.

He remained at the Etihad Stadium for four seasons, earning a reported £350,000 a year, but did not make a solitary appearance before retiring in 2016. 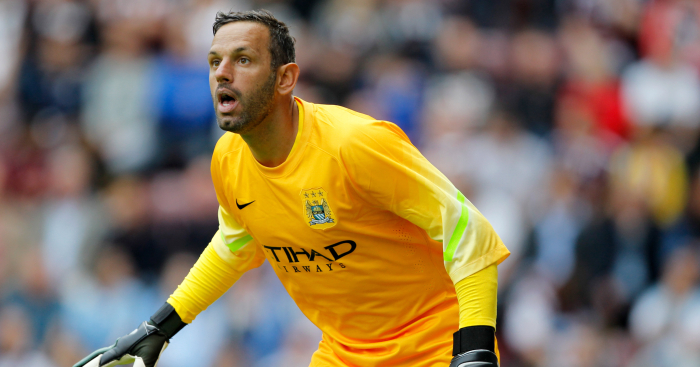 Another former Manchester City man, Nash made plenty of appearances in the Championship but was never backed to be a No.1 in the Premier League.

It was a theme throughout his career as he fluctuated between being first and second choice, but from 2007 onwards he seemed to accept the latter, failing to make a single league appearance across seven seasons for Wigan, Everton, Stoke City and Norwich City in the Premier League.

He actually made two FA Cup finals during his career but never got to walk out on the hallowed turf at Wembley, other than to warm up.

The ultimate number three goalkeeper, Taylor made a grand total of 95 appearances in his 19 years as a professional, which is surely a record.

He actually has a Premier League winner’s medal to his name, playing 10 times for Arsenal in 2001-02, but remarkably that was a tally he never once improved on after leaving the Gunners in search of first-team football.

He acted as back-up for Aston Villa, Manchester City, Reading, Leeds United and Southampton, who he joined in 2016, admitting: “Nobody promised me anything. I know my role.”

Rumour has it that he’s now passing his time sitting on park benches, trying to feel like he’s a part of it.

After sealing a move to Chelsea at the tender age of 38, Green expressed his delight at the fact he’s joining “one of the biggest clubs in world football”.

Green, of course, spent most of his career as first choice for Norwich City, West Ham, QPR and Leeds United, making the transition to rarely-needed goalkeeper in 2017-18 when he joined Huddersfield Town and failed to make a single first-team appearance.

Your agent should be knighted by the queen

He joined Stoke City in 2016 and went on to star in Jack Butland’s absence, but then Butland returned and in the summer of 2018 Grant, at 35, understandably decided he’d rather be Manchester United’s No.3 than Stoke’s No.2 in the Championship.

A man with more clubs than Tiger Woods, Warner became known as ‘Tony Bonus’ while at Liverpool, failing to make a single first-team appearance in five years as a pro at Anfield.

He did at least get to sit on the bench more often than not, affording him a pitchside view of one of the great Premier League games between Liverpool and Newcastle United in 1996.

Still, in 1999 he decided he’d rather play some actual football and left for Millwall, where he made 200 league appearances in five years.

In 11 years after leaving The Den in 2004, he added a rather unimpressive 146 to that tally, signing permanent deals with the likes of Cardiff, Fulham and Tranmere Rovers, but never really making an impact that he’d want to. 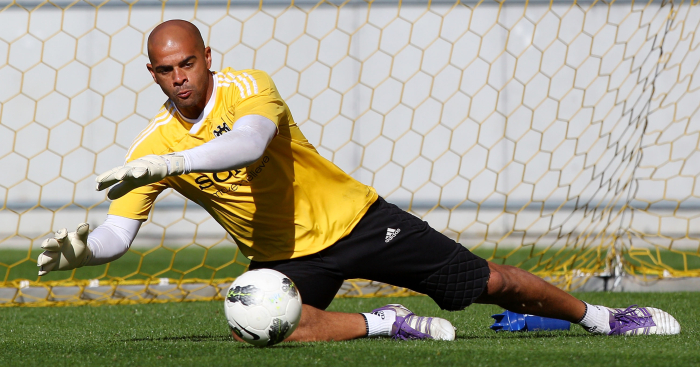 READ: The story of Tony Warner, the Liverpool bench and the best-ever PL game

A goalkeeper who just couldn’t catch a break, Turnbull was highly rated when he broke through at Middlesbrough but found himself behind Mark Schwarzer, making only five appearances for the Teessiders between 2002, when he signed his first pro contract, and 2008, when Schwarzer left for Fulham.

Turnbull made 22 appearances in the Premier League in 2008-09 as he competed with Brad Jones, and clearly he felt that was too much, leaving for Chelsea at the end of the season.

He made seven Premier League appearances across four years at Stamford Bridge before dropping down into the Football League for regular football with Doncaster Rovers and Barnsley, and then aptly finishing his career with a season at Leeds United in which he made only one appearance.

Talking of Jones, his career didn’t pan out much better.

He stayed at the Riverside Stadium for a season longer than Turnbull, making 23 appearances in 2009-10, but clearly envious of his old rival’s life at Chelsea, in the summer of 2010 Jones decided to join Liverpool, where he made a grand total of 11 Premier League appearances across five years.

He left Anfield for Bradford City in 2015 but had his contract cancelled by mutual consent less than three months later before moving to the Netherlands, first with NEC and then Feyenoord, with whom he won the Eredivisie.

21 things everyone who played football as a kid will remember

The most iconic goalkeeper jerseys of all time – The good, bad and ugly