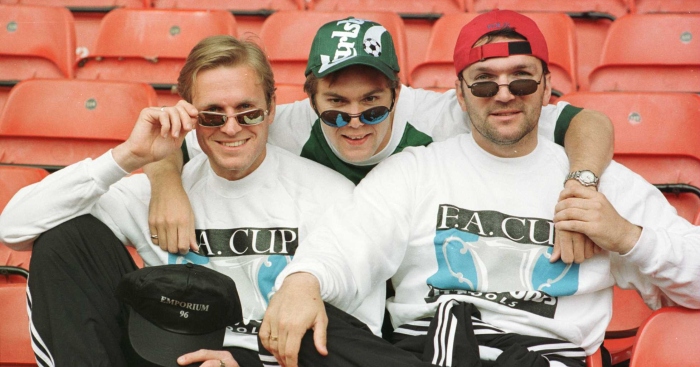 Former Liverpool midfielder Jason McAteer wasn’t exactly renowned for his intelligence during his playing career, but he can certainly tell a good story about it.

In his own words, McAteer “wasn’t the brightest penny in the bucket”, earning himself the nicknames ‘Trigger’ and ‘Dave’ after the characters from Only Fools and Horses.

The Tranmere sacking and the bike

McAteer was John Barnes’ dutiful assistant at Tranmere Rovers – think Dave Dodds to England’s Mike Bassett – in a disastrous spell which lasted all of 11 league matches before the duo were sacked.

As ever, McAteer was keen to look out for his friend and convinced Barnes not to cycle out of the club with the press watching on. The only problem was how to get Barnes’ bike into McAteer’s car…

A trip to the beach

Razor Ruddock has plenty of stories to tell about his mate Dave, who yet again was just trying to look out for his friends on a holiday in Ibiza with his Liverpool team-mates.

McAteer did at least get his own back on Ruddock.

An invite from Bono

McAteer wrote his name in Republic of Ireland folklore with the famous winner against the Netherlands which helped the side qualify for the 2002 World Cup.

His heroics even earned an invite from Bono to come out on stage at a U2 gig. But McAteer had other ideas.

McAteer was once one of the few players to be brave enough to stand up to Keane on the pitch, but he still found the former Manchester United captain intimidating – even when they were playing on the same team.

Jimmy White and a Rolling Stone

After one trip abroad with the Republic of Ireland, McAteer returned for a night out with one of his heroes, snooker player Jimmy White, who just so happened to be with “the fella from The Rolling Stones, you know the one with all the lines on his face…Keith Moon”.

The policeman and the coat hanger

Another one from Razor to finish on, with a story about how McAteer almost landed himself in a spot of bother while defrosting his car.

Neil Ruddock with a story about Jason McAteer and a coat hanger… pic.twitter.com/ZrMExzgFbp