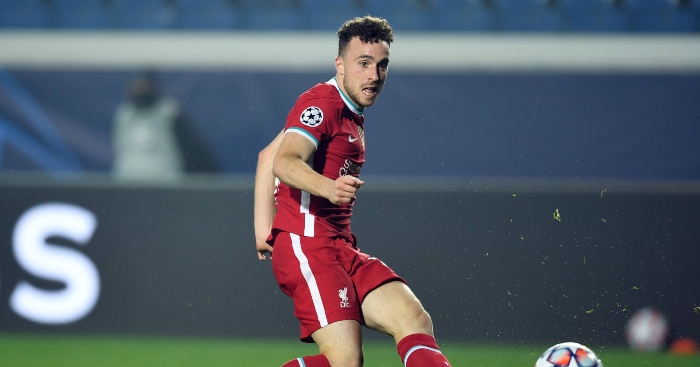 Diogo Jota continued his remarkable start to his Liverpool career by netting a hat-trick in their 5-0 win over Atalanta in the Champions League.

Jota, who joined the Reds from Wolves in a £45million deal in the summer, has exceeded expectations by making an instant impact at Anfield.

We’ve collected a selection of stats that highlight his incredible start to the season.

– Despite only starting six games for Liverpool so far this season, he now has seven goals for the club, averaging a goal every 71.4 minutes.

– The 23-year-old has scored more goals after 10 Liverpool matches than any player since Robbie Fowler in 1993.

– The Portugal international is just the second player to score on his first two Champions League starts for Liverpool after Robbie Keane in 2008.

– He has now scored more goals for Liverpool in 2020 than Roberto Firmino despite playing 1,930 minutes less than the Brazil international.

– Since the start of last season, he has scored three hat-tricks in European competitions. No other player has scored more than one hat-trick in that time.