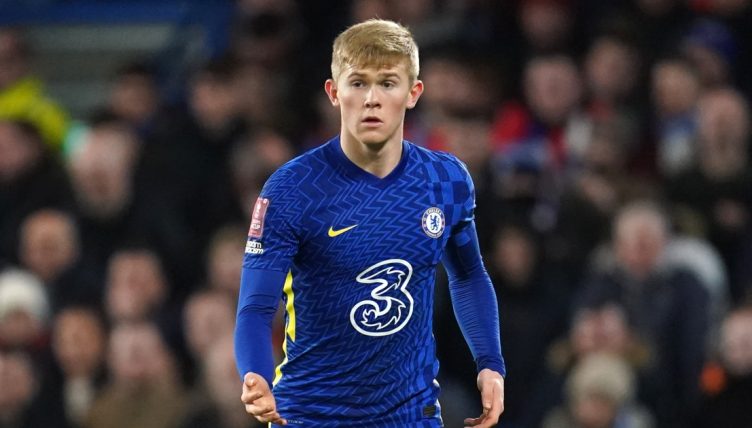 Lewis Hall made his Chelsea debut in their FA Cup win over Chesterfield and produced a Man of the Match performance at Stamford Bridge.

Hall, who often plays as a midfielder for Chelsea’s youth teams, was deployed as the left-centre-back in a back three and helped the Blues to a 5-1 win.

“Ever since I was a kid here at Chelsea, this is what I’ve worked towards so to finally get the opportunity is an amazing feeling and to do it in front of my family and all the fans here at Stamford Bridge is just incredible,” Hall told Chelsea’s official website after the game.

“I found out I was starting during the day. We had a meeting where the manager announced the starting 11 and I was really nervous straight away.

“As soon as I saw my name on the team sheet, I was shaking and everything. I had to take a couple of hours to process it.”

But he didn’t show any nerves on the pitch and here are seven stats about the teenager’s impressive debut for Chelsea.

– At 17 years and 122 days, Hall became the youngest player to start an FA Cup game for Chelsea.

– He created two chances and also registered an assist on his professional debut, winning the ball back before setting up Romelu Lukaku’s goal with a great cross.

Lukaku is back in the goals for @ChelseaFC 👏#EmiratesFACup pic.twitter.com/W4jIsU169g

– The midfielder has registered more first-team assists in 2021-22 than Manchester United’s Jadon Sancho and also has as many as Tottenham’s Harry Kane.

– The 17-year-old showcased his impressive ability on the ball, recording a 93% passing accuracy and having more touches (125) than any other Chelsea player.

– He also completed eight of his 10 long balls and was successful with both of his dribble attempts against Chesterfield.

– Alongside his four clearances, two tackles and eight recoveries, Hall also won more duels (10) than any other player on the pitch.

Where are they now? Chelsea’s last League Cup-winning team from 2015