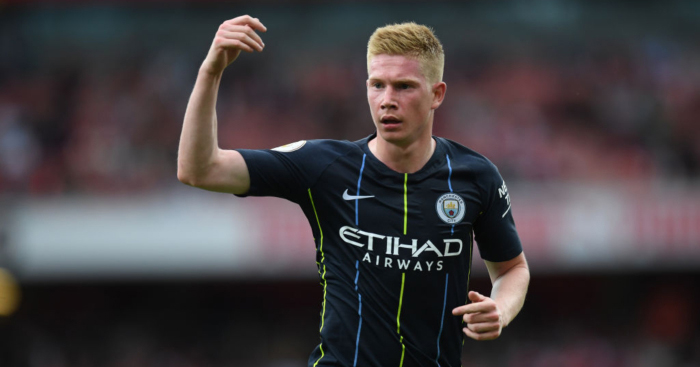 The annual FIFPro World XI is supposed to be made up of the best players that year – but Liverpool and Manchester City stars are among those who may argue that isn’t always the case.

Each year since 2005, every professional footballer in the world has been invited to choose the best team of the past 12 months, consisting of a goalkeeper, four defenders, three midfielders and three forwards.

Unfortunately, the final teams are rarely released without controversy…

Despite making the three-man shortlist to be named the world’s best player of the year, Salah didn’t make the 2018 FIFPro XI, with Cristiano Ronaldo, Lionel Messi and Kylian Mbappe selected instead.

Salah missed out yet again in 2019 despite winning the Champions League and scoring in the final, as Ronaldo, Messi and Mbappe made up the attack for the second year in a row.

Remarkably, he didn’t even make the 55-man shortlist in 2017, with N’Golo Kante, Nemanja Matic, Paul Pogba, Philippe Coutinho and Eden Hazard the England-based midfielders picked ahead of him.

He was on the shortlist for 2018, but despite providing 12 goals and 21 assists as Manchester City won the Premier League and League Cup, breaking several records along the way, De Bruyne did not make the final team.

Hazard was selected ahead of him despite not making the PFA Premier League Team of the Year. 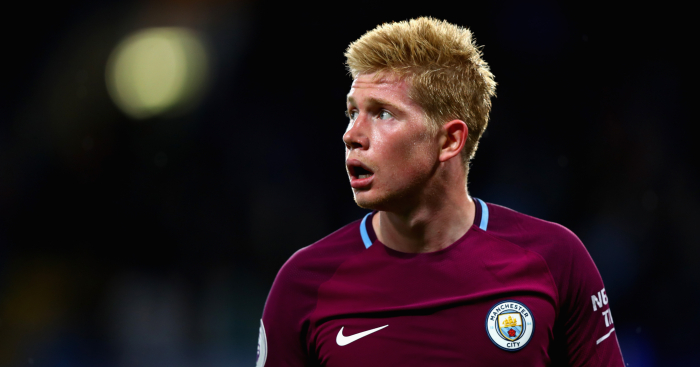 After De Bruyne struggled with injuries, Bernardo Silva stepped up and played a major role in City’s success last season, but just like his teammate, he also missed out on a place in a FIFPro Xl.

City’s player of the year got 13 goals and registered 14 assists last season as the Blues won a domestic treble of the Premier League, FA Cup and League Cup in 2019.

The midfielder also helped Portugal to win the inaugural UEFA Nations League and was named Player of the Tournament but that still wasn’t enough to earn him a place in the team ahead of Luka Modric.

Speaking in early September, Griezmann said he believed he deserved to be on the final three-man shortlist for the 2018 Ballon d’Or, as he was two years previously, having won the World Cup, Europa League and UEFA Super Cup.

“That year, I lost two finals, this year I’ve won three, so normally…” he said.

On not being shortlisted for FIFA’s The Best prize, he added: “It’s weird and a pity.

“This is a trophy that’s awarded by FIFA, right? We won a World Cup and there’s no Frenchman on the shortlist. That’s the choice, but it’s surprising.”

The towering midfielder is the underappreciated cog of the Barcelona powerhouse. He pulls the strings in midfield, controlling the tempo of the game, feeding the likes of Lionel Messi and Luis Suárez.

A product of La Masia, Busquets has been a Barça regular for 10 years and has won everything there is to win, yet while plenty of his team-mates have been selected over the years, he’s never once made the FIFPro team.

Speaking about his omission from the 2015 team, Busquets said: “On one hand everyone likes to have their work recognised. On the other hand, I know that sometimes these awards are based on popularity more than anything else.”

While Liverpool fans might be frustrated that Salah or Mane didn’t make the 2019 FIFPro Xl, Trent Alexander-Arnold’s omission was the biggest shock.

The full-back had an incredible 2019 as he registered 12 Premier League assists and also played a key role in Liverpool’s Champions League win last season.

However centre-back Sergio Ramos was picked at right-back ahead of Alexander-Arnold while Dani Alves, who is currently playing in Brazil, was even ahead of him in the rankings.

Alexander-Arnold wasn’t the only Liverpool full-back who deserved a place in the 2019 FIFPro Xl, as Robertson also has a legitimate claim to be in the team.

His tireless work rate and pinpoint crosses have made him one of the best left-backs in the world, and he was also instrumental in Liverpool’s Champions League success.

While Marcelo has had a brilliant career, he was nowhere near his best last season and Madrid signed Ferland Mendy as his replacement, so Roberston deserved a place over the Brazilian.

When you’re talking about the best out-and-out strikers in the world, Lewandowski has got to be up there.

The Poland international has scored more than 40 goals in each of his last three seasons for Bayern Munich, winning the Bundesliga on each occasion, yet he’s never once made the FIFPro XI alongside the obvious forward picks of Messi and Ronaldo.

Going back a bit further, Lewandowski scored 36 goals for Borussia Dortmund in 2012-13, including 10 in the Champions League as they reached the final, yet Zlatan Ibrahimovic, then of PSG, made the team ahead of him despite scoring only three goals in nine games in Europe.

Pirlo actually did make the XI once, in 2006 when he was at Milan, but it’s quite remarkable that he was never once selected while at Juventus, despite winning Serie A in all four of his seasons at the club.

Given the midfielders that have made the FIFPro XI over the years, it’s understandable that a player of Silva’s quality has never been selected.

What is not understandable, however, is that the Manchester City star has never even made the second or third team. In fact, the best he has done is make the fifth team – on three occasions in 2015, 2016 and 2018.

He’s won seven major trophies with City as well as the World Cup and two European Championships with Spain, but you can’t help but feel he would be a lot more appreciated around the world were he playing for Real or Barça.