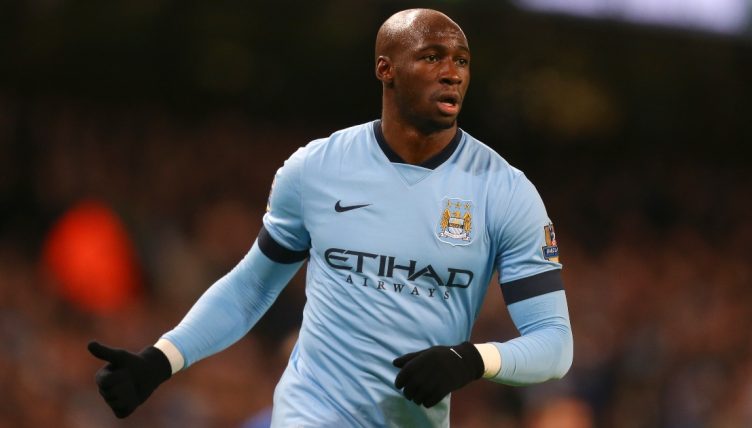 Manchester City have become one of the Premier League’s most successful clubs, but they aren’t immune from making mistakes in the transfer market.

City have never truly been efficient at signing players and the Sheikh Mansour takeover hasn’t put a stop to the acquisition of numerous expensive flops.

Here are seven names that arrived at the Etihad since 2008 with big reputations that they never came close to fulfilling.

Mangala became the most expensive defender in Premier League history when City paid Porto £41million for his services in 2014.

After a debut performance the BBC described as “colossal”, the centre-back scored an own goal and gave away a penalty in his next outing, which sounds more like the Mangala we remember.

Mangala never looked like living up to the billing. Loan spells at Valencia and Everton were equally unsuccessful and the one-time France international was released in 2019.

A signing that proved more wasteful than buying the entire contents of your local Tesco Express and tipping it straight into landfill.

Watch highlights of each #LFC's goal from the 4-1 win over Man City. We start off with Mangala's own goal. pic.twitter.com/yDkbSfCgBv

In fairness, Bony looked like an excellent striker at Swansea. Possessing a low centre of gravity and unerring finishing ability, the Ivory Coast international was the top Premier League scorer across 2014 with 20 goals.

City pounced, paying £25million for Bony in January 2015 in the expectation he’d reignite an ailing title defence. Instead, he scored six league goals across two seasons before being offloaded to Stoke.

Nobody expected Bony to usurp Aguero, but he failed to even meet the criteria required for a capable benchwarmer.

Signed in the summer of 2013, it never really looked like happening for Jovetic in English football, the final ignominy being dropped from City’s Champions League squad for Wilfried Bony – a decision Jovetic said “killed him”.

Who could blame him?

Danilo was part of two title-winning squads with City and currently plays for Juventus and Brazil, but you wouldn’t recognise him if he passed you in the street wearing a shirt proclaiming ‘I am Danilo’.

His impact was negligible and the £26million transfer fee can only be explained by Pep Guardiola’s insatiable fetish for full-backs.

There have been worse signings since the Abu Dhabi takeover, and the excitement generated by Robinho’s arrival in 2008 should never be forgotten.

It’s also why he’s on this list. The much-hyped Brazilian recorded a respectable tally of 14 goals in his first season, but City still finished 10th and hopes Robinho could elevate the team instantly proved to be overly optimistic.

But that was as good as it got. Robinho had gone by the summer of 2010 and we were all left feeling extremely unfulfilled.

Purchased after Guardiola had dumped Joe Hart with the footballing equivalent of an ‘it’s not you, it’s me’ text, Bravo was expected to become City’s first line of attack with his passing ability.

That never happened, but the Chile goalkeeper did pull off a number of fine penalty saves in cup competitions.

We can’t help feeling that’s not what City bought him for though.

Mark Hughes raided his old club Blackburn for Santa Cruz in 2009, paying £18million for the striker in an attempt to make City more prolific in front of goal.

Fair enough. But we’d love to know what the Paraguay international was thinking when Carlos Tevez and Emmanuel Adebayor arrived in Manchester over the same transfer window.

Santa Cruz scored his first league goal for City in a 4-3 win over Sunderland – the day Hughes was sacked. He never stood a chance under Roberto Mancini.

He scored just one more league goal for City before being shipped out on loan, then eventually to Malaga on a permanent transfer. He’s still going, would you believe it.