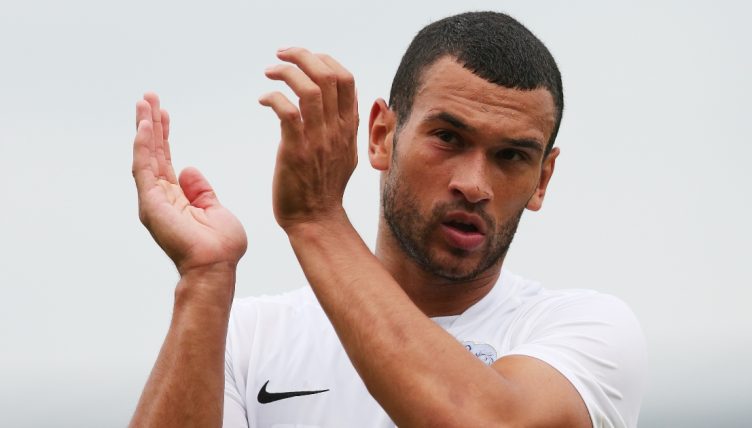 The African Cup of Nations starts on Sunday and some of the world’s finest talent will be competing over the next few weeks in Cameroon.

We all know about Riyad Mahrez, Sadio Mane and Mohamed Salah but the beauty of the tournament is the journey into the unknown and reacquainting yourselves with some vaguely familiar faces.

We’ve identified seven non-obvious players to look out for over the next few weeks.

Caulker played for England during the friendly against Sweden in 2012 in which Zlatan Ibrahimovic scored that overhead kick.

But the defender never played for the Three Lions in a competitive fixture, freeing him up to represent the country of his heritage, Sierra Leone – and he could make his debut for them at AFCON.

You’d imagine this debut won’t be as an auxiliary forward, unlike at Jurgen Klopp’s Liverpool.

Lopes thought he was the victim of a prank when he received a call from the Cape Verde Football Federation to represent their country.

But the penny soon dropped for the Shamrock Rovers defender. They really did want him to declare for the small island country in the Atlantic Ocean, through his Cape Verdean father, and Lopes will participate in this month’s tournament.

‘I was absolutely delighted as I never thought it was a real opportunity and it just presented itself in front of me,” Lopes said. “I’m just so glad I wrote back to him in time!”

“Growing up, you often got the prank phone calls pretending to be a club in England. You don’t know how genuine the social media contact is until you get formal contact.

“The English message settled me and removed the scepticism I had.”

Chair is a lively attacking midfielder with a magician’s box worth of dribbles, drags and rolls. He is the sort of player who is easy to fall in love with so, considering their affection for Adel Taarabt, it’s no surprise to see the midfielder thriving at QPR.

The 24-year-old made his international debut for Morocco in June 2021 and thrived during World Cup qualification towards the end of the year. He’s a strong contender to start for one of the tournament favourites.

It will be fascinating to see the Cameroonian be entrusted to start for the hosts, given he’s been more of a bit-part squad player since leaving relegated Stoke back in 2018.

Still, there are much worse places to a bit-part player than PSG and Bayern Munich. The forward looks set to lift a fourth successive league title since he departed Staffordshire. Not bad going.

Cameroon face Burkina Faso, Ethiopia and Cape Verde in the group stage and have been backed to go far.

On Eric Maxim Choupo-Moting’s birthday, a reminder of the time he made Ronny Rosenthal look like Pele.

Contender for the absolute worst miss of all time, this.pic.twitter.com/sIuODrz9Rk

Part of a stacked Senegal squad, Sarr was signed by Spurs from Metz last summer and then sent back on loan to France, where he has featured in all but one of their league games so far this season.

The tournament will give a clue as to whether the 19-year-old is ready to step into Antonio Conte’s squad in the summer and, considering the desire to revitalise a moribund midfield, Spurs will be watching his tournament with interest.

Since leaving Sunderland as one of their many expensive flops, Khazri has gone on to have a brilliant career in France and will lead an underrated Tunisia side into this month’s AFCON.

The Eagles of Carthage came within minutes of holding England to a draw at the 2018 World Cup and Khazri scored twice during that tournament. Now plying his trade for Saint-Etienne, the winger scored one goal from 68m out this season – a Ligue 1 record.

Fans of Sunderland will maintain a passing interest in Khazri’s displays in Cameroon.

Burkina Faso’s No.1 has been outstanding in the Belgian top flight this season, boast a 75% save percentage and making the second-most saves overall in the division for Charleroi.

Sometimes in tournament football you need a keeper capable of performing miracles, and Koffi looks like he could be that man for outsiders Burkina Faso.

Those that watch the Eredivisie have backed PSV midfielder to be one of the breakout stars of this tournament, given his form for his club this season.

The 24-year-old Ivory Coast international has been tipped to arrive at a major European club this summer. A brilliant all-rounder, he ranks in the top 10 in the Dutch top flight for dribbles, interceptions and tackles.

Plenty of attention will rightfully be placed on Franck Kessie of AC Milan, but there’s no shortage of quality elsewhere in Ivory Coast’s midfield engine room. It will be fascinating to see whether Patrice Beaumelle can get the balance right and have Les Elephants playing to their potential.