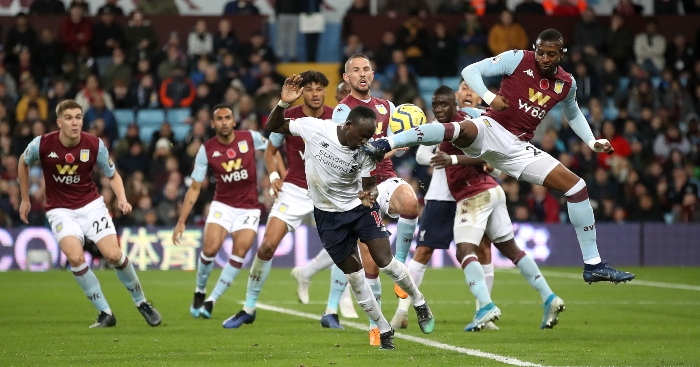 Sadio Mane underlined his importance to Liverpool once again this weekend with a match-winning goal and assist in the Reds’ late comeback against Aston Villa.

Elsewhere, Romelu Lukaku continued his fine start to life at Inter and Ciro Immobile reached an impressive landmark for Lazio.

We’ve rounded up some of the best stats from the weekend’s action.

– Liverpool have now won 10 points from losing positions in the Premier League this season, the most in the competition.

– Sadio Mane’s six goals and two assists in the Premier League have directly contributed to winning Liverpool 10 points. Without those points the Reds would be fourth.

– Since Brendan Rodgers’ first league match in charge of Leicester, Jamie Vardy has scored 19 Premier League goals, five more than any other player.

Jamie Vardy doing the eagle celebration in front of the Palace fans is my kind of shithousery pic.twitter.com/anmOARifc4

– Romelu Lukaku has become the second player to score nine goals in the first 11 Serie A fixtures of the season – after Ronaldo in 1997-98.

– Ciro Immobile scored his 100th goal for Lazio in just his 147th appearance for the club.

– Borussia Monchengladbach now lead Bundesliga for the fourth consecutive matchday for the first time since 1976-77, when they won the league.

– Sheffield United have conceded the fewest amount of goals after 11 games than any other newly-promoted team in Premier League history.

Can you name the top 29 scorers of Premier League own goals?