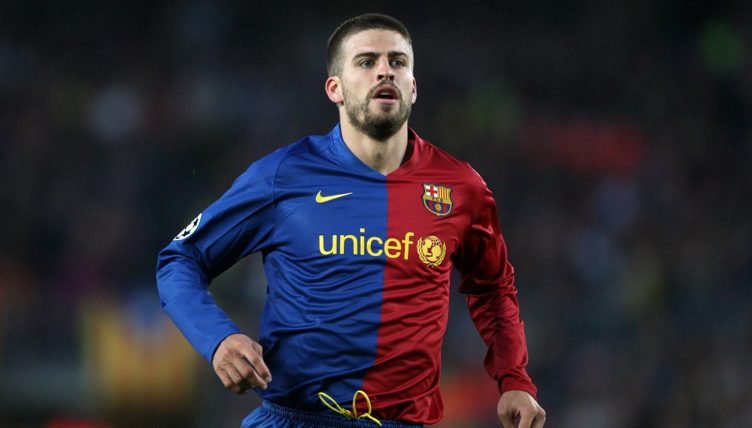 Barcelona haven’t exactly been the thriftiest team in the transfer market in recent years, but they’ve still managed to bring in some bargains.

Among the likes of Neymar, Philippe Coutinho and Antoine Griezmann are some absolute gems, and some that went on to become brilliant club servants after joining for a modest fee.

We’ve gone back to 2008 when Barcelona became the team to beat in European football as Pep Guardiola led them to the treble, and picked out some of their best bits of business since.

A firm favourite of Luis Enrique and subsequently Ernesto Valverde, Ivan Rakitic is a coach’s dream of a player. A selfless and tireless hard worker, he proved a better fit in Barcelona’s midfield than La Masia graduate Cesc Fabregas, whom he replaced.

He wasn’t always the most popular among fans (especially the keyboard warrior types) but helping the club transition as Xavi declined was no mean feat.

The Croatian lifted the treble in his first season, and a glut of domestic trophies followed.

Oh, and he scored some rockets in his time.

Loved by his team-mates and a cult favourite among the fans, Mascherano was a far cry from the technically-gifted types produced by Barcelona, but his doggedness, determination and versatility made quite the impact.

He was never going to usurp Sergio Busquets to play in his natural defensive midfield role, but he certainly made himself handy at centre-half.

The La Masia academy product had staked a claim as one of the best left-backs in Europe while at Valencia, something he underlined with brilliant performances for Spain as they won Euro 2012.

His transfer was confirmed a couple of days before Spain thrashed Italy 4-0 in the final, and the trophies came thick and fast.

While he’s declined in the last couple of years, he’s helped Barca to five league titles, five Copas del Rey, and the Champions League in 2015.

The young German goalkeeper’s supreme confidence and ability with his feet at Borussia Monchengladbach marked him as an ideal candidate to shepherd in the post-Victor Valdes era at Barcelona.

He had to bide his time, at first only playing in the cup competitions, winning the Copa del Rey and Champions League, as Claudio Bravo played in the league.

But he’s since established himself as a capable No.1 for Barca, as well as one of the finest goalkeepers in the world.

The goalkeeper’s weird spell at Manchester City, where every single shot seemed to go past him, has unfortunately tarnished the reputation of a solid La Liga stalwart and Chile legend.

Always reliable at Real Sociedad, he was similarly dependable when he joined La Blaugrana alongside Ter Stegen in 2014.

A key part of back-to-back titles won under Luis Enrique, the club then made a £6million profit when they sold him to City after two years. A brilliant bit of business.

He’s gone from partnering Carles Puyol to Mascherano to Araujo and never been anything less than a leader. Not bad for £4million, which was all it took to take the homegrown talent back from Manchester United in 2008.

Picked up on a free from Arsenal, Aubameyang scored 13 goals in 23 matches as Barcelona rescued their 2021-22 season under Xavi.

They even made a £10million profit when they offloaded him to Chelsea in August. The very definition of a bargain.

READ NEXT: Ranking the 10 worst signings of Bartomeu’s Barcelona presidency