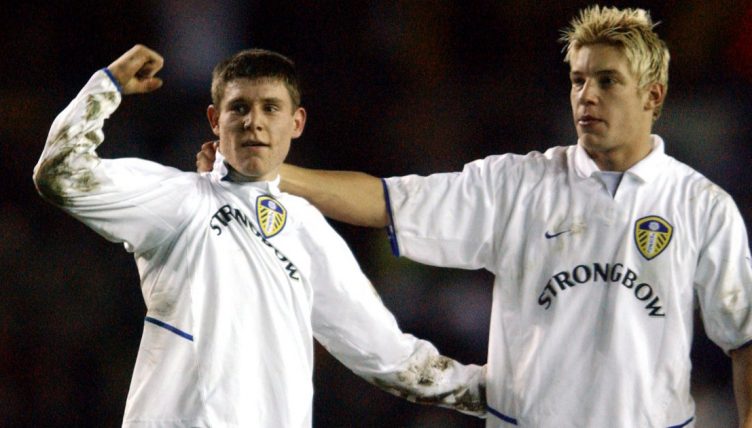 With the help of the Boring James Milner Twitter account, the Reds midfielder has become characterised as the ultimate northerner in the Premier League.

And we’ve taken a look at eight times the Yorkshire Figo has embodied the spirit of his home county.

A typical Yorkshire stereotype, Milner is happy to play up to the tag, albeit in his own unique way.

The former England international told The Times’ Henry Winter that he only speaks to his children in Spanish in order for them to learn the language, admitting: “I’m a pretty stubborn bastard!”

There's something of the Brownlee brothers about James Milner: stamina, will to win, no ego, Yorkshire, just keeps going, etc

Speaking ahead of the 2016 Europa League final, Milner was happy to play up to his image as a stereotypical northerner.

“I don’t move as gracefully as Coutinho, I’m a geezer in his mining boots from Yorkshire, lumping across the field.”

Growing up in Leeds and supporting Leeds United means you are taught certain things at a young age, one of those lessons being to hate Manchester United.

Speaking about a career path – Leeds, Manchester City, Liverpool – that was seemingly designed to upset Manchester United fans, Milner said: “That was the idea really! Growing up a Leeds fan, I was never allowed to wear a red T-shirt, my old man never allowed it. Seriously. ‘We can’t wear red. We’re Leeds.’

You can’t get much more Yorkshire than that.

As a standalone nation, Yorkshire would have finished 12th in the medal table at the 2012 Olympics.

“I’ve said it to the lads and anyone else who’ll listen. If Yorkshire were a country we’d be well up there in the medal table and I’m very proud of that.

“We seem to have a lot of grit in us, a determination to succeed. Maybe it’s something they put in the water or the Yorkshire puddings!”

It’s actually illegal in Yorkshire to drink any other brand of tea.

Christmas at the Milner’s might be a little low key…

A key aspect of being a Yorkshireman is to never let people forget where you are from, and Milner certainly takes the role seriously.

“Leeds are one of the ‘great teams’ of England I believe”, Klopp wrote in his programme notes ahead of Liverpool’s League Cup clash with Leeds in 2016. “Big history, big support.

“I know this because James Milner always tells me, again and again and again. Millie has told me all of the great things about this club and this city – even when I do not ask him.

“He doesn’t like the fact I support Huddersfield Town in the Championship because my best friend David Wagner is there.

“So I am sorry for this Millie – but I hope Huddersfield finish as the top Yorkshire team this season.”

Jordan Henderson also commented: “As soon as the draw was made the first person I thought of was James Milner, because he never shuts up about his beloved Leeds. He never tires of telling us the main result he looks out for are Leeds and Guiseley.”