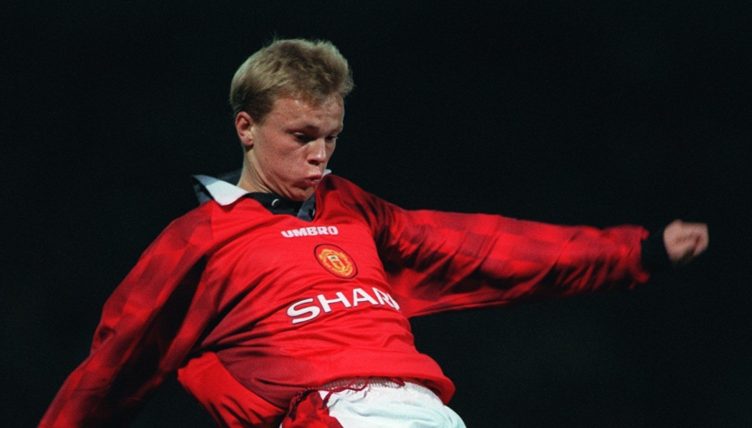 Sir Alex Ferguson made 105 signings during his 26 years in charge of Manchester United – and it’s fair to say that some are more memorable than others.

From Eric Cantona to Dong Fanzhou, and Cristiano Ronaldo to Bebe, Fergie’s most disastrous signings have become almost as famous as his most inspired. But what about the players that didn’t leave much of an impression either way?

Here are seven Fergie signings that may have just slipped your memory.

Coton is well known for his time at Manchester City, for whom he made nearly 200 appearances, but it’s much easier to forget that he also spent six months at Old Trafford, during which time he never played a single competitive game and only made the substitutes’ bench once before hastily being moved on to Sunderland, remarkably for a profit.

Ferguson may have thought he had uncovered a gem when poaching 18-year-old centre-back from Third Division Wigan in 1990.

But Whitworth was never likely to oust Gary Pallister or Steve Bruce in the first team. In truth, he couldn’t cut it at Old Trafford and made just one appearance for the Red Devils, nine months after signing.

He actually stayed on the books for four years, though, spending time out on loan with four clubs before signing for Kilmarnock permanently in 1994.

McGibbon was plucked from Northern Irish club Portadown in 1992. But his first appearance for United turned out to be his last as he endured a debut similar to Jonathan Woodgate’s nightmare at Real Madrid and was never to be seen again.

In a pretty innocuous-looking League Cup tie against York City in 1995, McGibbon was sent off and United lost 3-0.

Unsurprisingly, there wasn’t a future at Old Trafford for the Northern Irish centre-back after this disaster.

You’d have thought Fergie might have learned his lesson by the time he looked at McGibbon considering he already had an Irish centre-back on the books who he was yet to give a single appearance to despite signing from Cork City three years earlier.

Said centre-back was Brian Carey, who would later play in the Premier League for Leicester but was twice loaned out to Wrexham during his four years at Old Trafford, going on to spend much of his career at the Racecourse Ground before taking over as manager.

OK, there’s a bit of a theme here that you’re more likely to have forgotten about Fergie’s early signings, a) because it was so long ago and b) because United weren’t actually that good back then.

Nevertheless, Maiorana made eight appearances for the club at the end of the 80s yet there’s every chance you’ve never heard of him.

He joined from non-league Histon for £30k after impressing Fergie in a trial game and did actually show some early promise, but a knee injury picked up in a reserve game effectively ruined his career.

He actually remained at Old Trafford until 1994 but never made a single appearance in the 90s and would only play five more games in his entire career, for Ljungskile SK in the Swedish second tier.

In a transfer window in which United were linked with Juninho and Marcel Desailly, Ferguson ended up with Teddy Sheringham, Henning Berg and an unknown Norwegian forward in 1997.

Erik Nevland was a 19-year-old striker playing for Viking Stavanger. After a successful trial period at Old Trafford, he was offered a four-year deal and inevitably got compared to Ole Gunnar Solskjaer, who had joined a year earlier.

But Ferguson had not discovered another goalscoring assassin and Nevland would leave three seasons later after just one substitute appearance in the Premier League.

Nevland would eventually make an impact on these shores, though, scoring 10 goals in a two-and-a-half-year spell with Fulham.

Born 10th November 1977, Erik Nevland. Signed from Viking Stavanger in 1997, and hailed as the new Solskjaer, he played just 6 games scoring 1 goal. He returned to Viking in 1999. Had another stint in the premier league with Fulham, now back at Viking as sporting director. #MUFC pic.twitter.com/UD7cXU7qSy

United spent a not-insignificant £100k to sign Tomlinson from Bradford City in 1994, but despite keeping him on the books for the entirety of his four-year contract, Fergie only ever felt compelled to play the striker once, as a substitute in a League Cup tie against Port Vale a few months after signing.

He had four separate spells out on loan before joining Macclesfield Town in 1998. He also played for Exeter City before dropping into non-league, but he’ll always have those four years at Old Trafford. It’s just a shame nobody else is likely to remember them.

READ MORE: Where are they now? The last Man Utd XI picked by Sir Alex Ferguson

TRY A QUIZ: Can you name Man Utd’s XI from the 1999 CL final against Bayern Munich?