Seven of the most hilariously bad throw-ins ever: Young, Aurier, Real… 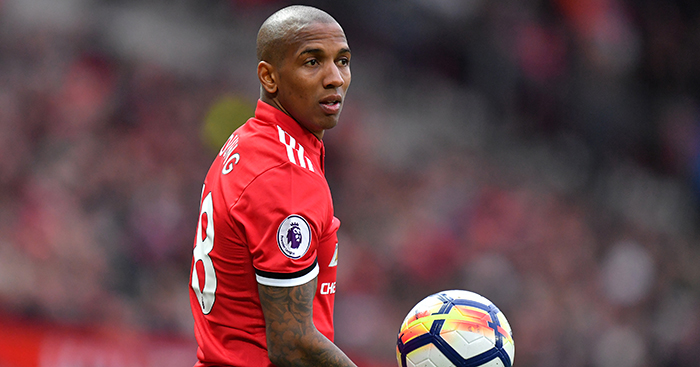 From Ian Hutchinson for Chelsea in the 1970s to Dave Challinor for Tranmere in the 1990s and Rory Delap for Stoke City in the 2000s, the long throw-in has long proved a useful piece of weaponry for teams.

The credit is often laid at the door of Delap and Tony Pulis’ Stoke team, but they certainly weren’t the first to realise the usefulness of a howitzer into the box. Even Lee Dixon at Arsenal used to deploy it to get an advantage.

Of course, you can’t be offside from a throw-in, which makes it doubly useful, allowing you to employ the football rules of the schoolyard and just try to put the goalie off as much as possible.

It also helps if your opposition have defenders like we had at school – useless players with two left feet, who don’t care, and occasionally walk off the pitch to wave at a passing dog.

There is a science bit. Delap would plant his foot like a fast bowler in cricket and throw the ball at an angle between 20 and 35 degrees with a load of backspin. Defenders found it hard to read where the ball was going to land, and as we all know, it caused chaos.

There are a few other notable masters of the throw-in, including Risto Kallaste, an Estonian player who popularised the flip throw-in. (The flip isn’t just to show off – it helps with the velocity and the distance).

Even the top clubs have come to appreciate the importance of throw-ins, and in Thomas Gronnemark, Liverpool have the World Record holder teaching their players the technique.

Although with these efforts, he almost flings the ball out of touch again, which isn’t a great idea, unless you are running down the minutes in a vital game and just want to chuck the ball from one side of the pitch to another.

As well as chucking the ball as far as you can, there are clever moves to pull from throw-ins, too.

Dean Saunders might not be very good at remembering to take breathalyser tests, but he can remember that a ball has to touch another player before the throw-in taker can touch the ball again, as Port Vale found out in 1998, against Saunders’ Sheffield United.

With all these terrific techniques just ready to unleash, isn’t it just frankly baffling that some players – actual professional players – can’t throw a football? It isn’t hard. Law 15 is pretty clear….

Yet many, many players can’t follow these three simple rules to save their lives.

Indeed, in their last sojourn in the Premier League, Middlesbrough’s Antonio Barragan managed to commit more foul throws than top scorer Alvaro Negredo hit the back of the net. Ten foul throws from Barragan, nine goals to Negredo.

However bad Barragan was throughout the season, at least he never hit his foul throw hat-trick. Serge Aurier managed that in a game against Crystal Palace in 2018, and, like all the greatest players, managed to blame someone else for each dopey effort.

There you go, son. Passed the buck better than he could pass a ball that day.

Anything you can do…

Of course, some players might have had sympathy for the Ivorian. Maybe the honourable thing to do after seeing your opponent take a foul throw is to take a foul throw of your own, just to let them have another crack at it. But surely no footballer with any amount of pride would ever do such a thing.

Unless they play for Dartford or Wrexham. Very generous.

Note to Ashley Young. You probably shouldn’t be taking throw-ins if you’ve had your hands steeped in the highest quality melted Lurpak for a few weeks. This is a classic of our time, another stick for the Old Trafford faithful to beat him up with.

It’s not fair to be mean to Luxembourg. When they drew 1-1 with Italy in 2014, it should have been remembered and celebrated – an example of wonderful teamwork against one of the world’s top sides.

However, all we can remember is this not-so-wonderful throw-in, and the way the full-back hits the deck.

Anything a normal club can do, Real Madrid have to try and do better. Do more. Have their stars try to grab the spotlight. Do it twice as good as anyone else.

Watch in wonder as Fabio Coentrao and James Rodriguez decide to add synchronized throw-ins to their game.

Finally, let’s return to the somersault flip throw. As we’ve established, this technique has led to the World Record for throw-in distance, what with the velocity and the force and the downright sexiness.

However, when it goes wrong, it can go impossibly wrong. But the throw-in taker in this clip, Paul Ladd, can’t really be blamed for what happens with this throw. It’s a peculiar defensive position the young lad takes up.

On the big stage

Especially – and we can’t stress this enough – especially if you’re going to try the flip throw in the World Cup. When you’re playing for Iran. Against Spain. In front of a billion people.

So remember, if you fail at the throw-in, just dust yourself off, towel the ball down, and start all over again.