7 of the weirdest transfer rumours of summer 2022: Marcelo, Ronaldo… 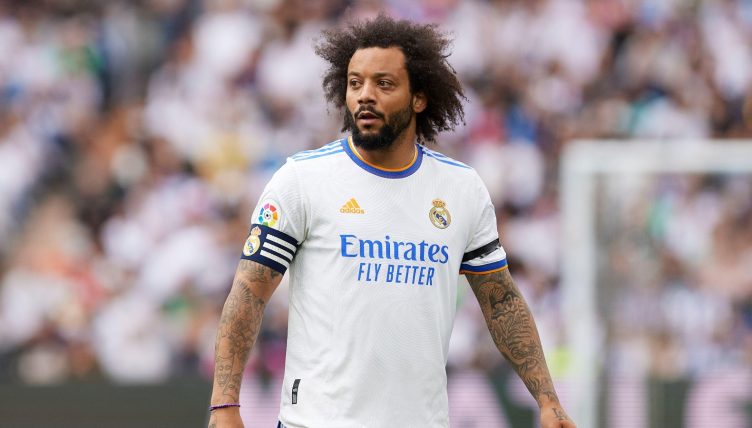 While we often got bored of the tedious transfer speculation in 2022, the rumour mill did produce some interesting and bizarre stories this summer.

Players like Darwin Nunez and Antony completed big-money moves in the summer, but we’re more interested in the deals that didn’t happen.

One of the best full-backs of all time, Marcelo left Real Madrid at the end of 2021-22 after winning six La Liga titles and five Champions Leagues during his 15 years at the Bernabeu.

While most people expected him to see out his playing career in his native Brazil, he was linked with a sensational deadline day switch to Leicester City. He seemingly started following them on Twitter, which is a big deal these days.

“[Once he passes] a medical examination… [he will] sign until June 2023. More information in the next few hours.”

Unfortunately, it turned out to be total nonsense. Leicester rubbished the reports and Marcelo won’t be spending the next 12 months in the East Midlands. We bet he’s devastated.

Manchester United were linked with a host of central midfielders during the summer window, including Frenkie de Jong, Adrien Rabiot, Sergej Milinkovic-Savic and Moises Caicedo.

While those rumours made a lot of sense, fans were shocked when talkSPORT claimed that United were looking to sign Oxlade-Chamberlain from bitter rivals Liverpool.

The report said that if Liverpool were willing to accept a knockdown fee of £10million, the Red Devils would be seriously interested in bringing him across the down the M62.

But no player has been transferred directly between the two clubs since the 1964 transfer of Phil Chisnall from United to Liverpool.

Oxlade-Chamberlain only has a year left on his contract and has fallen out of favour under Jurgen Klopp but Liverpool were never going to sell him to United.

While we’re on the subject of United and midfielders, the Sun claimed that Erik ten Hag wanted to sign Mount from Chelsea.

That the United manager would be a fan of Mount is unsurprising – he contributed 13 goals and 16 assists in 53 appearances last season – but the suggestion that he would leave Chelsea is a more contentious idea.

He has been at Chelsea since he was six years old and has been tipped to take over as the club captain once Cesar Azpilicueta leaves Stamford Bridge.

The England international also won the Champions League in 2021 and a move to United would see him play outside of Europe’s top-tier club competition in 2022-23.

“I’ve got two years [on my contract] but I’m extremely happy at this club,” Mount has since told Sky Sports. “I’ve been here since six years old, so I think maybe over the next couple of months the talks will start, so obviously it’s exciting.”

After falling out with the Real Madrid fans, Bale was probably glad to see the back of the Spanish capital when his contract expired at the end of 2021-22.

“Fifty minutes ago they offered me Bale,” Torres said. “I have to think about it and talk to the coach, I don’t know if he’s going to come.”

Agent Jonathan Barnett rubbished the reports, claiming that he “doesn’t even have Torres’ number” in a quote given to transfer expert Fabrizio Romano, while Bale even commented on the rumours with a chuckle.

The Wales international has since moved to America and joined Los Angeles FC on a one-year deal.

Gareth Bale says he will NOT be going to Getafe following links over the last few days. 🤣 pic.twitter.com/c7yhKmKcM1

Ronaldo’s future has been the subject of speculation throughout 2022 as he reportedly wanted to leave Manchester United and join a club in the Champions League.

The likes of Chelsea, Bayern Munich, Napoli and Atletico Madrid were all credited with interest but ultimately decided against making a move.

Reports in Turkey suggested that Fenerbahce were looking to offer Ronaldo an unexpected way out of Old Trafford. They’ve previously signed big-name stars like Robin van Persie, Nani and Mesut Ozil but Ronaldo would have been their greatest coup.

While the Portugal international is now 37, he still wants to play at the highest level and compete for the most prestigious trophies and that made a move to Turkey impossible.

A regular of the tabloid gossip columns for years, Milinkovic-Savic has been linked with the likes of Manchester United, Arsenal, Tottenham, Chelsea, PSG and Juventus.

That’s hardly surprising as the Serbia international has established himself as one of Europe’s best midfielders, winning the Lazio Player of the Season award in both of the last two seasons.

But we were very surprised when 90min reported that Fulham were looking at a possible move for the 27-year-old, who is reportedly valued at around £55million.

The report states that compatriot Aleksandar Mitrovic tried to convince him to make the move but, let’s face it, this was never going to happen.

This flick from Milinkovic-Savic to set up Immobile 🤤 pic.twitter.com/lAzAQfPR1i

Having scored over 250 goals in Europe’s top five leagues, Cavani is widely regarded as one of the best strikers of his generation.

Admittedly, the 35-year-old is now coming towards the end of his career and injuries restricted him to just seven Premier League starts for Manchester United in 2021-22.

But the striker could still do a job for a big team and was probably dumbfounded when reports emerged of Salernitana lining up a move for him.

While the Serie A side do already have Franck Ribery on their books, they recently avoided relegation by a whisker and a move for Cavani was incredibly ambitious.

The Uruguay international rejected their proposal and moved to Spain, joining Valencia on a two-year deal.

READ NEXT: 7 transfers that were aborted due to fan pressure: Arnautovic, Ronaldo…