Eight outcasts who fought their way back: Beckham, Tevez, Wilshere… 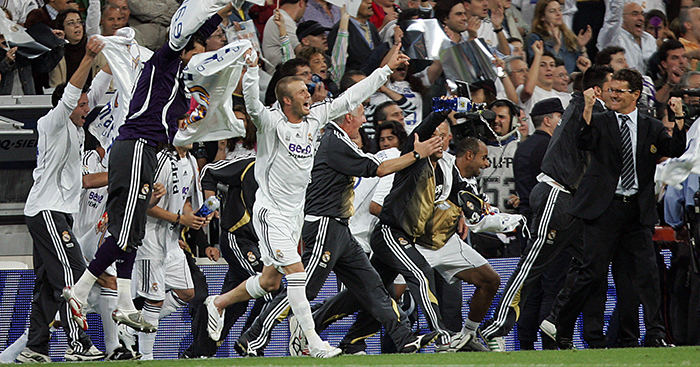 It is rare for a manager to change their mind after deciding a player is not part of their plans for the future – but occasionally miracles do happen.

Part of what makes football great is that so many people have different opinions, but that isn’t always such a good thing as a player.

A trusted lieutenant of one manager can find himself unwanted by another, suddenly completely out of favour and seemingly needing to move clubs to get games again. But, very occasionally, managers change their minds…

“Beckham will train with the team, but he won’t play. A player who has such an important contract with another club, we cannot count on him.”

Those were the words of then-Real Madrid boss Fabio Capello in January 2007 after it had been confirmed the midfielder would join LA Galaxy at the end of the season.

Five months earlier, Beckham had also been dropped from the England squad following the appointment of Steve McClaren as manager.

Come the end of the season, Beckham would be starting in England’s first match at the new Wembley and was lifting the La Liga title after fighting his way back into the Real side.

Oh, Carlitos. Whether Tevez did indeed refuse to come on as a substitute for Manchester City at Bayern Munich, whether it was a genuine misunderstanding, or whether it was somewhere in between, one thing was clear in the mind of Roberto Mancini: the striker was “finished” at the club.

After returning to Argentina and playing a fair few rounds of golf, Tevez eventually apologised and made his City comeback exactly six months after his previous appearance, setting up Samir Nasri’s winner against Chelsea, before helping the club get their title challenge back on track.

If it wasn’t for the stubbornness of one Argentine, we may have never got the iconic last-minute, title-winning goal of another.

“There’s no point putting something in the shop window then closing the curtains,” is what Shay Given had to say on Paul Lambert’s infamous ‘bomb squad’ at Aston Villa.

Players like Given, Hutton and Darren Bent were made to train with the reserves as Lambert wanted them off the wage bill – only nobody left.

Hutton was farmed out on loan several times including to Mallorca but has recently triggered a contract extension having become a key member of Steve Bruce’s promotion-chasing squad.

Although he was not aided by his controversial agent, Toure’s future at Manchester City appeared to be over following the appointment of Pep Guardiola as manager.

The midfielder was promptly left out of City’s Champions League squad and had made only one appearance by November of Guardiola’s season.

However, after issuing a public apology to Guardiola on behalf of his agent, Toure returned to the team against Crystal Palace and promptly scored a match-winning brace, finishing the season with 31 appearances.

Ronald Koeman was not the first manager to struggle at Valencia, but the Dutchman arguably made things more difficult for himself than he needed to.

One of his first major decisions was to outcast captain Albelda, who had just signed a contract extension and was a major part of the team which won two league titles and a UEFA Cup.

With Valencia sliding perilously close to relegation, Koeman was sacked, Albelda was reinstated to the team, and Los Che recovered to finish 10th.

When Arsene Wenger sent Wilshere on loan to Bournemouth for the 2016-17 campaign, many assumed he had finally given up hope of the midfielder fulfilling his potential and/or staying fit at Emirates Stadium.

However, Wenger chose to hang onto him after his season at Bournemouth, and he slowly made his way back into the side.

In December 2017, Wilshere started his first Premier League game for Arsenal in 18 months, completing 90 minutes for the first time in a Gunners shirt since 2014.

Now, he finds himself a regular once more and is back in the England squad to help improve Gareth Southgate’s midfield options ahead of the World Cup.

“There were no promises made – categorically none – and no promises broken,” said Brendan Rodgers, after Suarez thought he would be getting a move away from Liverpool after they failed to qualify for the Champions League.

Suarez certainly wasn’t unwanted at Liverpool – anything but – but Rodgers left the Uruguayan at home as the club went on its pre-season tour in 2013.

And any resentment Suarez may have had certainly didn’t show as he went on to net 31 goals in his final season at Anfield, only just missing out on the Premier League title, before departing for Barcelona. 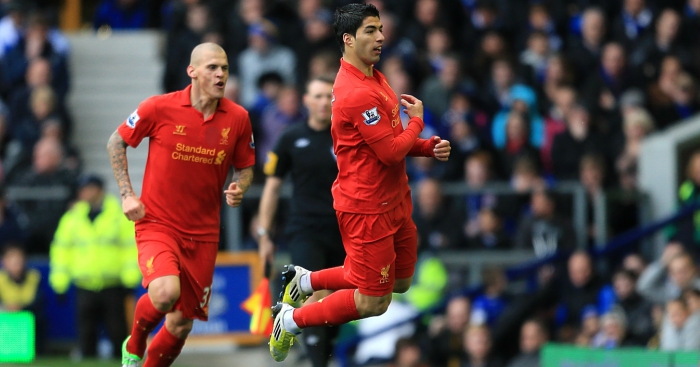 READ: Football’s own Best Actor Oscars: 17 of the most memorable dives in football

Seemingly unsuitable for Antonio Conte’s high-energy, disciplined Blues outfit, Fabregas started the 2016-17 season on the periphery and did not play at all in October or November.

Rumours of a January move to Spain or Italy surfaced, but the midfielder always insisted he wanted to fight for his place at Stamford Bridge.

And his patience was rewarded as he won over Conte and finished the season with five goals and 12 assists to help Chelsea win the title.