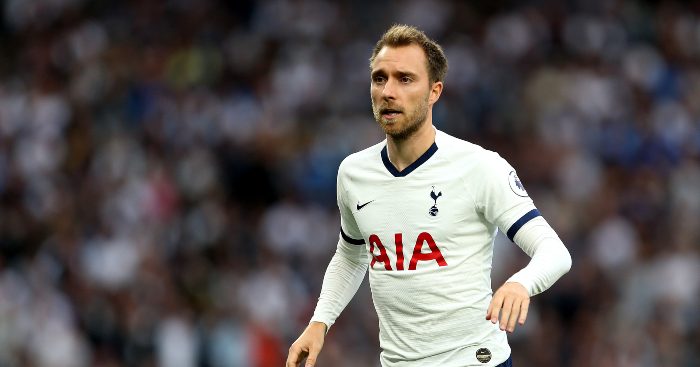 The Premier League transfer window may have shut, but it remains open in Europe – and a number of high-profile names could still leave England’s top flight this summer.

While Premier League clubs agreed to shut the transfer window before the season started, teams around wider Europe are yet to conclude their business.

And we’ve taken a look at seven players who could still be on the move before the end of the summer. We’ve not included Shkodran Mustafi because we feel quite sorry for him now.

Tottenham may have signed Giovanni Lo Celso, but Eriksen underlined his importance to the north Londoners by changing the game from the bench as they came back from 1-0 down to beat Aston Villa 3-1 in their opening Premier League fixture.

But the situation remains the same: the 27-year-old is in the last year of his contract and appears unlikely to sign a new deal, meaning Daniel Levy is inclined to cash in on one of his prized assets rather than lose him for free next summer.

Juventus, Atletico Madrid and Real Madrid have all been linked with the Denmark international. Real’s preference for Paul Pogba doesn’t seem to be materialising, meaning there could still be a route for Eriksen to move to his preferred destination.

The much-maligned Lovren was magnificent in Liverpool’s run to a first Champions League final under Jurgen Klopp, when they were beaten by Real Madrid, but was forced to watch the majority of last season from the sidelines due to injury problems.

That allowed Joe Gomez and Joel Matip to jump ahead of the Croatia international in the pecking order, while hot prospect Ki-Jana Hoever has arrived from Ajax.

Liverpool have called an end to talks with Roma over Lovren after the Italian club tried to change the terms of the deal to take the centre-back initially on loan.

After a couple of impressive displays for Chile at the Copa America, there was some hope that Sanchez would return to Manchester United finally fit and firing after a dismal 18 months at Old Trafford.

But then the forward hobbled off with a hamstring injury 17 minutes into the third-place play-off against Argentina and any optimism was soon dashed.

Ole Gunnar Solskjaer has seemingly run out of patience with Sanchez, and reports suggest the former Arsenal man will be banished to the reserves if he doesn’t agree to a loan move to Roma.

His cause has hardly been helped by a training ground bust-up with teenager Mason Greenwood, one of the most promising prospects Solskjaer is keen to promote.

It’s all a bit sad, really.

Frank Lampard offered Bakayoko and Danny Drinkwater an olive branch to resurrect their Chelsea careers in pre-season, but it didn’t take the new Blues boss long to decide they weren’t part of his plans.

Drinkwater has since joined Burnley, and Bakoyoko is set to follow him out of the door. Having spent last season on loan at AC Milan, the midfielder is now being linked with a return to Monaco.

As ever, Chelsea have hundreds of players you can be excused for forgetting they existed, but we’re going to limit ourselves to just two for the purpose of this list.

Zappacosta is somehow now into his third season at Stamford Bridge, and has somehow continued playing for Italy in that time.

But Cesar Azpilicueta is firmly established as first-choice right-back and Lampard is keen to blood youngster Reece James, who shone on loan at Wigan last season, leaving the door open for Zappacosta to leave amid interest from Roma and Lazio.

We can’t quite believe Slimani has scored as many as 13 goals for the Foxes. We can’t quite remember him going on loan to Newcastle United.

It’s all very confusing, but what we do know is Adrien Silva – another forgotten man who will surely leave the King Power Stadium – has already revealed Slimani wants to return to Sporting.

If we’re not including Mustafi – it’s just too sad how many times Arsenal have told him he can go without any takers – then Elneny seems the next obvious choice from Arsenal.

The midfielder failed to make the bench for Arsenal’s opening day victory at Newcastle and the Gunners have one too many non-homegrown players.

It may prove difficult to offload Mustafi, but Elneny has reportedly attracted interest from Galatasaray, which would seem to benefit all parties.