The last 8 players Manchester United signed from the Football League 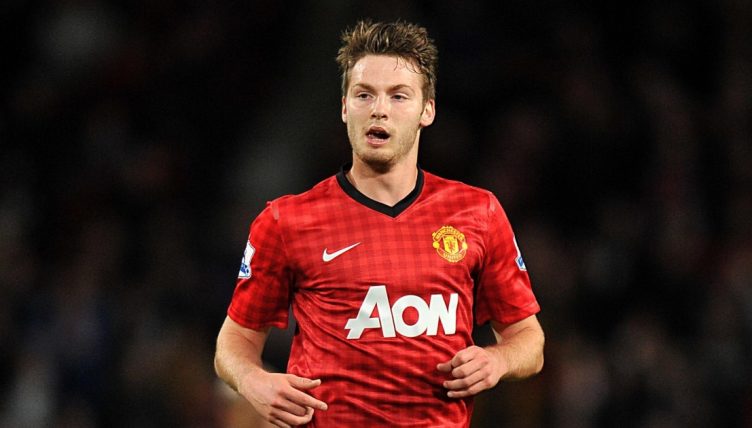 Manchester United may be known for splashing the cash on some of the biggest names in the world – but they’re not afraid to plunder the lower divisions of English football for potential signings. The latest to arrive is reportedly 16-year-old goalkeeper Elyh Harrison from Stevenage.

Being one of the biggest clubs in the world comes with the expectation you sign the biggest players in the world, but that doesn’t mean United ignore the development of players at smaller clubs.

We’ve looked back at the signings the Red Devils have made from the Football League prior to Harrison to see how they’ve got on.

United beat Leeds to the £16million signing of James in 2019, and at first he looked like he was going to light up Old Trafford with his electrifying pace.

His performances slowly declined, however, and he was sold to Leeds in 2021 for a £10million profit – decent business if you ask us.

Explaining why things did not go entirely to plan at Old Trafford in February 2022, he told The Times: “I was coming away from who I was as a player and why I got bought in the first place.”

Grant joined from newly-relegated Stoke City in the summer of 2018. Jose Mourinho swooped for the 35-year-old goalkeeper as cover for David De Gea and Sergio Romero, allowing youngster Joel Pereira to leave on loan.

He’s played a grand total of two games in four years at United and will likely leave come the summer.

His spell at the club will probably be best remembered for going on the radio and talking about Cristiano Ronaldo’s aversion to apple crumble.

“He thought I was winding him up, he was on his way down to Plymouth,” Bolton manager Neil Lennon said after his young defender joined United on loan for the second half of the 2014-15 season.

Kellett had just spent a three-month spell on loan at League Two Plymouth Argyle and had only made his senior Bolton debut a week prior to his move to Old Trafford.

A handful of appearances for United’s Under-21 side followed before he returned to Bolton and joined Wigan on a permanent deal.

Kellett was released by the Latics at the end of 2017-18, and spent a year at Notts County before joining Guiseley in the National League North.

Plenty of excitement surrounded Zaha when he agreed to join United from Crystal Palace in a deal worth up to £15million in 2013.

The 20-year-old was initially loaned straight back to the Championship club, who he helped win promotion, but he failed to establish himself at Old Trafford and eventually rejoined the Eagles.

“When I was at Palace, we signed him back from there and he was very, very disillusioned,” Neil Warnock told talkSPORT.

“It surprised me because he said the manager never spoke to him while he was there.

“When you’re a young player going for a lot of money, I think you’ve got to have an arm around them. You’ve got to talk to them and try and find out if there’s anything you can help them with.

“But he said he never had a conversation with Sir Alex. It was strange.”

Powell was considered one of the most talented youngsters in the country when he left Crewe for Old Trafford in a deal potentially worth £6million in 2012.

The 18-year-old was described as an “exceptional talent” by Sir Alex Ferguson and scored on his first-team debut against Wigan, who he later joined on loan.

Another loan spell at Leicester City was cut short amid reports of the player frustrating the coaching staff due to a poor attitude and he was eventually released by United in 2016.

He rebuilt his reputation at Wigan, helping them to promotion from League One, before joining Stoke on a free transfer in 2019.

Not that one. This Reece James joined United as an 18-year-old from Preston yet to make a senior appearance.

After being nominated for the Red Devils’ Reserve Player of the Year award, James was involved in Louis Van Gaal’s first pre-season and went on to make his only competitive appearance for the club in the 4-0 defeat to MK Dons in the League Cup.

After three seasons with Wigan, the defender joined Sunderland in 2018 and then Doncaster a year later. He’s now at Blackpool in League One.

After being relegated with Newcastle United and suffering with a host of injury and fitness problems, there were plenty of questions about Owen’s future in the game when he joined United on a heavily incentivised contract.

In his three years at the club he scored just five league goals, but the famous injury-time winner in the Manchester derby and a Champions League hat-trick against Wolfsburg were possibly the last great moments of his career.

Despite West Brom’s relegation in 2006, Kuszczak had impressed sufficiently to earn a loan move to United as Edwin Van Der Sar’s backup.

The Baggies went on to be beaten in the play-off final in the goalkeeper’s absence, and Kuszczak joined the Red Devils in a permanent transfer once his loan deal had ended.

After five years at the club, the Poland international’s contract expired and he hit out at Ferguson, accusing the manager of pricing him out of a move.

“I always said that I want to play, I asked for permission to leave,” he said. “At United, they said they would let me go. But for £5million.

“Shay Given had three years on his deal at City and was sold to Villa for £2million. I had one more year at Old Trafford and they wanted £5million. This sum of money was unacceptable.”