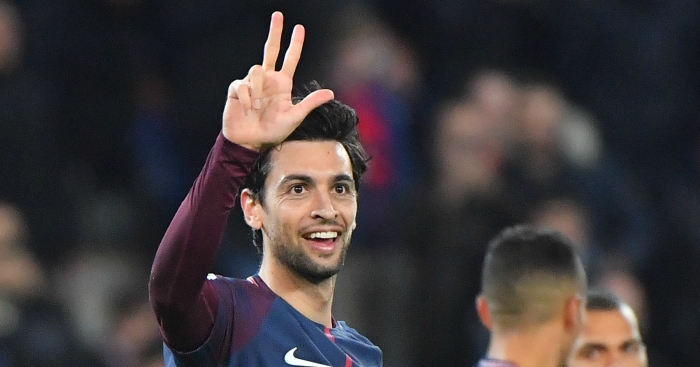 Liverpool, Arsenal and Chelsea players could all be on the move this January if early indications are anything to go by.

With the 2018 World Cup getting ever nearer, there are a number of players looking to boost their chances of earning a plane ticket to Russia by playing more first-team football.

And we’ve picked out seven players whose futures already appear uncertain at their current homes.

Pastore may have scored and provided an assist against Nantes at the weekend, but the attacker has been out of favour at PSG and is keen to be playing regular football ahead of the World Cup this summer.

The 29-year-old looks set to bring his six-year association with PSG to end with a move to Inter Milan. Despite saying he was “not thinking about a transfer” at the weekend, Pastore also concluded: “It’s more likely that I’ll go to Italy.”

The Argentine’s agent, meanwhile, has been talking up a move to the San Siro.

Marcelo Simonian told FCInterNews.it: “Luciano Spalletti is a great coach, the best in Italy. Bringing in Pastore would be a historic opportunity for the Nerazzurri to get back to their winning ways of the recent past.

“We’ll see if their Chinese owners can sniff out a deal and make the most of having those two phenomenal Inter directors on their books.”

#Chelsea, Liverpool and Inter Milan have been told to pay £18million if they want PSG midfielder Javier Pastore. [L’Equipe]

“The problem is we have strikers who have been training for four or five months and he has been in and out,” Jurgen Klopp said last week when asked about Ings.

“In his position we have Roberto (Firmino), Daniel (Sturridge) and Dominic (Solanke) and they were always involved, more or less. I cannot make the squad bigger.”

Ings has been playing “like a coach on the pitch” for Liverpool’s Under-23s, according to reserves boss Neil Critchley, but the striker has just 17 minutes of first-team football to his name this term.

Long-term admirers Newcastle appear the most likely destination, with Liverpool thought to be willing to listen to loan offers. Rafa Benitez is keen to sign a new striker with current forwards Dwight Gayle, Joselu, Ayoze Perez and Aleksandar Mitrovic mustering just six goals between them.

After establishing himself as a mainstay at Barcelona since being converted into a centre-back at the Camp Nou, Mascherano has found himself in the unfamiliar position of being used sparingly this term, with Gerard Pique and Samuel Umtiti the preferred options at the back.

“In Barcelona, it is obvious I am not playing at the frequency I played before,” the 33-year-old said earlier this month. “I’m still playing, I’m still competing, I’m in a team where every game I play is because I earn it in training, but it’s clear there are many times you want to play more.”

A return to Argentina with River Plate has been mooted. He’s priced up at 2/5 to stay with Barcelona but a return to Liverpool is actually more likely according to Bet365 who have him at 2/1 to make the move back to the Reds.

Yet to appear for PSG this season amid their embarrassment of riches and now training with the club’s reserves, Ben Arfa’s mercurial career has taken an all-too-familiar turn.

“I have crossed paths with Hatem every now and then and each time we have spoken a bit,” new Leicester boss Claude Puel said earlier this month. “I appreciate the player but I also appreciate the person.”

The person himself is said to be struggling with “old demons” due to his PSG exile, according to friend Sylvian Idanger. A change of scenery might be what one of football’s great entertainers needs.

Karim Benzema on Hatem Ben Arfa: "He has talent at Messi's level. I am not fooling around. It hurts me to see his current situation at PSG." pic.twitter.com/WMhja54NJB

“I don’t know how you get in an England squad without getting in the Arsenal team,” Gareth Southgate recently told reporters after leaving Wilshere out of his latest England squad.

Given he has played 25 minutes of Premier League football this season and is out of contract in the summer, don’t be surprised to see the midfield leave north London for either another English club are somewhere further afield if he is serious about going to the World Cup.

Alright, he’s 33 now and has started just once for Atletico in La Liga this season, but with Diego Costa soon available to play and Torres reportedly keen to return to England, such a move should really be welcomed with open arms.

Having served his time in Chelsea purgatory with a typical loan move last season, Musonda seemed to be expecting to be involved much more for the Blues this season than two League Cup starts and two substitute outings in the league.

An Instagram rant was probably not the best way for the attacker to vent his frustration at Stamford Bridge. He’s probably going to end up out on loan again, isn’t he?