Seven players who came out of hiding for big games: Clyne, Bertrand, Powell… 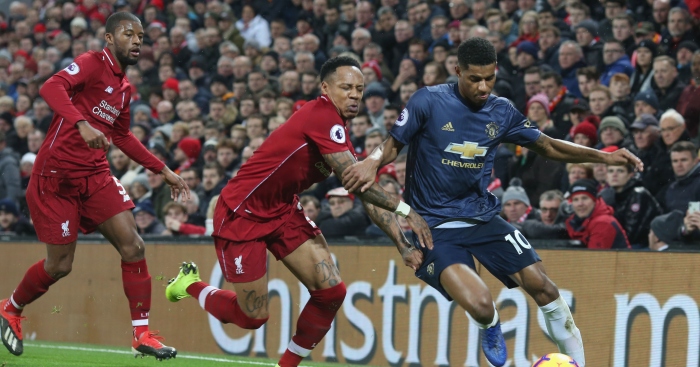 Liverpool, Manchester United and Chelsea men are among the players to have made surprise appearances in huge fixtures.

Whether it be due to injuries, suspensions or just a maverick decision from a manager, players are sometimes handed a shock opportunity out of the blue.

We’ve taken a look at seven to come back from the abyss to appear in big games.

A fair few Liverpool fans might have been worried to see Clyne’s name on the teamsheet for their Premier League encounter against Manchester United.

The right-back has been a solid player for the Reds in the past, but that’s the operative part: the past.

It was Clyne’s first league appearance of the season, and only his fourth appearance in the competition since the start of the last campaign, but he did his job ably in a 3-1 win for the hosts.

Jurgen Klopp was full of praise for the England international afterwards, labelling the player “amazing”, specifically for getting out of Xherdan Shaqiri’s way when the forward bagged Liverpool’s second goal.

“We were all a bit afraid that Clyney might shoot when Shaq scored,” he said. “If Clyney would have scored tonight it would have been a real sensation!”

Also wtf is a Clyne. Last time the bloke started in a big game electricity hadn’t been invented and he came in like he’d been playing week in week out. Massive to have him back so consistently with the injuries we have.

Bertrand had broken into Chelsea’s first team in April 2012 but had yet to play a minute in Europe before that year’s Champions League final.

We might have expected him to be in the matchday 18, but a debut in the final is another thing altogether. A debut on the wing, when he was known as a full-back? That turns things up another notch.

There are many, many reasons why Chelsea shouldn’t have won the 2011-12 Champions League, but sticking Bertrand on the wing in the final is definitely right up there.

We’re not sure what it is about finals against Bayern Munich, but Bertrand’s involvement wasn’t even the most bizarre.

Spink had played just once in nearly five years as an Aston Villa player, largely playing understudy to Jimmy Rimmer, but was called into action in the first 10 minutes of the European Cup final when their No.1 went off injured.

Incredibly, Spink stood firm in the face of a Bayern attack led by Karl-Heinz Rummenigge, keeping a clean sheet and ensuring Villa lifted the trophy. Rimmer would leave Villa Park a year later, and Spink would go on to play more than 400 times for the club.

Nigel Spink clutches the ball after the breakdown of a Bayern attack, 26th May 1982#avfc #utv pic.twitter.com/gujjoy2XSC

Not every cameo from the bench against German opposition worked quite as well, though, and Nick Powell failed to become a Manchester United hero in the same competition.

With United fighting for their Champions League lives in Wolfsburg in December 2015, Louis van Gaal turned to his bench and introduced Powell for Juan Mata. The former Crewe man had last played a first-team game 16 months earlier in a 4-0 defeat to MK Dons and barely featured on loan at Leicester in the interim.

If the gamble had paid off, Van Gaal would have been hailed as a genius and Powell would have instantly become a United legend. He currently plays for Wigan Athletic.

Not every Manchester United return ends in failure, though. Admittedly, Paul Scholes is a better player than Nick Powell, but that’s by the by.

Scholes retired from football in 2011, bowing out with defeat to Barcelona in the Champions League final, but he couldn’t stay away. His return would need to be a big one, and he would end up coming back in one of the biggest domestic games possible at the time – the Manchester Derby.

This was back when there was still little doubt about Manchester United winning this sort of game, and so it proved: just days after his ‘unretirement’ was confirmed, Scholes played the final half-hour in a 3-2 victory before scoring the first goal of his return less than a week later.

Per Mertesacker was effectively a glorified mascot by the time the 2017 FA Cup final rolled around, having gone a full season without being named in a starting XI.

However, after returning from injury with a brief cameo in the final league game of the season, the veteran centre-back was called upon to start against Chelsea at Wembley.

And, you know what, he managed to get himself in good enough shape, both physically and mentally, to keep Diego Costa and Eden Hazard relatively quiet for 90 minutes.

If he was smart, he’d have bowed out then and there rather than sticking around for one more season and ensuring he didn’t go out on a high. 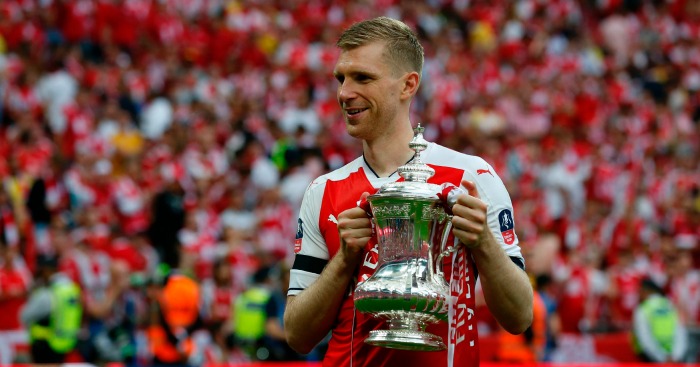 Turkey’s Euro 2008 run went wrong in so many different ways it’s a miracle they even made it out of the group.

After squeaking into the tournament with a 1-0 win at home to Bosnia and Herzegovina, they clawed their way from 2-0 down to 3-2 up in the last 15 minutes of their crucial final group game, only to end the match with 10 men and an outfielder in goal after Volkan Demirel decided to shove literal giant Jan Koller to the ground off the ball.

Then, after winning their quarter-final despite going behind in the 119th minute, they did what’s known in the business as ‘running out of players’. This meant midfielder Ayhan, a 31-year-old who hadn’t even been used from the bench, was handed a start. In a major international semi-final. Against Germany.

He gave a decent account of himself, too, but the Germans went through thanks to Philipp Lahm’s last-minute winner.

17 players who refused to play for their clubs: Scholes, Sterling, Dyer & more