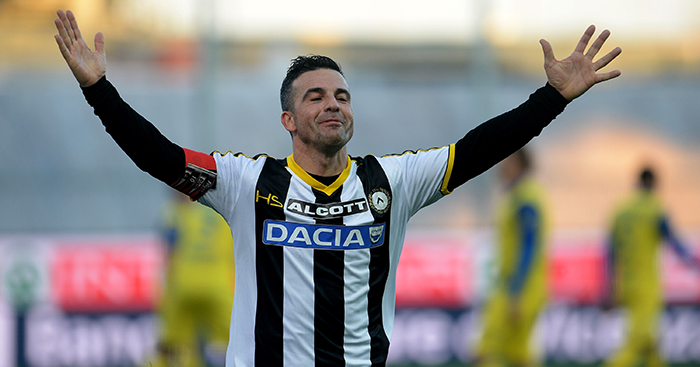 Tradition tells us to expect footballers to be at their best in their mid to late-20s – but occasionally we experience the unexpected joy of a player peaking much later.

A player’s ability through their career typically follows a bell curve in which they gradually improve before reaching their best and then slowing down in their 30s and then retiring.

These players, however, did not follow tradition and all enjoyed the best spell of their careers in their later years.

He then scored 28, 29, 26 and 20 goals in his next four seasons, finishing as the top scorer in Serie A twice and winning the Italian Footballer of the Year award in 2010.

Incredibly, between 2009 and 2011, only Lionel Messi and Cristiano Ronaldo scored more league goals in Europe, and Di Natale was still scoring goals for Udinese in 2016 when he finally retired at the age of 38 – two years after saying he would do so. 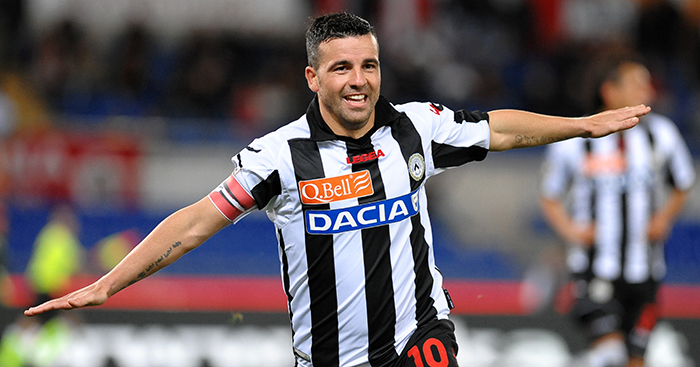 Zlatan would argue he was a world-class footballer from birth, but the Sweden striker has actually scored more than half of his entire career goals since turning 30.

His figures are perhaps slightly inflated by his four seasons with PSG in France, but no matter what you think of Ligue 1, to score 50 goals in 51 games as Ibrahimovic did as a 35-year-old in 2016-17 was quite remarkable.

What’s more, he then headed to England for the first time in his career and scored 28 goals in a season for Manchester United before crossing the Atlantic to break America, too.

Now he’s back at AC Milan, and an impressive second half of 2019-20 proved he shows no signs of letting up. 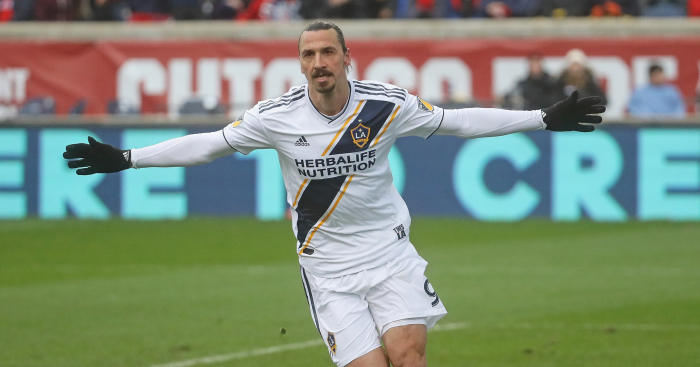 READ: Ranking 13 of Zlatan Ibrahimovic’s goals in order of ridiculousness

If you were to build the perfect target man, it would probably look something like Luca Toni: 6ft 4in tall, with great strength, heading ability, hold-up play, and most importantly a fantastic knack of finding the back of the net.

But Toni didn’t play in Serie A until he was 23 and did not really shoot to prominence until four years later, in 2004, when he helped Palermo to promotion from Serie A and won his first cap for Italy.

He made his first big move a year later, joining Fiorentina as a 28-year-old, and after two successful seasons in Florence moved to Bayern Munich as he turned 30 and scored a career-best 39 goals in 46 games.

He looked to be following the usual bell curve after that until, remarkably, aged 36, Toni made Hellas Verona the 15th career of his club and proceeded to score 44 goals across the next two seasons and become the oldest ever player to finish as the top scorer in Serie A as a 38-year-old in 2015.

Senna started his career in his native Brazil and made only 25 appearances in his first two seasons with Villarreal, who he joined as a 26-year-old in 2002.

He established himself in his third, however, and in 2006 was granted Spanish citizenship aged 29 in order to represent the national team.

Manchester United attempted to sign the midfielder that summer, but Senna remained at Villarreal and in 2007-08, aged 32, enjoyed the best season of his career as he helped the Yellow Submarine finish second in La Liga before winning the European Championship with Spain.

He was included in UEFA’s Team of the Tournament and was later named Spanish Player of the Year – and he played on in La Liga for a further five seasons before leaving for New York Cosmos, where he played for three more years before finally retiring aged 38 in 2015. 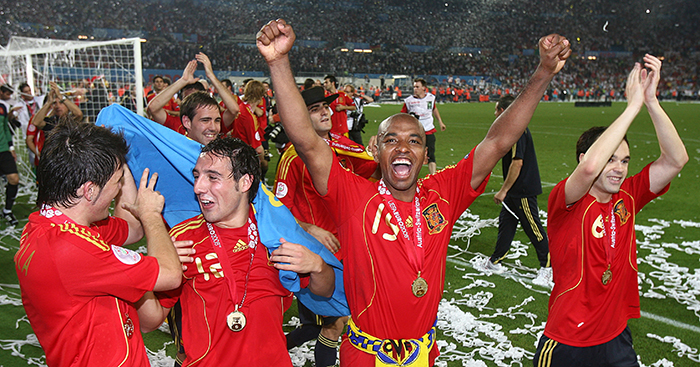 READ: The deferential dictator: Marcos Senna and the blossom of Spain’s golden age

Vardy isn’t the only player who worked his way from non-league to the Premier League, but it doesn’t make it any less remarkable that he was playing for Fleetwood Town in 2012.

He joined Leicester City that year for £1million, a record fee for a non-league player, but few could have predicted what was to come when he scored only four goals in his first season in the Championship.

He scored 16 goals the following campaign as Leicester were promoted, but though he adapted well to the Premier League, a tally of five goals in 34 appearances in 2014-15 was nothing to shout about.

The following season, however, aged 29, he suddenly found a level literally nobody realised he had, scoring 24 goals as the Foxes incredibly won the Premier League.

He also forced his way into the England side and scored another 85 goals over the next five seasons to date, proving wrong anyone who ever said a diet of Red Bull, coffee, port and nicotine was not conducive to a career after 30 in football. Sunday League players rejoice.

READ: How the f*ck is port and Red Bull fan Jamie Vardy still this good?

Bierhoff scored an impressive 37 goals in 70 games for Germany, but he failed to make an impression in the Bundesliga early in his career and did not make his debut for the national side until he was 28.

By then a star for Udinese, Bierhoff stepped off the bench to score both goals in the Euro 96 final that year and earned himself a move to AC Milan as a 30-year-old in 1998 after top scoring in Serie A.

He scored a hat-trick to seal the title for Milan in his first season at the San Siro and went on to be named German Footballer of the Year.

Bierhoff played on until he was nearly 35 and even managed to score a hat-trick in his final ever game in Serie A for Chievo.

He had spent much of his club career until that point in the lower divisions in Italy, also spending a season on loan at Everton, but in 2001 his form for Perugia earned him not only that first Italy call-up but a transfer to Inter.

Incredibly, he stayed for 10 seasons, winning five Serie A titles, four Coppa Italias, four Supercoppas, the Champions League and the Club World Cup, as well as the World Cup with Italy.

He was named the Serie A Defender of the Year as a 33-year-old in 2007 and played on until he was almost 38 before, after three years out of the game, he returned to the field again as player-manager of Chennaiyin FC, making seven appearances in the Indian Super League.

How the f*ck is port and Red Bull fan Jamie Vardy still this good?