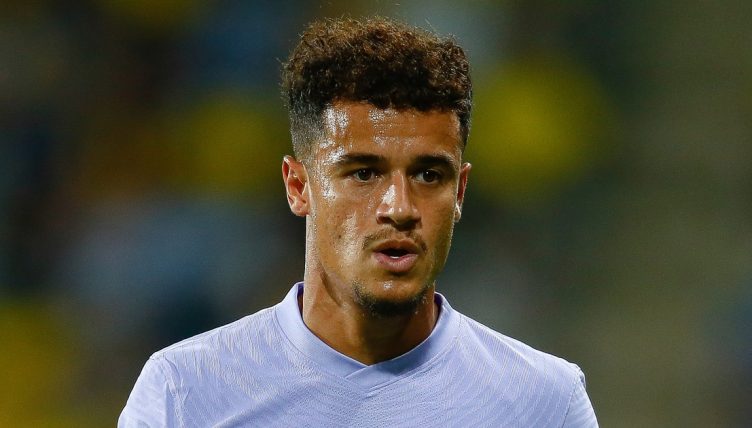 As the delirious fans drinking #cans outside St James’ Park will tell you, Mike Ashley is gone and Newcastle United are now the richest club in world football.

While members of the Toon Army nurse their hangovers, and legitimate concerns about the human rights record of their new Saudi Arabian owners are aired, attention will quickly be drawn to who Newcastle will buy with their new riches.

We’ve ignored fanciful targets like Erling Haaland to bring you seven realistic(-ish) targets for Newcastle in the January transfer window.

The last two Premier League clubs taken over by the richest owners around made significant statement signings in their first dip into the transfer market and Coutinho could well be Newcastle’s equivalent purchase.

His time at Barcelona has been so torrid that it’s easy to forget how talented the playmaker really was back in his Liverpool days. This is a player whose career has stalled.

With Barca’s finances in a torrid state and Newcastle needing an injection of creativity, a move for Coutinho could suit all parties.

Newcastle’s defence needs sorting. In seven Premier League games this season, Newcastle have conceded 16 goals while their defence has all the chemistry of a lukewarm Tinder date.

Koulibaly was linked with Newcastle the last time the takeover looked like it might happen and will be again. The Napoli centre-back has attracted attention from Europe’s top clubs but none have taken the plunge on the 30-year-old.

He may not have much resale value, but you can overlook that when you’re worth £350billion. He’d be an incredible signing for Newcastle.

Ramsey has not prospered since leaving Arsenal.

After running down his contract, the Wales international joined Juventus in 2019 on a bumper contract but has failed to impress with his performances in Italy.

Although he won Serie A in his first season, Ramsey only managed 24 league appearances in his debut year and 22 last term.

With Juventus reportedly willing to offload the midfielder for a small fee, Newcastle may take the plunge and sign a classy operator with a point to prove.

A player with immense talent, Dembele has still managed to infuriate Barcelona fans with his inconsistent performances since a €105 million deal back in 2017.

The forward’s contract at Barcelona expires next summer and is yet to agree a new deal at the Camp Nou. He’ll be free negotiate with clubs in January and his club will be desperate to cash in.

Could he add fresh impetus to a forward line that includes Wilson and Saint-Maximin? With other Premier League clubs, including both Manchester teams, also rumoured to be interested, competition could be fierce for the 24-year-old.

Newcastle made a loan bid for Lingard in January but were rejected in favour of West Ham.

Having shone in east London, the midfielder played his way back into the England team and will want to ensure a place in next year’s World Cup squad.

His chances won’t be improved by a bit-part role at Manchester United, so perhaps it’ll be second time lucky for Newcastle if they attempt to lure Lingard to St James’ Park.

After being tipped to become Manchester United and England’s first-choice goalkeeper at various points this year, Henderson enters the end of 2021 as neither – and not looking likely to dislodge David de Gea or Jordan Pickford.

While Newcastle are well-stocked with keepers, Henderson would be an upgrade on Freddie Woodman, Karl Darlow and Martin Dubravka and the 24-year-old would represent a long-term investment for the club.

Newcastle reportedly made a verbal offer for Kamara over the summer and signing the 21-year-old would represent a real coup.

While Kamara rejected the chance of moving to St James’ then, renewed ambition and opportunity may cause the highly-rated Marseille midfielder to reconsider his stance.

After representing France at U21 level, a deal for Kamara would demonstrate that Newcastle are looking to build real foundations for the future rather than simply signing the biggest names at the biggest prices.

And that would be a statement.