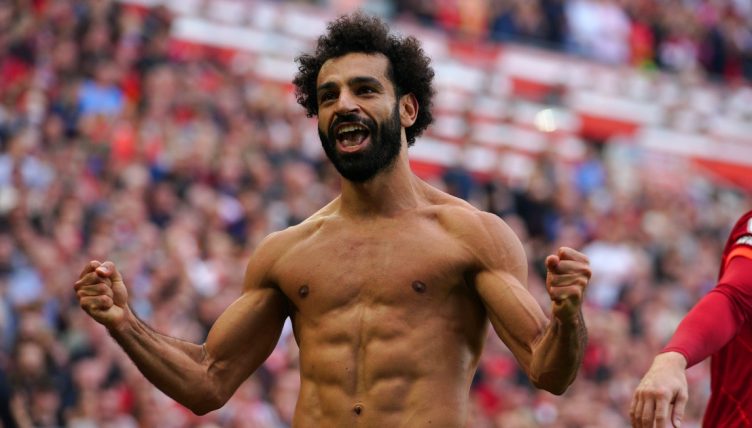 Since he signed for Liverpool in 2017, Mohamed Salah has gone on to become a bona fide club legend, scoring well over 100 goals and helping the Reds to their sixth European Cup and 19th league title.

And in that time, as well as picking up the major silverware, he’s set plenty of individual records with his incredible goalscoring feats in the English top flight.

Here, we’ve rounded up 11 of the most impressive stats from Salah’s time in the Premier League so far.

– Having scored in 24 of his 38 league appearances in 2017-18, the Egypt international holds the record for most games scored in during a Premier League season.

– His 32 goals in 2017-18 saw him become the first player to outscore three Premier League teams in a league season.

How to break a @premierleague record by @MoSalah 👑#OnThisDay in 2018, the Egyptian King netted his 32nd top-flight goal of the season and made history! 🤗 pic.twitter.com/mbLH6sjwyq

– Salah scored 25 left-footed goals in the Premier League in 2017-18, the most by any player in a single campaign in the competition’s history.

– Liverpool’s No.11 won three Premier League Player of the Month awards in 2017-18, no player has ever won that many in a single season.

– He holds the record for most consecutive winning appearances in the Premier League after recording 33 straight victories from March 2019 to February 2020.

– After scoring against Norwich City in August 2021, he became the first player to score on the opening day of five consecutive Premier League seasons.

– In October 2021, the forward became the first opposition player to score a Premier League hat-trick against Manchester United at Old Trafford.

Hat-trick ✅ Assist ✅ Player of the Match ✅@MoSalah’s performance on Sunday simply had it all 🙌 pic.twitter.com/0A4pEwZ8m9

– He also scored two goals against United at Anfield in April 2022 and became the first player to score five goals against the Red Devils in a Premier League season.