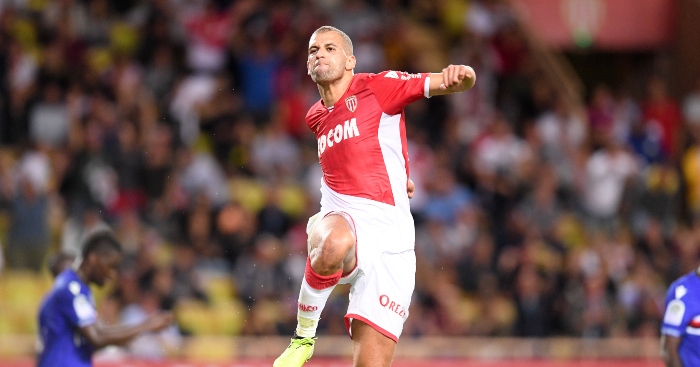 The Premier League is still seen as the place to be for many players – but a change of scenery over the summer has worked wonders for these players.

Whether it be because of their own struggles, the brilliant performances of someone else, a new signing in their position or just old Father Time, every player has to deal with losing their place eventually.

But here are seven players who, having found themselves unwanted at Premier League clubs, have found a new lease of life away from these shores.

Given Alisson Becker’s issues with fitness and suspension, Mignolet would finally have been given the run in Liverpool’s first team he craved this season. But by the time the Brazilian had been ruled out, Mignolet had already made the £6.4million switch to Club Brugge.

And the 31-year-old has relished establishing himself as a No.1 once more, with Brugge sitting top of the Belgian league with by far the meanest rearguard having conceded just six times in 16 matches, 10 fewer than the next best.

“I think a lot of people in Belgium maybe thought I was happy to sit on the bench, that I wasn’t prepared to challenge myself and compete,” Mignolet told Goal in November. “That wasn’t true, and never will be. I still have the hunger to play, and I want to show that.”

Having seen his form and fitness criticised during his second season at Manchester United, Lukaku waved goodbye to England to join Antonio Conte’s Inter for €80million in the summer.

Conte wanted to sign Lukaku for Chelsea, and it has finally proved a match made in heaven, with the striker bagging 10 goals in his opening 14 league appearances and Inter sitting pretty at the top of Serie A.

Even though he is still technically on the books at Leicester, it seems highly unlikely Slimani has a future at the King Power Stadium.

After arriving for a club-record £28million fee from Sporting Lisbon three years ago, the striker scored just eight Premier League goals and endured disappointing loan spells at Newcastle and Fenerbahce.

Now 31, he finds himself on loan at Monaco but has rediscovered his form in France, with six goals and seven assists at a rate of a goal or assist every 65.4 minutes in Ligue 1.

Monreal made 251 appearances in his six and a half years at Arsenal, including the first three Premier League games of this season, but the Gunners allowed him to join Real Sociedad at the end of the transfer window following the arrival of Kieran Tierney.

The 33-year-old has since played every single minute of every La Liga game for Sociedad, scoring in a 2-0 win over Atletico Madrid on his debut and helping the Basque club win seven and draw one of those 12 games to sit fifth, only five points behind Barcelona and Real Madrid at the summer.

After such a stellar World Cup with England, Trippier undoubtedly failed to live up to expectations with Spurs in 2018-19 yet it still seemed strange the right-back was sold to Atletico Madrid in a £20million deal to little fanfare – especially without a replacement lined up.

Trippier has impressed in Spain, with Diego Simeone the perfect manager to help solve any of the full-back’s defensive issues, while his delivery from wide areas remains a huge asset.

“The most important thing is I’m enjoying my football,” Trippier told The Guardian in November. “I’ve come to a different league, different surroundings, different culture, everything. And maybe the new challenge has woken me up.

“It was there to see last season that sometimes my concentration was lacking. Sometimes it led to goals, I know that. And I’ve said many times over the last 16 months my defending needs to improve.

“People questioned the move, but it was the perfect team. If I play for Cholo [Simeone], I know defensively I can improve.”

"When Atletico were interested I didn't have to think twice.."

If the striker scores four more goals between now and the end of the season, it will be his most productive top-flight campaign ever.

Lukebakio’s Watford career amounted to 16 minutes in a 2-0 defeat at West Ham after being signed from Anderlecht in January 2018.

The striker was sent out on loan to Fortuna Dusseldorf last season, where he caught the eye with 11 goals in all competitions, including a hat-trick against Bayern Munich.

Still just 22, that wasn’t enough to earn Lukebakio a chance in the Hornets’ first team, and he was instead sold for a reported £20million fee to Hertha Berlin.

The Belgium Under-21 international has picked up where he left off in Bundesliga, average a goal or assist every 108.4 minutes (three goals, four assists), including yet another strike against Bayern.