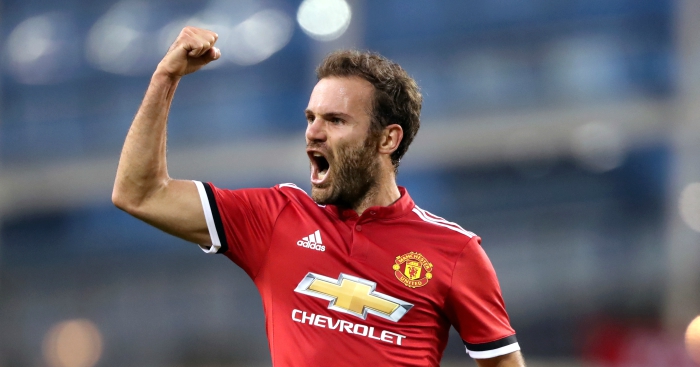 Juan Mata is a fine footballer and an even finer human being. You don’t need to be a Manchester United fan to have a place in your heart for Juan Mata.

The Spaniard is an absolute joy to watch when on top form, and Premier League fans have been getting to see him week in, week out since 2011 when he joined Chelsea.

He then moved to Old Trafford in 2014 but has retained his place as one of every neutral’s favourite players. Here are seven reasons why.

Even in this modern era of statistic-driven opinion, there are some players who everyone knows you have to watch to truly appreciate.

Mata is definitely one of those. Other midfielders might score more goals or claim more assists, but very few can provide quite as much joy.

We could watch his dribble against CSKA in December 2017 all day long.

If you didn’t know already, Mata owns a tapas bar in the centre of Manchester, which is cool enough on its own, but it also, of course, qualifies him to compare his team-mates to various dishes.

Zlatan Ibrahimovic is likened to a sirloin steak, Daley Blind to churros and David De Gea is best described as a fried squid, apparently.

Let’s be serious for a second, shall we? Away from the pitch, aside from eating tapas, Mata is driving his Common Goal charity, which continues to build pace.

The charity fund is asking for footballers to pledge 1% of their wages to a collective fund which goes to football charities around the globe.

Among the players to have committed are Mats Hummels, Giorgio Chiellini and Shinji Kagawa. English players Charlie Daniels, Alfie Mawson and Duncan Watmore are also on board, while UEFA President Aleksander Ceferin has also joined the cause.

Such is his will to communicate with supporters and share his love and insight into the game, Mata shares regular blog posts on his website.

Many footballers are accused of being disconnected with average fans, but that accusation could never be aimed at Mata.

Hi! Here is my latest post. One Hour Behind: 'Champions and derby in a crucial week'. https://t.co/L16Fi88CKX

Moving to Chelsea from Valencia in 2011, Mata was a key player for Chelsea in their cup-double winning season, the Spaniard claiming an assist in the Champions League final.

One year later, he assisted Branislav Ivanovic’s winner in the Europa League final, but even that didn’t convince inbound manager Jose Mourinho.

Mourinho arrived back at Stamford Bridge and sidelined Mata, regularly leaving him on the bench before his eventual sale to United in January 2014.

Reunited with Mourinho at Old Trafford, Mata maintained his position a mainstay of the United side, consistently putting in excellent displays and coming up with the goods.

Just being so damn cool

Are you even human if you don’t fancy him just a little bit?

It was great to see some old friends at the @UEFA HQ 🏆😎. Can you name them all? 🤔 pic.twitter.com/IkdXmchhyC

We’re not really sure how he manages to find the time to be so good at football, run a tapas bar (and regularly be eating there if reports are true), run a charity and still do so much.