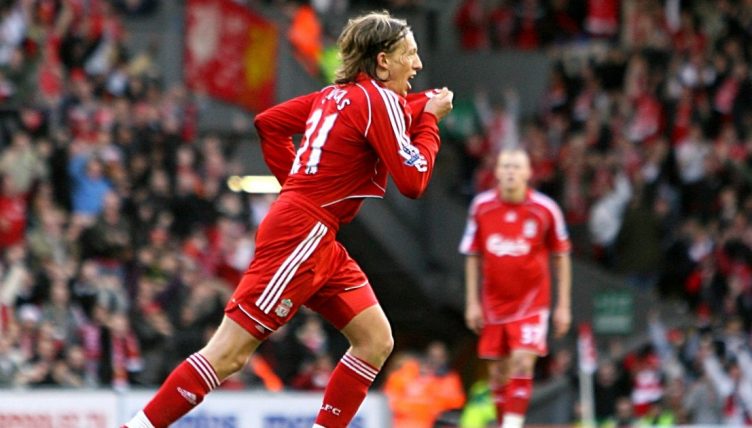 He spent 10 years at Anfield before leaving for Lazio in 2017, earning himself a testimonial dinner in which team-mates lavished him with praise – and several of them paid tribute to him again when his move to Serie A was confirmed.

Here are seven reasons why the Brazilian is shown such love and respect by everyone associated with Liverpool.

He went from zero to hero

Liverpool fans pride themselves on their support, but they are also not afraid to let a player know when their performances aren’t up to scratch.

A year into his Liverpool career, Lucas was booed by a vocal section of the home support following a frustrating 0-0 draw with Fulham, but being the good egg that he is, he did not hold a grudge.

“You have to understand the supporters,” he said. “They were expecting Xabi Alonso that time and he was on the bench.

“The game wasn’t good, we were not playing well so I understand. Playing well is the only way you will change it.”

Rafa was right. Two years later, Lucas was named the club’s Player of the Season.

Despite his development, his status at Liverpool and his obvious commitment to the club, there were some he could never win over. But, typically, Lucas bites back…

don't you get tired to criticise me mate ? Enjoy the win today and clean sheet .

He was a leader

The Liverpool players may have looked like they were being held captive and forced to speak into the camera under duress, but the fact they were willing to come together to do this for a departing team-mate speaks volumes about the regard he is held in.

As the player to have been around the longest, Lucas was often the man new signings could turn to, especially the foreign recruits. And Birmingham-born Daniel Sturridge…

Jordan Henderson said: “Any person joining Liverpool Football Club, regardless of age, status or experience, who is looking for a role model or an example to follow then, for me, you look no further than Lucas Leiva.

“It doesn’t matter to Lucas whether you’re from Runcorn or Rio, he’ll make time for you and look to offer his experience to help individuals or the team when it’s needed.”

He reinvented himself. Twice.

‘Side before self, every time’. That was Billy Bremner’s motto at Leeds United, but it can just as easily be applied to Lucas’s outlook.

It may be hard to believe now, but he actually arrived at Liverpool as an attacking midfielder.

South American football expert Tim Vickery introduced him to Reds supporters as thus: “He’s an exciting player of a type that Brazilian football hasn’t produced too many of recently.

“Of late their central midfielders have tended to be ‘holders’ who sit and allow the full-backs to push forward. Lucas is different.

“He’s a big, blonde figure whose power and physical strength comes with attacking ability. He can pass well and loves to rumble forward. He gets on the scoresheet both with blistering shots from range and from bursting beyond the strikers.”

Benitez reined in his attacking instincts and turned him into exactly the type of midfielder Vickery described Brazil as having a glut of.

Then, later in his career, Lucas was shifted even further back to do a job at centre-half. And a decent fist he made of it too. Andy Carroll described him and Gary Cahill as his toughest opponents

“Oh my God. He played centre half against us,” Carroll told the Daily Mail. “I don’t know what it was. Every time I went for the ball he gave me a little nudge, the referee was never going to give a foul and I never wanted a foul, but he did me every time.

“Just judging me so well and knocking me off balance. I couldn’t play against him.”

He refused to leave

Carroll isn’t the only one who has failed to lose Lucas. The Brazilian has been linked with moves away from Anfield countless times during his decade at the club, but he steadfastly refused to leave.

Christian Purslow welcomed Roy Hodgson to Anfield in 2010 and promptly told the new manager to get shot of Lucas. In fact, all five managers have signed players to play in his position, with Hodgson bringing in Christian Poulsen instead.

However, Lucas has seen nearly all of them off. Inter Milan, Napoli, Besiktas, and Galatasaray all thought at various stages that they had him in the bag, but Lucas always opted to stay, despite the door being open to leave.

He eventually departed Liverpool as their longest-serving player, with only four other overseas players having stayed longer. And two of those were pre-war.

He was bloody good

After winning the club’s Player of the Season award and signing a new contract at the end of the previous season, 2011-12 promised much for Lucas.

Indeed, his form was epitomised in November by a dominant, man-of-the-match display against Manchester City at Anfield which left Yaya Toure looking for the escape route from the Brazilian’s back pocket.

But only a few days later, during the Reds’ League Cup quarter-final win at Chelsea, Lucas’s season was cut cruelly short an anterior cruciate ligament injury following an innocuous clash with Ryan Bertrand.

In truth, Lucas never regained that swashbuckling form or, crucially, the momentum he had gathered over the previous year. The summer the midfielder hoped to return saw Brendan Rodgers replace Kenny Dalglish, and with him from Swansea, the new manager brought Joe Allen.

Nuri Sahin also arrived, Jordan Henderson was already there and so too, of course, was Steven Gerrard. From being deservedly first choice, Lucas appeared to be fifth.

But, rather than whine, he kept his head down and made himself useful again. 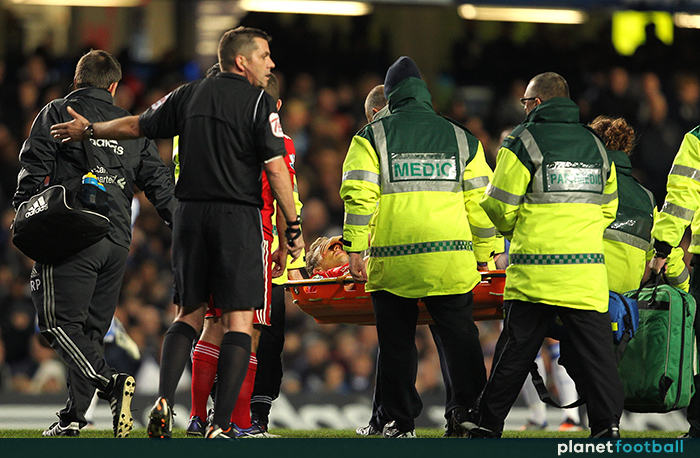 His shooting is awful. But he can tackle…

Despite his pedigree as an attacking midfielder before he joined Liverpool, Lucas knows his limits.

“Here in England when people think of Brazilian footballers they think Robinho or Ronaldinho, doing skillful tricks,” he told The Independent in 2008. “But we cannot forget we have good players in Brazil who do different things. I am a midfielder. I cannot do tricks and things like that.”

Shooting, apparently, is not his strong point either. You can either laugh or cry about these things and, as you might expect, Jurgen Klopp chooses the former…

But as a screening midfielder and, latterly, as a centre-half, goalscoring was not at the top of Lucas’ job sheet. The Brazilian was there to delay, deny, tackle and intercept. And he was bloody good at it.

Lucas understands what it means to play for Liverpool; he understands the significance of the club to the city and what a privilege it is to wear the red shirt.

Like another long-serving foreigner, Jan Molby, Lucas is an adopted Scouser with the accent. His children have been born in Liverpool and his son was integrated at the academy. The Brazilian is also an ambassador for the Liverpool FC Foundation.

For all Liverpool has given Lucas, he has tried as hard as anyone could to repay it.