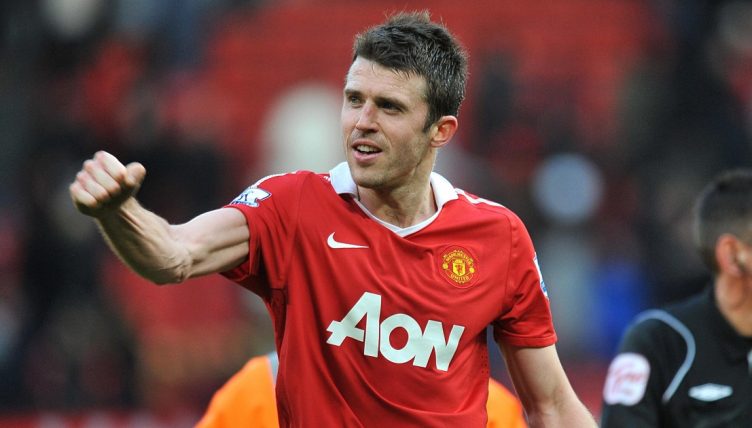 Michael Carrick had a big job on his hands when he joined Manchester United as Roy Keane’s replacement in 2006. Perhaps not even he could have predicted how well things would go.

An £18.6million signing from Tottenham, Carrick polarised opinion at times, certainly in his early years at Old Trafford, but with five Premier League titles, two League Cups, an FA Cup, the Champions League and the Europa League to his name, he can be pretty happy with what he achieved.

Roy Keane’s boots were bloody big ones to fill, but Carrick embraced the challenge of taking on the No.16 shirt the Irishman had occupied for the previous 12 years.

“I think that showed great courage,” said Ferguson at the time. “Sometimes players are a bit superstitious about things like that, but he was keen and said he would gladly take number 16.”

And while Carrick is a completely different character to Keane, he brought with him a range of passing United had missed since the former captain’s acrimonious exit.

“Pass it forward, take risks. You’re not at Leeds or West Ham now you are at Man United,” Keane told Rio Ferdinand during one of the defender’s first training sessions.

It was a mantra Carrick lived by during his 11 seasons at Old Trafford.

The midfielder’s first look is always forward, and when the opportunity is there to move United up the field, he always takes it, more often than not with a perfectly-timed pass to exactly the position the recipient wanted it.

Much of what Carrick does seems so simple – but only because he made it look that way.

In terms of temperament, Carrick is cooler than an Arctic cucumber. Nothing fazed him, no one affected him, he just got the job done.

Robin van Persie lit up Old Trafford and won the fans’ Player of the Year award, but it was Carrick that won the players’ award Carrick after what Ferguson described as the midfielder’s “best ever season for Manchester United”.

“Michael is not a guy that seeks a lot of publicity,” Ferguson told the club’s website. “He is a quiet lad. He goes about his life in a similar way to Scholes. It doesn’t mean he is not recognised by us.

“It is quite refreshing in the modern game that we have players who can rely on their ability, not only by promoting or projecting themselves. Michael is mentally strong, too. He has a different personality to most players.”

Good luck to my good friend @carras16 who is retiring at the end of the season. Great teammate and one of the best I’ve played with. Briliant career and I’m sure he will be very successful in his new role as a coach 👏🏼👏🏼 pic.twitter.com/K2ZByYUxz1

While he lacked Keane’s intensity, so do 99 per cent of people who are able to function in society.

And when Jose Mourinho took over as United manager in 2016, he was quick to install Carrick as club captain. He led by example with his performances but, more importantly, he has the steel, the standards and the attitude of a United captain.

“I can’t get my head around that – to say top four is acceptable,” Carrick said in 2017. “It’s pretty much win the league or nothing for me.”

And when Wayne Rooney said it was down to him and Carrick to “keep the new players maintaining [United’s] ­standards”, adding it “became more difficult over the last few years, with some of the ­players who joined the club”, Carrick struck exactly the right balance between the hard and soft approach.

“That’s fair comment from Wayne,” he said. “I wouldn’t say I’ve got to change the mentality of the players, I just think there’s been a lot of change at the club and when that happens, sometimes it takes a lot of time for people to find their feet and adjust.

“There have been times in the league when standards have dropped – there’s no hiding from that. But that doesn’t mean you can’t get back there again if you keep doing the right things.”

Plenty in the game talk like a winner but lack the self-awareness to ever truly become one. Carrick was never one of them.

During his 11 years at Old Trafford, one performance stood out more than any other when you ask United fans about Carrick – the 2007 destruction of Roma.

Carrick got the party started when he dug the ball out from under his feet to bend it around a defender and the Roma keeper in the 11th minute. His second, United’s sixth was even better; an arrow into the top corner from 22 yards.

“I think they were two of my best goals for United on what was an incredible occasion,” Carrick told United’s official website.

“It was an incredible night and things just kept on going after the first goal. We got another, then a third, then a fourth… it just went on. It was a sensational night.” 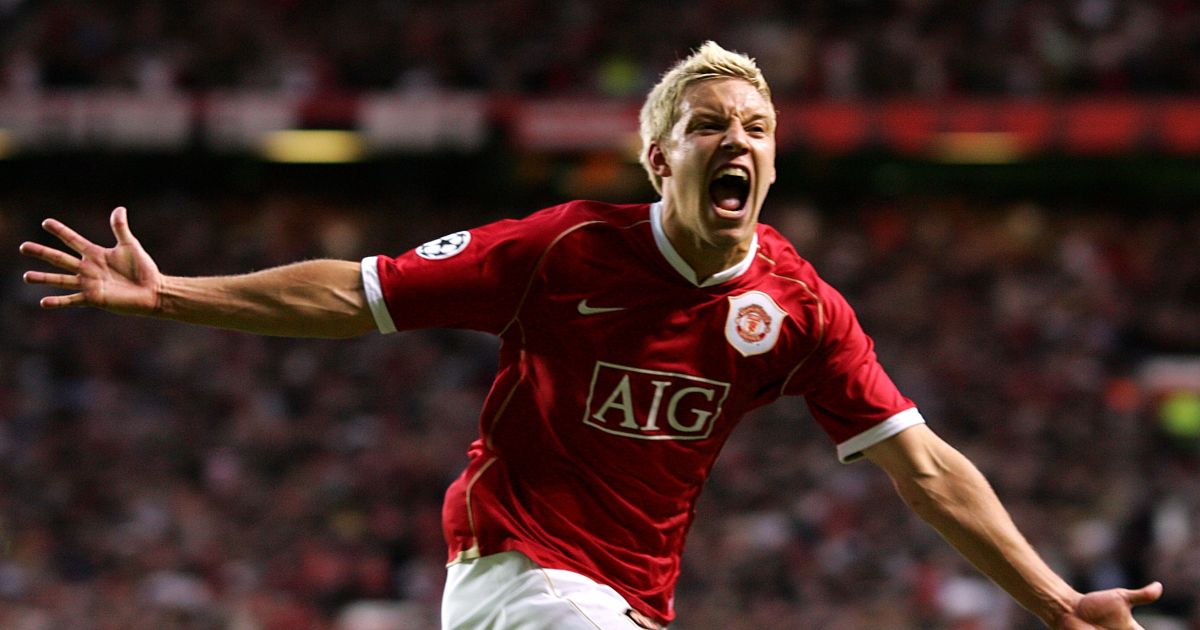 It hardly concerned many United fans, but Carrick was criminally underused by the national team, making only 34 appearances – including just 22 starts – during an international career that spanned 14 and a half years between his debut and his last appearance in November 2015.

Perhaps it was appropriate that Spain were his last opponents for England. “He could play in the Spain national team,” said Xabi Alonso.

“And in United he has been a very important player. I remember him and [Paul] Scholes were like a perfect machine, because Carrick was always in the right position and Scholes was moving around, doing his special things.

“But in the national team Carrick doesn’t play that important a role. I could see him being an important figure in making the team better, but it doesn’t happen.”

Carrick made consecutive starts only five times in almost a decade and a half and played in only one competitive international in six years between 2006 and 2012.

Roy Hodgson didn’t even bother to check whether Carrick was actually retired in 2012 when he picked his European Championships squad and was surprised after the tournament to discover that, in fact, he wasn’t.

The persistent and eventually-fruitless attempts to get Steven Gerrard and Frank Lampard to develop a functioning relationship cost England the services of Scholes and perhaps Carrick too.

The United midfielder alongside either Gerrard or Lampard would surely have given England a far more solid midfield platform.

But, like Scholes, maybe his lack of international recognition enabled Carrick to prolong his United career.

So many fans don’t appreciate him

The England fans who never rated Carrick were not alone. When he first joined United from Spurs, supporters of both clubs seemed distinctly underwhelmed.

Bernie Kingsley, of Tottenham fanzine Cock-a-Doodle-Do, told BBC Sport at the time: “The general view among Tottenham fans is that it is a good deal. I don’t think fans will be desperately upset.

“For that sort of money – and with midfielders Tom Huddlestone and Didier Zokora at the club – it has got to be good business.”

But Mark Longden of the Independent Manchester United Supporters’ Association agreed: “I cannot understand what is going on. I have not spoken to anybody who, when £18.6m became available, would have spent that on Michael Carrick.” 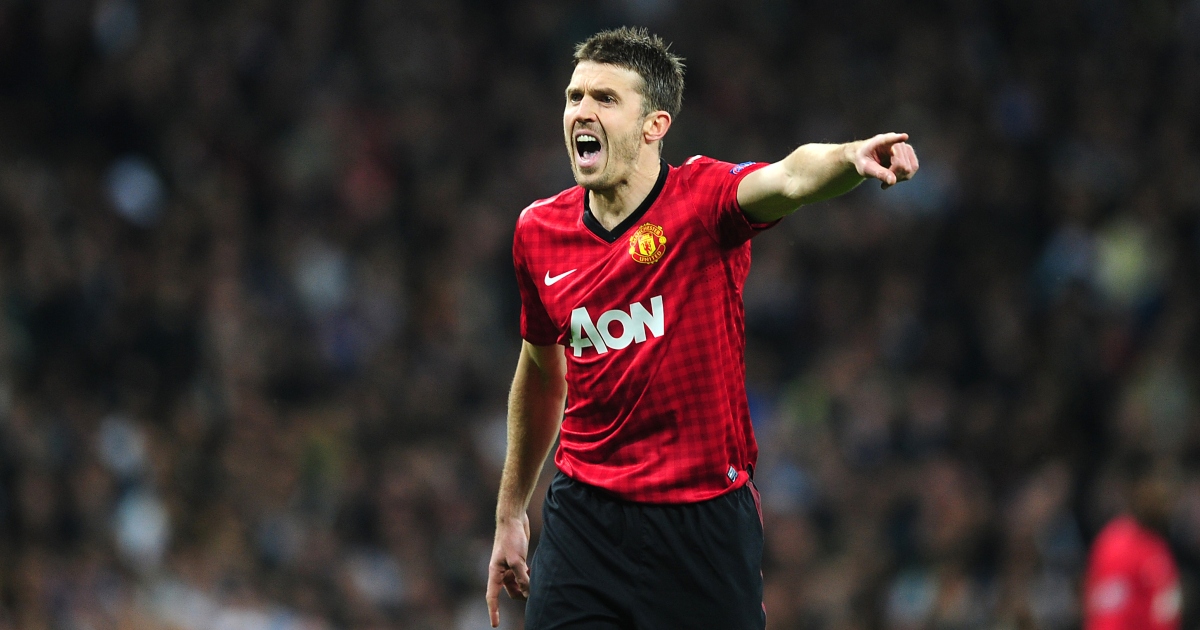 READ: ‘Hard to believe it’s not Scholes’: An ode to Carrick’s sublime 12-13 season

But those who know, know…

Most United fans finally came to rate Carrick as highly as he deserved to be, and they are not the only ones. These guys know a bit about what they’re talking about…

“I am a big fan of Michael Carrick. He is one of the best holding midfielders I’ve ever seen in my life by far. He’s the level of Xabi Alonso, Sergio Busquets in Barcelona and Munich.” – Pep Guardiola

“In English football sometimes it seems hard for people to rate those who instead of shining themselves make the team work as a collective. For example Michael Carrick . . . who makes those around him play. I’ve always seen myself in Carrick.” – Xabi Alonso

“Carrick is a quality passer and he could play for Barcelona; he would be perfectly suited to their game. I think Carrick is an underrated player in England and sometimes not only should the goalscorer be rewarded but the real players at the heart of the game.” – Arsene Wenger

“Scholes and Carrick together was peaceful. It was like going into a bar and hearing a piano playing. It’s relaxing.” – Gary Neville

“He brings calmness to the game and parades around the pitch like a Rolls-Royce. I’ve always found him very easy to play with. He’s capable of doing anything. He can create goals, score goals, he’s a great passer of the ball and is a big strong lad with a lot of presence who can run all day long.” – Paul Scholes

“Michael is a phenomenal person and a true professional. He gives stability in our game and mental freedom to the other guys around him to be more attacking. He has a big understanding of the game and is a great role model for our younger players.” – Jose Mourinho