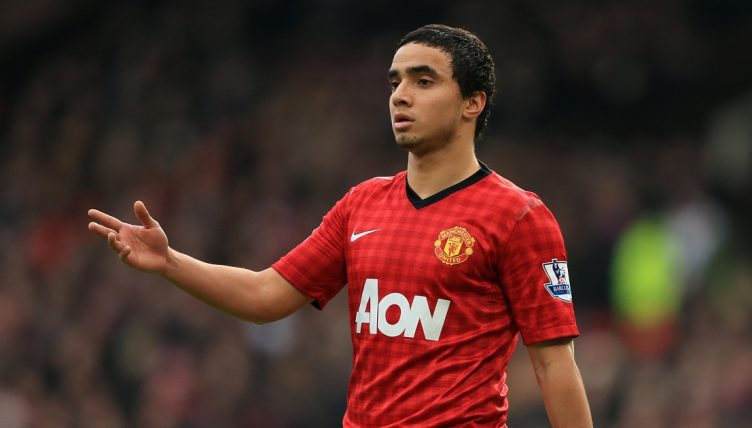 Rafael might not be remembered as one of the greatest Manchester United players of all time, but he’ll definitely go down as one of the most popular.

The defender joined United in 2008 along with twin brother Fabio and spent seven years at Old Trafford before signing for Lyon in 2015.

Neville made the right-back spot his own during his United career, winning eight Premier League titles and two Champions Leagues.

Rafael had some huge boots to fill when he arrived at Old Trafford but the right-back seemed to embrace the challenge.

He was nominated for the PFA Young Player of the Year award in his debut season and became one of the first names on the team sheet under Sir Alex Ferguson, winning three Premier League titles.

“I thought when I left that Rafael da Silva was perfect as a Manchester United full-back,’ Neville told Sky Sports in 2019. “He was tenacious, aggressive, decent on the ball, and he was sold. Maybe rightly so, I’m not sure.” 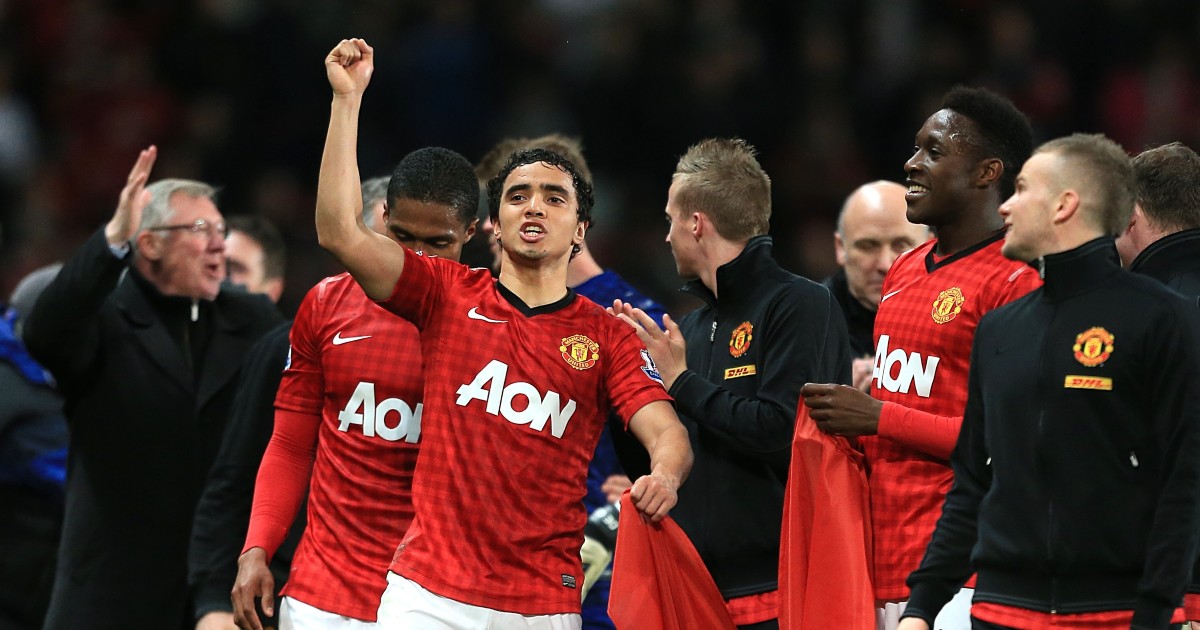 He loved a scrap

Just like his predecessor, Rafael was renowned for his feisty and aggressive playing style and that made him a fan favourite.

The Brazil international would wear his heart on his sleeve and famously confronted former team-mate Carlos Tevez during a Manchester derby in 2010.

“I wouldn’t like to criticise anyone who does this, but personally, I think that when you have a certain identity with one team and then go to a rival, well, I wouldn’t do that,” Rafael told Republik of Mancunia in 2019.

“Maybe because I liked United so much and for him, perhaps, he did not have this same feeling, so maybe that’s the difference.”

He also defended his team-mates by standing up to Liverpool’s Martin Skrtel, Lucas Leiva, Maxi Rodriguez and Glen Johnson after Jamie Carragher had fouled Nani in 2011.

Rafael shows no fear as he stands up to Liverpool players at Anfield, 2011. pic.twitter.com/lrcWXA9jWe

That goal against Liverpool

No matter what else happens in your Manchester United career, if you score against Liverpool at Anfield you become an instant cult hero at Old Trafford. Just ask Diego Forlan.

Rafael scored a few screamers during his United career – including a brilliant strike against QPR – but his goal against the Reds in September 2012 stands out above the rest.

With United 1-0 down, he drove into the penalty area and curled a wonderful left-footed shot into the far corner past a helpless Pepe Reina.

That game against Arsenal

Despite being full-backs, Rafael and Fabio were relieved of their familiar defensive duties and utilised wide on the flanks in an FA Cup game against Arsenal in 2011.

The decision proved to be a masterstroke as Fabio opened the scoring in the 28th minute and the twins celebrated the goal together.

“My brother scored, I got a half-assist, we celebrated for my other brother, we beat Arsenal, we went into the semi-finals… it was just amazing. Perfect,” Rafael told the Manchester United website in 2020.

“For sure I know that my mum was crying afterwards because I spoke to her on the phone and she was in tears.

“My dad… today he will cry in front of us. He never used to before, but I think maybe he cried that day too. It was just one of the happiest days of their lives because we did what we did for them and because of them.”

A favourite recent United photo: Fabio and Rafael against Arsenal in the Cup pic.twitter.com/6MksGHih9I

Rafael may have been from Brazil, but he immediately bought into the local rivalry between Manchester United and Manchester City.

The right-back always seemed to save his best performances for games against United’s rivals and had a great record against them.

After leaving Old Trafford, he was also part of the Lyon squad that beat City in September 2018 and then helped knock them out of the Champions League in August 2020. Once a red, always a red.

Still a red at heart 🔴

While Rafael is universally loved by United fans, the same can’t be said for fellow South American Alexis Sanchez.

Sanchez joined the Red Devils from Arsenal in January 2018 and earned a reported £500,000-a-week at Old Trafford, but the Chile international later admitted that he regretted joining the club.

“I ended up signing without much information about what was happening in the move,” Sanchez said. “The first days that I was with my colleagues, sometimes there are things that you do not realise until you arrive.

“The first training I had I realised many things. I came home and I told my representative: ‘Can’t the contract be terminated to return to Arsenal?’

“They start laughing and I told them that something did not sit right with me. It [the contract] had already been signed.”

His comments drew strong criticism from Rafael who replied to a Sport Bible post of Sanchez’s quotes on Instagram with: “Maybe he saw a ghost and get scared that’s explain why he play so bad every time.”

He just gets it…

United fans often complain that players don’t care about the club and are only interested in money – but that wasn’t the case with Rafael.

“There isn’t a single day that I don’t pinch myself to make sure I am not dreaming about playing for Manchester United,” Rafael said in 2010.

It was immediately obvious that he understood what it meant to play for the club and the defender became the fans representative on the pitch.

I want to thank Manchester United fans for all the love during those 8 years. pic.twitter.com/1YBVEorKZq