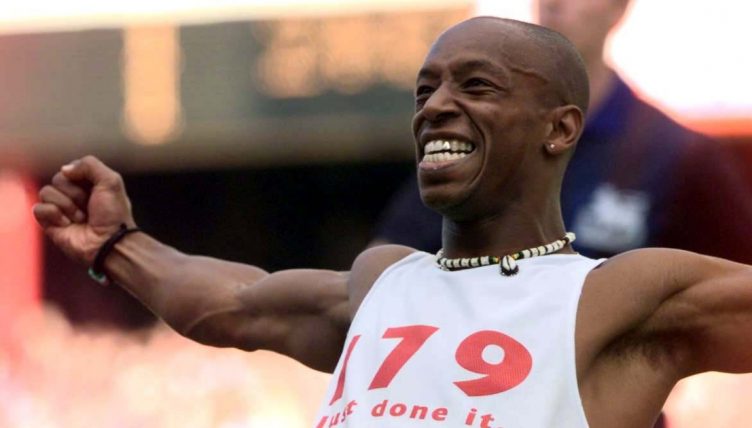 You don’t need to be a Crystal Palace or Arsenal fan to love Ian Wright.

Sure, Wright was a pretty phenomenal goalscorer in his heyday, but more importantly, he just seems like an absolutely brilliant person.

Whenever he appears on our TVs or radios, he makes us smile. Here’s to you, Wrighty…

Turning professional at the age of 21

The man gave us all hope. Three months short of his 22nd birthday, Wright was still playing for semi-professional outfit Greenwich Borough before Crystal Palace boss Steve Coppell received a tip-off from Billy Smith, the manager of Dulwich Hamlet at the time.

Wright was given a trial at Selhurst Park and never looked back as he earned a professional deal. Before his spell at Greenwich Borough in 1985, Wright had only played for a Sunday league club called Ten-em-Bee.

So ladies and gentlemen, if you’re still waking up early on a Sunday to lace up your boots, just remember: you can still make it.

It’s what Wright was paid to do; he duly obliged and then some, averaging just under a goal every two matches throughout his career.

After six years at Palace – where he bagged 90 goals in 225 appearances – the former England international move to Arsenal for £2.5million in 1991.

It was at Highbury where he would really make his mark. He not only hit the net on his debut in the League Cup against Leicester City but also scored a hat-trick versus Southampton on his league debut and finished the season on 31 goals.

At the Gunners he lifted a Premier League title, two FA Cups, a League Cup and the UEFA Cup Winners’ Cup, finishing at Highbury with 128 goals in 221 appearances – a club record until a certain Thierry Henry came along.

He went on to play for West Ham, where he had a successful loan spell at Nottingham Forest, Celtic and finished his career at Burnley.

One of the most heart-warming pieces of footage you are ever likely to see in football. Wright, who had not seen Mr Syd Pidgen for almost 25 years before the clip, was surprised by his former primary school teacher.

Pidgen at the time admitted that Wright probably expected him to have passed away and the former Arsenal striker was visibly emotional to see him.

“You’re alive!” Wright said to him as he broke down and hugged Pidgen. He described his former tutor as the “first main imposing male figure in my life” and “kind of like his special guy”.

And on his appearance on Desert Island Discs, which you really need to listen to, Wright paid further tribute to Mr Pidgen, who has now sadly passed away.

It’s a wonderful man talking about his love for another wonderful man. It’s suddenly got quite dusty in here.

Ian Wright is one of the very, very best❤️❤️ https://t.co/s3Mg3ZtBq9

Part of the reason Wright is so likeable is his big smile, charm and self-effacing personality. Most importantly, Wright knows how to laugh at himself and must be one of the most infectious characters in football punditry.

His appearances on the Monday Night Club and 606 with Kelly Cates are his main gigs on the radio, but it’s his TV appearances where he really comes into his own.

Maybe it’s his dazzling white smile or his obvious love of life that comes across more on the box – whatever it is, it’s made for some quality television in recent times.

Here he is with a quick-witted response after Gary Lineker lays a jibe on him:

And Wrighty isn’t one to let someone get away with saying something he doesn’t agree with, especially Robbie Savage…

From the Football Association to Arsenal, Wright is the last person to beat around the bush – if something needs saying, he’s not afraid to say it.

And that’s what fans want. We want to hear proper opinion rather than cliches churned out by pundits that take the game too seriously. Wright makes it fun…

Strong opinions from @IanWright0 on England and the FA. Let’s hear yours & your questions for #askwrighty. On air at 7pm. pic.twitter.com/sqGXeuUfCG

At some point we can’t quite establish, Wright became somewhat of a fashion icon. Well, icon may be taking it a little too far, but he pulls off outfits that we can only wish we were brave enough to attempt.

For Wrighty, it just works.

Wright was never a stranger to television, guest starring as a presenter on Top of the Pops back in 2004 before signing up to two seasons of his own chat show on ITV named Friday Night’s All Wright.

Since then his television profile has rocketed but he mainly sticks to football. Throughout his career he was always a fan of starring in an advert, and here are some of the best…

READ NEXT: A tribute to Dennis Bergkamp: Arsenal legend and ultimate football genius